Two of the world’s fastest-growing film industries — Cuba and China — are on a mission to produce joint box office hits. 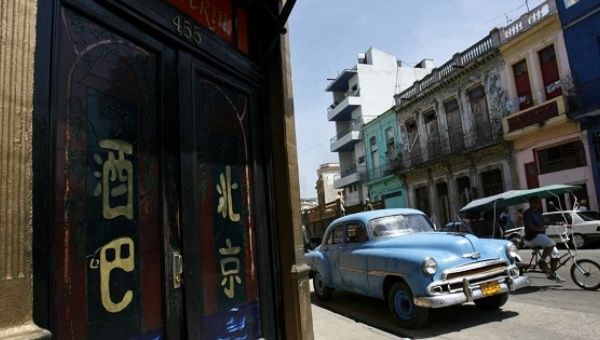 RELATED: Cuba Doesn’t Trust the US, Instead Goes to China for Investment

Ramirez and Shen expressed the intention to expose Cuban and Chinese culture to their respective countries through cinematography, Prensa Latina reports. This includes producing new films with plots featuring characters from both nations.

Last year, Cuban and Chinese filmmakers produced “Amor en La Habana,” a film set in Havana’s Barrio Chino (Chinatown). It chronicles the love story of two young students, one Cuban and another Chinese, who fall in love while studying on the island together. The plot reflects the trials and tribulations of a relationship between people of distinct cultures.

The 2016 film was the first joint Cuban-Chinese film.

“Havana has inspired many writers, painters, poets, and singers,” then Cuban Ambassador to China Alberto Blanco said of the inaugural project. “In the 1960s, a Chinese friend who created the song ‘La Linda Habana’ inspired the idea behind this movie.”

“This project will promote successful cooperation in this area, resulting in a beneficial cultural exchange between the two countries,” Shen said, Prensa Latina reports.

Since the mid-1990s, shortly after the fall of the Soviet Union, the ruling communist parties of Cuba and China have strengthened cooperation in a number of industries, including film. Although the Cuban government sided with the Soviet Union during the Sino-Soviet split that began in the 1960s, both countries have since mended relations.

China is currently Cuba’s second largest trading partner after Venezuela, with bilateral trade surpassing US$750 million, according to the Financial Times.

China has also exported goods and resources to Cuba that have allowed the socialist island to rehaul its transportation infrastructure, including the addition of energy-efficient public buses that run on electricity.

Both governments also cooperate on security and intelligence matters.