“There are countries that will never give up thanks to the struggle of Chavez,” Bolivia’s Evo Morales told reporters. 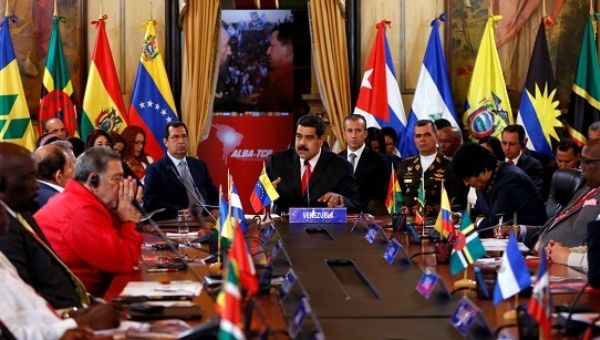 RELATED: Chavez’s Legacy Around the World

5 Mar 2017 – On the four-year death anniversary of “El Commandante” Chavez, ALBA leaders sung high praises for their former comrade ahead of the 14th Summit of the Bolivarian Alliance for the Peoples of Our America – Trade Treaty of the Peoples, also known as ALBA-TCP.

“We are honored to be in this sacred land, (of) Simon Bolivar and Chavez, a land that represents a people that has fought for the independence of our America,” Nicaraguan President Daniel Ortega told reporters in Caracas Sunday.

After Ortega, Cuba’s Raul Castro arrived, along with Bolivia’s Evo Morales, who had been in Cuba for medical treatment. 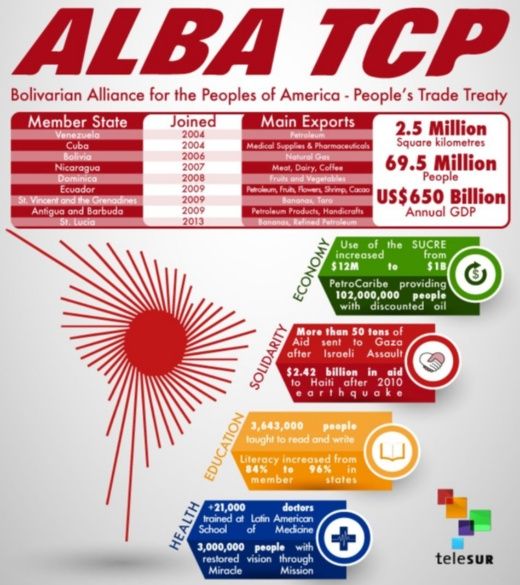 “We have come to accompany the Venezuelan people and all anti-imperialist people … Every day is a permanent struggle against political and economic aggression, like (those from the) United States. There are countries that will never give up thanks to the struggle of Chavez,” Morales told reporters the same day.

The summit will take place until March 15 and will feature over 200 international guests.

Venezuelan Culture Minister Adan Chavez specified last week that the events would pay homage to Chavez’s life from 1975 – when he graduated from military academy – to 1982, when he and his supporters decided to organize the Bolivarian Revolutionary Movement 200.

Chavez himself was the formational leader behind ALBA, along with the late revolutionary leader of Cuba, Fidel Castro. In his quest for South-South solidarity, ALBA was created as an alternative to the neoliberal U.S.-proposed Free Trade Area of the Americas, which ultimately was defeated.

The subregional alliance, based on the solidarity of Latin American and Caribbean nations, includes Antigua and Barbuda, Bolivia, Cuba, Dominica, Ecuador, Nicaragua, Saint Lucia, Saint Vincent and the Grenadines and Venezuela.