“We should raise our voices to talk about the issue of the country that has invaded other (countries) and has killed children,” said Cambodia’s prime minister. $38 Billion for Israel, but not $274 Million for Cambodia. 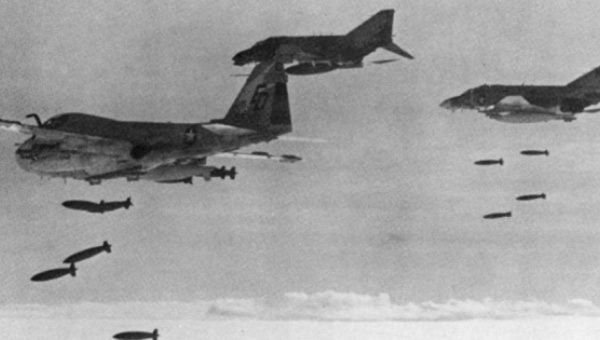 21 Mar 2017 – Following the United States’ renewed insistence that Cambodia pay back its alleged “war debts,” fury across Cambodia has been widespread.

RELATED: US ‘Has the Gall’ to Ask Cambodia to Pay War Debt

Cambodian Prime Minister Hun Sen, who has been calling for the cancellation of the debt since President Donald Trump was elected, rejected paying it, saying, “I have not sent an official letter to Trump asking him to cancel the debt … They brought bombs and dropped them on Cambodia and (now) demand Cambodian people to pay.”

Speaking at a conference earlier this month, Sen, a former commander with Cambodian communists, slammed recent comments made by U.S. Ambassador to Cambodia William Heidt about repayment, and recalled the atrocities committed by the United States in the 1970s.

“They dropped bombs on our heads and then ask up to repay. When we do not repay, they tell the IMF (International Monetary Fund) not to lend us money,” Sen said. “We should raise our voices to talk about the issue of the country that has invaded other (countries) and has killed children.”

In the late 1960s, the United States gave Cambodia a US$274 million loan, mostly for food supplies to the U.S.-backed Lon Nol government who had taken over the country in a coup a year earlier. The debt has almost doubled since then, as Cambodia has refused to enter into a repayment program.

As Nol fought against the Khmer Rouge between 1970 and 1975, U.S. fighter jets carried out secret carpet-bombings against the group in support of the right-wing government, killing more than 500,000 people, many of them women and children. After the Khmer Rouge took over the country in 1975, more than 2 million people died as a result of political executions, disease and forced labor, and many credited U.S. imperialism in the region for fueling the death toll.

During his tenure as prime minister since 1998, Sen has called for the United States to drop the “dirty debt” several times, but U.S. leaders have refused.