Author’s note: An earlier version of this poem appeared at various websites in December, 2013.  Some notes on Lynne Stewart below…. 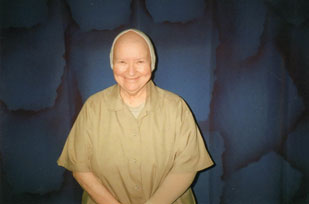 She is ten feet tall… and dying in her cage….

While Obama and Cameron take “selfies,”
shedding crocodile tears
at Nelson Mandela’s final farewell,
our Lady Mandela gazes over
the path she has made by her walking.

After the great man’s funeral, American drones
kill fifteen people in Yemen.
(“Where in the world is Yemen?”
schoolchildren and their parents wonder,
while American shoppers rampage, and trample
those in the aisles of their trinkets.)

She said she believed “directed violence”
(just as Mandela had said)
would topple the anarchist State
(engorged by its own helter-skelter
in the best tradition of Manson).

In New York City or Yemen,
with drones or tasers or wars,
the Manifold State is watching,
its “laws” abated by judges,
conducting kangaroo courts.

“Who will judge the judges?”
Juvenal wrote about Rome,
which crucified a preacher
for driving money-changers
out of the House of God.

They slashed his back with lashes,
collapsed his lungs on a cross,
then shot him into the sky
(for mourning or redemption,
depending on one’s view).

Now Deep State imposes its laws
on a woman wedded to Law,
one who fought for the truth of the Law,
to publish it like Luther,
on pain of execrations:

Excommunication,
and the pain of separation
from family, home, and her Cause.
Even a sentence of cancer
cannot deter her Cause.
She can never betray her Cause!

Over the matricide planet
her thoughts take billowing wing:
the State’s cells metastasize
in every corporate prison,
in every farmed-out heart.

Miley Cyrus twerks her ass
in the face of the hubbubbed mob—
in the bubble of our amnesia,
forgetting who we were
and the dream of what we could be.

Annointed pundits feign disdain,
then tweet pictures…, but none
of Lynne alone in her cage—
so far from family and friends,
in timeless, infinite space, enclosing
her solitary point of light.

The “people” scurry like ants,
monitored and maced, liable,
without notice, to be snuffed;
emulsified like dung
under the heels of the State—
above the Law, acting in the name of Law,
sanctioning crime and murder,
in the name of marmoreal memes:

“Lynne Stewart (born October 8, 1939) is a former attorney who was known for representing controversial, poor, and often unpopular defendants.  She was convicted on charges of conspiracy…and sentenced to 28 months in prison. Her…conviction led to her being…disbarred.… She was re-sentenced on July 15, 2010, to 10 years in prison in light of her alleged perjury at her trial.”  Update: Her breast cancer has metastasized, and her doctors predict she has about 1 year to live.  Her requests for a “mercy” release have been repeatedly denied, despite some 40,000 signatures on a petition for such a release.”

“Radical civil rights attorney Lynne Stewart died Tuesday at her home in Brooklyn from complications of cancer and a recent series of strokes. She was 77 years old.

“A former teacher and librarian, Stewart was known as a people’s lawyer…. Many considered her a political prisoner herself when she was given a 10-year sentence for distributing press releases on behalf of one of her clients, Omar Abdel-Rahman….

“In 2010, Stewart was re-sentenced to a 10-year term, nearly five times her original sentence, after an appeals court ruled her original punishment was too light.

“While held in federal prison for nearly four years, Stewart suffered from stage IV breast cancer that metastasized, spreading to her lymph nodes, shoulder, bones and lungs. She was given 18 months to live.

“Calls to grant her compassionate release came at a time when the Federal Bureau of Prisons faced increasing criticism for refusing to release terminally ill prisoners.”

Dr. Gary Steven Corseri is a member of the TRANSCEND Network for Peace, Development and Environment. He has published and posted articles, fiction and poems at hundreds of venues, including, TMS (Transcend Media Service), The New York Times, Village Voice, Redbook Magazine and Counterpunch.  He has published 2 novels and 2 collections of poetry, and his dramas have been produced on PBS-Atlanta and elsewhere.  He has performed his poems at the Carter Presidential Library and Museum and has taught in universities in the US and Japan, and in US public schools and prisons.  Contact: Gary_Corseri@comcast.net.

Anticopyright: Editorials and articles originated on TMS may be freely reprinted, disseminated, translated and used as background material, provided an acknowledgement and link to the source, TMS: Lynne Stewart, Our Lady Mandela, is included. Thank you.