Monsanto Accused of Using Ghostwriters to Cover up Cancer Risk

The agrochemical giant is accused using its own employees to write reports on the cancer risks of the world most-used weedkiller, Roundup. 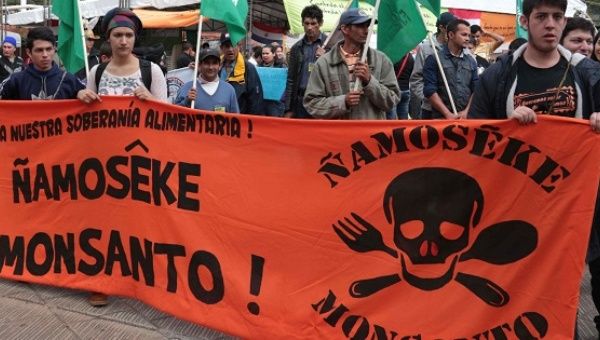 16 Mar 2017 – Agrochemical giant Monsanto used ghostwriters on scientific reports to cover up the risk of cancer from its flagship weedkiller, plaintiffs in a case in a U.S. Federal Court in San Francisco have claimed in a lawsuit.

Lawyers suing Monsanto on behalf of farmers and others in the mass litigation presented documents to the court claiming that the company had failed to warn the public that exposure to its most popular weedkiller, Roundup, was known to cause non-Hodgkin’s lymphoma, a type of cancer. Roundup is the most-used weed killer in history.

Employes at the company were accused of writing reports that were used to determine if one of the key ingredients in Roundup, glyphosate, was not carcinogenic. The company’s toxicology manager is accused of ghostwriting sections of a scientific report in 2013 under the names of other scientists and another manager was seen to ghostwrite sections of another report from 2000.

On the back of the false reports, the U.S. Environmental Protection Agency deemed that Roundup posed no cancer risk. The company has denied that it carried out such activities and says that the claims the allegations are based on “cherry-pick” from one email.

In the email in question, an executive from the company said that ghostwriters could help cut down on costs and researchers “would just edit & sign their names so to speak.”

While court filings said that the EPA “may be unaware of Monsanto’s deceptive authorship practice,” former deputy director of the EPA, Jess Rowland, was accused of colluding with Monsanto to bury the real scientific research on glyphosate and its links to cancer.

Citing an email from a Monsanto employee, Roland reportedly said, “If I can kill this (the study) I should get a medal.”  Rowland has been the central figure in more than 20 lawsuits in the U.S.