The Road Not Taken

Two roads diverged in a yellow wood,
And sorry I could not travel both
And be one traveler, long I stood
And looked down one as far as I could
To where it bent in the undergrowth;

Then took the other, as just as fair,
And having perhaps the better claim,
Because it was grassy and wanted wear;
Though as for that the passing there
Had worn them really about the same,

And both that morning equally lay
In leaves no step had trodden black.
Oh, I kept the first for another day!
Yet knowing how way leads on to way,
I doubted if I should ever come back. 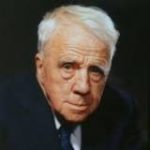 Robert Lee Frost was an American educator and poet. His work was initially published in the UK before it was published in the USA. He is highly regarded for his realistic depictions of rural life and his command of American colloquial speech. A four-time Pulitzer Prize winner in poetry, he depicted realistic New England life through language and situations familiar to the common man.

Anticopyright: Editorials and articles originated on TMS may be freely reprinted, disseminated, translated and used as background material, provided an acknowledgement and link to the source, TMS: The Road Not Taken, is included. Thank you.