“I just don’t see how I could be living an honest, truthful life and have that in the background,” said My-King Johnson. 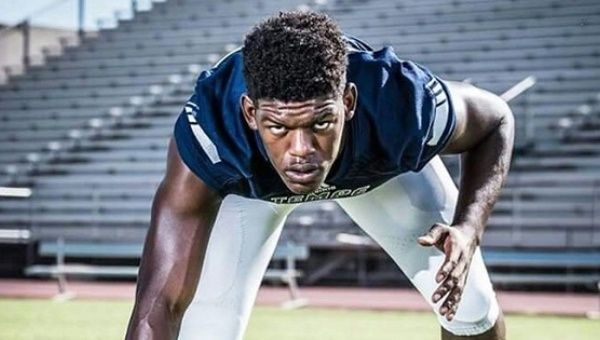 My-King Johnson will play for Arizona during the next season.
| Photo: Twitter / @kingj9943

Johnson, who will play for the Arizona Wildcats, came out to his friends and family when he was 12 years old.

“I’m a very honest person,” said Johnson. “I just don’t see how I could be living an honest, truthful life and have that in the background.”

According to the Arizona Daily Star, the 17-year-old was committed to play for California’s UCLA Bruins, but opted for the Wildcats as the would offer him the opportunity to play as a college freshman.

As a senior in high school, he was the top defensive end in the state of Arizona, playing for Tempe High School.

Johnson has lived with his grandmother in Tempe for the past two years, as his mother moved to Seattle to work as a nurse.

According to Arizona defensive line coach Vince Amey, Johnson told him about his sexuality and Amey responded saying, “We want you to be a Wildcat.”

His friends and coaches have praised his decision to be open about being a gay Black male football player. “I do feel like when I say that, it can put a target on my back,” said Johnson. “But whatever.”

Princeton player Mason Darrow was the last college football player to come out as gay, which he did in 2015, and Missouri’s Michael Sam is the most famous gay player, but he didn’t make it public until after ending his career.