A diver was exploring caves along the seashore. In one of them he found an ancient leather bag. Curious to see what treasure might be hidden inside, he quickly opened it, but was disappointed to find nothing but a bunch of hardened clay balls. It looked as if someone had rolled some pieces of clay in his hands, baked them in the sun, and left them in the bag. They didn’t look like much. Still, out of curiosity, he took the bag out of the cave with him.

As he strolled along the beach, to pass the time, he threw the clay balls one by one out into the ocean to see how far he could throw them. When only a few of the balls were left, one of them accidentally dropped and cracked open on a rock. Inside was a beautiful, precious stone. Excited, the man started breaking open the remaining few clay balls. Each contained a similar treasure. 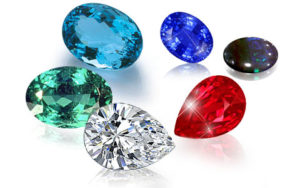 He felt very sorry to have thrown away so many precious jewels without knowing it. Apparently, someone had hidden a bag full of gems in that cave to retrieve it later, but never got a chance to do so. Over a long time, the gems became covered with layer after layer of mud and clay, because they were repeatedly submerged by the tide.

Sometimes we treat people the same way. We look at someone, maybe even ourselves, and we see the external layer of clay. It doesn’t look like much from the outside. It isn’t always beautiful or sparkling, so we discount it, we see that person as less important than someone more beautiful or well known or wealthy. But we have not taken the time to find the treasure hidden inside that person.

There is a treasure in each of us. If we take the time to get to know that person, the clay begins to peel away and the brilliant gem begins to shine forth. Let us not throw away a fortune in friendships because the gems were hidden underneath a layer of clay.

Anticopyright: Editorials and articles originated on TMS may be freely reprinted, disseminated, translated and used as background material, provided an acknowledgement and link to the source, TMS: Hidden Gems, is included. Thank you.