Some Israeli leaders are calling for a more blood-soaked crackdown, calling on the state to execute many of the prisoners. 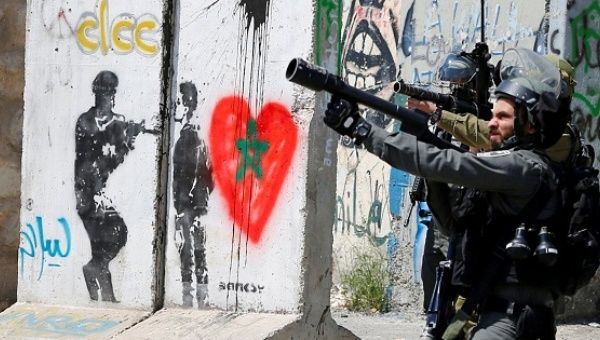 Israeli forces take position as they crack down on Palestinian protesters in solidarity with Palestinian prisoners. | Photo: Reuters

18 Apr 2017 – Following the start of the largest-ever mass hunger strike staged by Palestinian prisoners in Israeli jails Monday on the annual Palestinian Prisoner’s Day, Israel has been cracking the whip on the more than 1,000 detainees taking part.

The Palestinian Committee of Prisoners’ Affairs released a statement Monday [17 Apr] saying that Israeli Prison Service officials have forcibly moved hunger-striking prisoners to different sections of Israeli jails, confiscated their clothes and personal belongings and prevented lawyers and family members from visiting them in jail.

Marwan Barghouti, a former Fatah leader and the lead instigator of the strike, is just one of many key Palestinian figures that has been moved to solitary confinement as part of efforts to squash the mass uprising. He is set to be prosecuted in discipline court as punishment for publishing an op-ed in the New York Times Monday, where he outlined why the strike is taking place. Israeli prison officials have reportedly accused Barghouthi of using his wife to “smuggle” the article out of prison and to the New York Times.

Marwan Barghouti in @nytimes on why 100s of prisoners in Israeli jails are on hunger strike #PalestinianPrisonersDayhttps://t.co/LgzFLWT6kj pic.twitter.com/SGkBTeoYQD

“Decades of experience have proved that Israel’s inhumane system of colonial and military occupation aims to break the spirit of prisoners and the nation to which they belong, by inflicting suffering on their bodies, separating them from their families and communities, using humiliating measures to compel subjugation,” wrote Barghouti. “In spite of such treatment, we will not surrender to it.”

The IPS and other authorities have continued to state that they will not negotiate with the strikers.

“They are terrorists and incarcerated murderers who are getting what they deserve and we have no reason to negotiate with them,” Gilad Erdan, Israel’s public security minister, told army radio.

As hundreds of Palestinians marched in solidarity with the striking prisoners, who also faced suppression of their rallies by Israeli authorities, the IPS declared a state of emergency in detention facilities holding Palestinian prisoners. 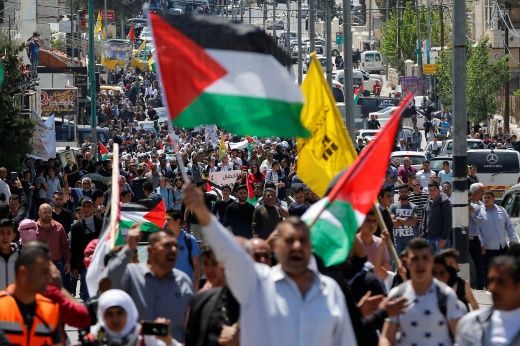 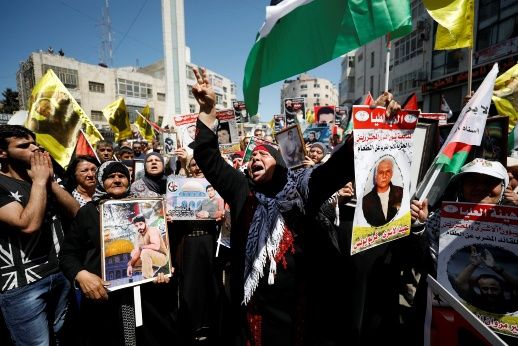 The Israeli Supreme Court, however, recently ruled that force-feeding hunger-striking prisoners is constitutional.

RELATED: Palestinian Revolutionary Rasmea Odeh, Tortured in Israel, to Be Deported from US

Other Israeli leaders are calling for a more blood-soaked crackdown, calling on the state to execute many of the prisoners.

“When a despicable murderer like Barghouti protests in prison for improved conditions, while the relatives of those he murdered are still in pain, there is only one solution — death penalty for terrorists,” Senior Minister Yisrael Katz wrote on Twitter.

The strike was launched Monday as an open-ended action with expectations that more prisoners will join in the coming days. The strike seeks to pressure Israeli authorities to end arbitrary arrests and poor treament in prison, as well as improve conditions for detainees including better visitation rights.

According to the human rights group Addameer, Israel has detained more than 80,000 Palestinians over the past five decades. Some 6,500 Palestinians, including women and minors, are currently jailed and often suffer degrading treatment, medical neglect and other human rights abuses.