The Idea of Living

It has its attractions,
chiefly visual: all those

shapes and lines, hunks
of color and light (the way

the gold light falls across
the lawn in early summer,

the iridescent blue floating
on the lake at sunset),

and being alive seems
to be a necessity if you want

to sit in the sun or rub your
toes in the sand at the beach.

You need to be breathing
in order to eat paella and

drink sangria, and making love
is quite impossible without 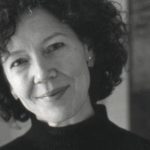 Joyce Sutphen grew up on a farm in Minnesota. She earned a PhD in Renaissance drama from the University of Minnesota. Her first collection of poems, Straight Out of View (1995), won the Barnard Women’s Poets Prize. Subsequent collections include Coming Back to the Body (2000), a Minnesota Book Award finalist, Naming the Stars (2004), winner of the Minnesota Book Award, and First Words (2010). She has received a McKnight Artist Fellowship and a Minnesota State Arts Board Fellowship and was named Minnesota’s Poet Laureate in 2011. (Poetry Foundation)

This article originally appeared on Transcend Media Service (TMS) on 29 May 2017.

Anticopyright: Editorials and articles originated on TMS may be freely reprinted, disseminated, translated and used as background material, provided an acknowledgement and link to the source, TMS: The Idea of Living, is included. Thank you.