20 June 2017 – With a record 65.6 million people last year forcibly uprooted from their homes by violence and persecution, United Nations Secretary-General António Guterres today called on the international community to provide support and solidarity.

“We reflect on the courage of those who fled and the compassion of those who welcome them,” the Secretary-General said in his video message for World Refugee Day, marked annually on 20 June.

He noted that more people than ever in our lifetimes are fleeing war, disasters and persecution.

Conflicts have displaced 12 million Syrians, 7.7 million Colombians, 4.7 million Afghans and 4.2 million Iraqis, according to a report released yesterday by the Office of the UN High Commissioner for Refugees (UNHCR).

Despite the hardships of fleeing with nothing, “they never lose their dreams for their children or their desire to better our world,” Mr. Guterres said. “They ask for little – only our support in their time of greatest need and our solidarity.”

The UN chief said it is “so inspiring to see countries with the least doing the most for refugees.” 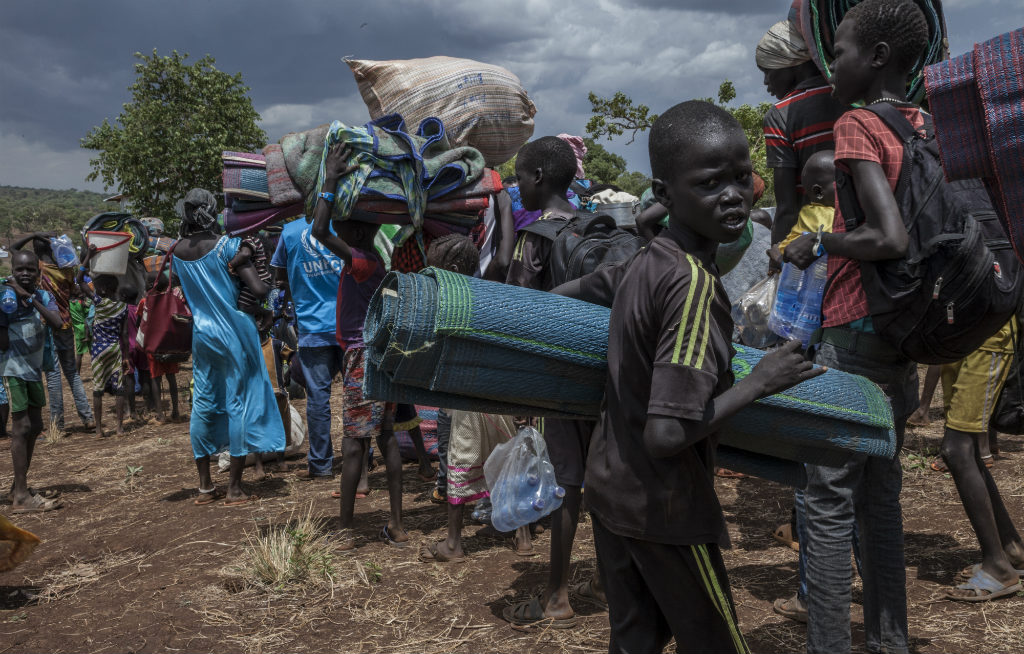 According to the report, about 84 per cent of the people were in low- or middle-income countries as of end 2016. Of that figure, one in every three people, roughly 4.9 million people, were hosted by the least developed countries.

To mark the Day, Mr. Guterres, will hold a press conference in New York later today.

When we stand #WithRefugees, we also stand for respect and diversity for all

In his remarks, UN High Commissioner for Refugees Filippo Grandi said the Day is also a moment to recognize those communities and people around the world who receive refugees and the internally displaced in their midst, offering them a safe place, and welcoming them in their societies.

In a world in which uncertainty often abounds; economic instability, political upheaval and violence close to home “can make us want to shut our eyes or close our doors. But fear and exclusion will not lead us to a better place – they can only lead to barriers, alienation and despair,” he stressed.

“It’s time to change this trajectory. And for the better,” he stated, noting that in countless communities, including in the poorest countries that host the vast majority of the world’s refugees, business people, faith communities, teachers, journalists and many more are joining together to provide refuge to the displaced and foster their inclusion in their societies.

“Inclusion requires opening our minds, hearts and communities to refugees. It requires a whole of society approach,” Mr. Grandi underscored.

World Refugee Day is a moment to ask what each of us can do to overcome indifference or fear and embrace the idea of inclusion, “to welcome refugees to our own communities, and to counter narratives that would seek to exclude and marginalize refugees and other uprooted people,” he emphasized.