Sowing the Seeds of Earth Democracy in Trump Times: The Planetary Crisis, Responsibilities and Rights

Reflections on World Environment Day of President Trump abandoning his responsibility to the Earth and the community of nations.

Sign the Pact | Life is at stake, Earth’s life as well as ours. The governments may fail […]

5th of June is World Environment Day – a day to remember that we are part of the Earth, and that we all have a duty to care. That two centuries of fossil fuel driven development is pushing humanity to the brink. And we need to change course.

This environment day is dominated by President Trump walking out of the Paris agreement. A “concrete-ist” afraid of the “winds of change”. What does Trump’s cowardice imply for international obligations to protect the earth, for a future based on ecological justice, for sowing the seeds of Earth Democracy?

Environmental laws at the national level were created in the 1970’s to protect the Earth from harm, and because we are part of the Earth, to protect people from harm.

In 1992, at the Earth Summit, the International community adopted two major ecological principles – the precautionary principle and the polluter pays principle, and signed two legally binding agreements – The UN Convention on the Conservation of Biodiversity,(CBD) and UN Framework Convention on Climate Change(UNFCC). 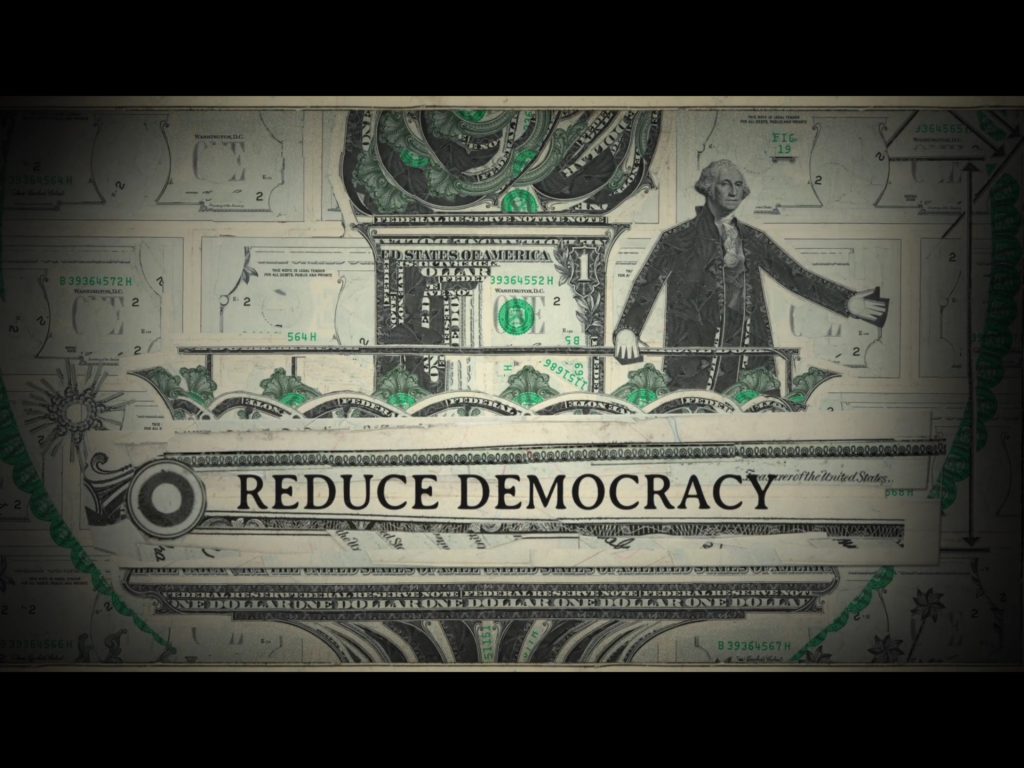 Both treaties were shaped by the emerging ecological sciences and the deepening ecology movement. One was a scientific response to the ecological impact of pollution of the atmosphere due to use of fossil fuels.The second was a scientific response to the genetic pollution caused by GMOs and the erosion of biodiversity due to the spread of industrial, chemical monocultures. Three years after Rio, the UN Leipzig Conference on Plant Genetic Resources assessed that 75 % biodiversity had disappeared because of the Green Revolution and Industrial farming.

Interdisciplinary science and democratic movements created the momentum for International Environmental law. Science and Democracy continue to be the forces challenging the mindless threat to the Earth because of corporate greed.

Both treaties connect in agriculture, our daily bread. How we grow our food has a major impact on the health of the planet and the health of people.

Industrial agriculture is based on fossil fuels and the chemicals it uses are derived from fossil fuels. As I have mentioned in my book “Soil not Oil” 50% of the atmospheric pollution linked to excess carbon dioxide, nitrogen oxide, methane comes from and industrial, globalised food system. The same fossil fuel intensive, poison intensive industrial agriculture is also destroying the biodiversity of our seeds and crops, soil biodiversity, killing pollinators, destroying water resources. It is also responsible for 75% of the disease epidemic related to bad food produced by oil.

The alternative, a biodiversity intensive, ecology intensive, localised food system, rejuvenates the health of the planet, and our health. Through biodiversity of plants fixing atmospheric carbon and nitrogen, excess gases are removed from the atmosphere where they cause pollution and climate instability, and are put in the soil where they rejuvenate fertility and produce more and healthier food.

The same food and agriculture systems that conserve and rejuvenate biodiversity also mitigate climate change. They contribute to health and to increased livelihoods in regenerative living economies.

People and communities everywhere are giving up poisons and adopting agroecology. They are shifting from an agriculture destroying the health of the planet and our health to a regenerating healing agriculture. They are obeying the laws of Gaia and waking up to the Rights of Mother Earth, simultaneously enhancing human well being. They are not waiting for governments to trump each other just to see who gets what share of a divided planet. Some governments are also waking up to both their obligations, and with it the possibilities of creating post fossil fuel economies through regenerative agriculture and renewable energies.

The most basic contest today is between the laws of the Earth and the lawlessness and irresponsibility of greed combined with ignorance. By backing out of the Paris agreement on Climate, President Trump has acted against the planet and our common humanity. He has supported irresponsibility, greed and lawlessness. Surprise? No.

He is of course not the first US President to have tried to undermine the UN treaties. Senior President Bush in the lead up to Rio said “Our Lifestyles are not negotiable”. To protect the GMO industry and the poison cartel, he refused to sign the Biosafety protocol to the CBD to regulate GMOs. President Obama continued to put pressure on India to undo its patent laws (which do not allow patents on seeds) – to assist Monsanto establish seed monopolies – to serve the empire. That is when I wrote the open letter to Obama and Modi to uphold our laws.

Seed Freedom and Food Democracy: An Open letter to Prime Minister Modi and President Obama from democratic, concerned citizens of India and the US

We, as concerned and democratic citizens of India, and the US, welcome the coming together of two of the largest democracies of the world to work together to protect the rights of their citizens and their biodiversity. Both nations were founded on the principles of freedoms of our people, and the unacceptability of colonialism and … Continue reading

President Obama flew into Copenhagen and undid the legally binding UNFCC, replacing it with voluntary commitments. That is why President Morales took the initiative to initiate the Draft Universal Declaration on the Rights of Mother Earth, a process I was involved in.

So there are two processes at work today – one is going beyond fossil fuel industrialism, beyond anthropocentrism, to create Earth Democracy based on the Rights of all beings.

The second process is the intensification of the processes of destruction based on greed, and destructive power of a small minority of powerful “league” of men.
The highest laws that govern our lives, and allow us to live, are laws of the Earth, of Gaia, of ecology.

As members of the Earth Community, our rights to her seeds and biodiversity, her soil and land, her water and air, are derived from our responsibility to protect and rejuvenate her resources.

As the ancient Isha Upanishad states, all beings have the rights to the earth’s resources, and any person taking more than their share is nothing but a thief. A league of extraordinary thieves.

The issues of environmental justice are thus also issues of social and economic justice, and they are linked to the rights of future generations.
What we are facing with Trump’s actions is the second biggest polluter refusing to take responsibility for the damages caused by their historic pollution and refusing to limit pollution in the future. In effect Trump is wanting to defend the right to pollute, the right to steal other’s share of ecological space, to harm the Earth and to harm people across the world.

What President Trump has done in the context of climate change is what Monsanto Bayer and the poison cartel have been doing by spraying Glyphosate, pushing GMOs, dismantling Biosafety and IPR laws, poisoning our farms, our food, our science, our governments.

This display of toxic power, of rights without responsibilities, of the will to act against the earth and against people, are examples of crimes against nature and humanity, examples of systems failure.

People and governments everywhere have to wake up to this reality and find creative responses to this criminal behaviour of rogue corporations and rogue governments they have installed.

That is why we organised a tribunal against Monsanto in October 2016. That is why we are calling on governments to recognise crimes against nature, the crime of ecocide.

A few rich men in US, organised through ALEC and DARK MONEY, getting richer by stealing more from their own citizens, from Earth citizens and the Earth, is not “Making America great again”. It is deepening the crisis of ecology, of economic inequality, of social and political vulnerability and precariousness.

We are members of one Earth. Our interconnected well being and freedom is based on taking actions at local, national and international levels to make “the planet great again” as President Macron said in response to Trump’s announcement of backing out of the Paris deal – too real a deal to trump.