A UN report has shown that more than 65 million people were forced to leave their home countries last year, becoming refugees due to deadly conflict. The top nations from which refugees fled have one thing in common, they were all targets of US intervention. 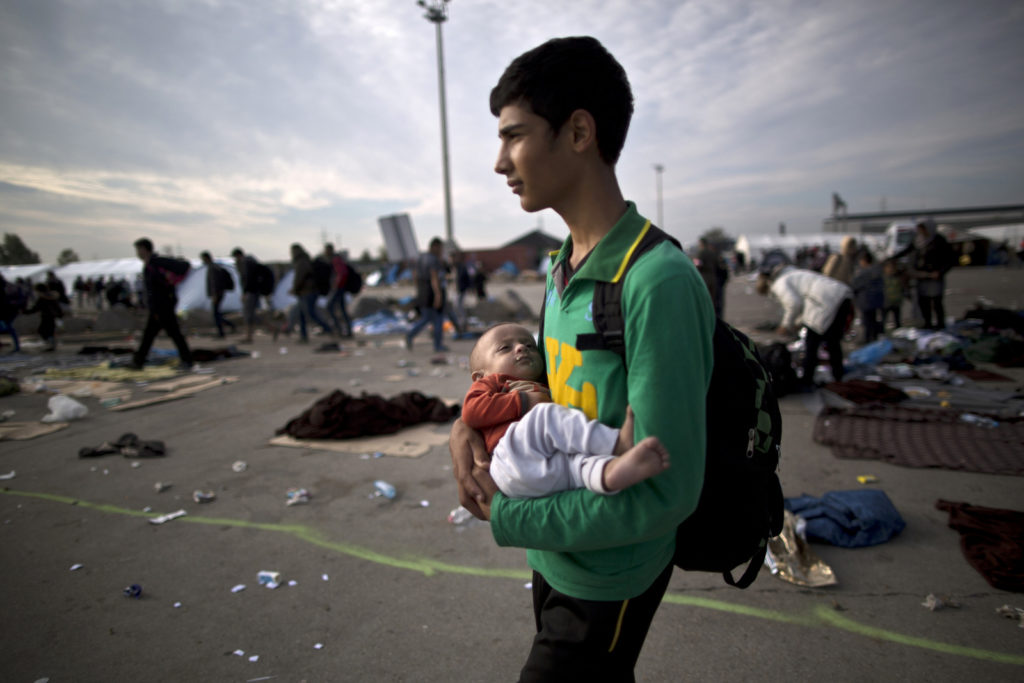 22 Jun 2017 – A United Nations report has shed light on the world’s burgeoning crisis of displaced peoples, finding that a record 65.6 million were forced to vacate their homes in 2016 alone. More than half of them were minors.

The Office of the UN High Commissioner for Refugees (UNHCR), which drafted the report, put the figure into perspective, stating that increasing conflict and persecution worldwide have led to “one person being displaced every three seconds – less than the time it takes to read this sentence.”

UN High Commissioner Filippo Grandi called the figure “unacceptable” and called for “solidarity and a common purpose in preventing and resolving the crisis.”

However, what the UN report failed to mention was the role of U.S. foreign intervention, indirect or direct, in fomenting the conflicts responsible for producing most of the world’s refugees.

According to the report, three of the nations producing the highest number of refugees are Syria (12 million refugees created in 2016), Afghanistan (4.7 million) and Iraq (4.2 million).

The conflicts in Iraq and Afghanistan are known to be the direct result of U.S. military invasions in the early 2000s, as well as the U.S.’ ongoing occupation of those nations. Decades after invading both countries, the U.S.’ destabilizing military presence in Iraq and Afghanistan has continued to increase in recent years, with the Trump administration most recently announcing plans to send thousands of soldiers to Afghanistan in the coming months. It is worth noting that each U.S. soldier in Afghanistan costs U.S. taxpayers $2.1 million.

While the U.S. has yet to directly invade Syria, the U.S. role in the conflict is clear and Syria’s destabilization and the overthrow of its current regime have long been planned by the U.S. government. The U.S. and its allies, particularly Israel and Saudi Arabia, have consistently funded “rebel” groups that have not only perpetuated the Syrian conflict for six long years, but have also committed atrocity after atrocity targeting civilians in Syrian cities, towns, and communities – a major factor in convincing Syrians to leave their homes.

The U.S. must stop supporting terrorists who are destroying Syria and her people.https://t.co/Gngsh01XCB

The report ranks Colombia as the world’s second-largest producer of refugees, with 7.7 million Colombians displaced in 2016. Like Syria, the U.S. has not directly invaded Colombia, but is known to have extensively funded paramilitary groups, also known as “death squads,” in the country since the 1980s, when then-U.S. President Ronald Reagan declared a “war on drugs” in Colombia.

U.S. efforts have long helped fuel the civil war between the Revolutionary Armed Forces of Colombia (FARC) and pro-government, U.S.-funded paramilitary groups. This conflict has lasted for more than half a century.

In 2000, then-President Bill Clinton’s administration funded the disastrous “Plan Colombia” with $4 billion in U.S. taxpayer funds, ostensibly to fight drug trafficking and insurgents. Almost all of this money was used to fund the Colombian military and its weapon purchases. “Plan Colombia” ultimately intensified armed violence, military deployments, human rights abuses by the Colombian military, and – of course – the internal displacement of Colombians. The legacy of U.S. policy in Colombia and its continuing support of the nation’s right-wing, neo-liberal regime have ensured that the chaos continues into the present.

In addition to the above, U.S foreign policy is also to blame for the conflict in South Sudan, where the UN report found was home to the fastest-growing displacement of people in the world. In 2011, the U.S. pushed South Sudan to secede from Sudan, as South Sudan holds the vast majority of Sudan’s oil reserves — the largest oil reserves in all of Africa. The U.S.’ push for the creation of an independent South Sudan dislodged Chinese claims to Sudanese oil, as the Chinese had previously signed oil contracts with the (now Northern) Sudanese government.

But when nation-building efforts went awry and civil war broke out just two years later, some analysts suggested that the conflict only started when South Sudan’s president began to cozy up to China. According to the UN report, approximately 3.3 million people in South Sudan have fled their homes since the war began.

Grandi has called on the world’s nations to help prevent and resolve the global refugee crisis. But he would also do well to point out the common cause uniting many of the world’s worst conflicts – the U.S. military-industrial complex’s insatiable lust for conquest, power and profit.