What is the Muslim Brotherhood?

The Muslim Brotherhood came up frequently during the GCC rift. Here is a breakdown of the group’s ideology and roots. 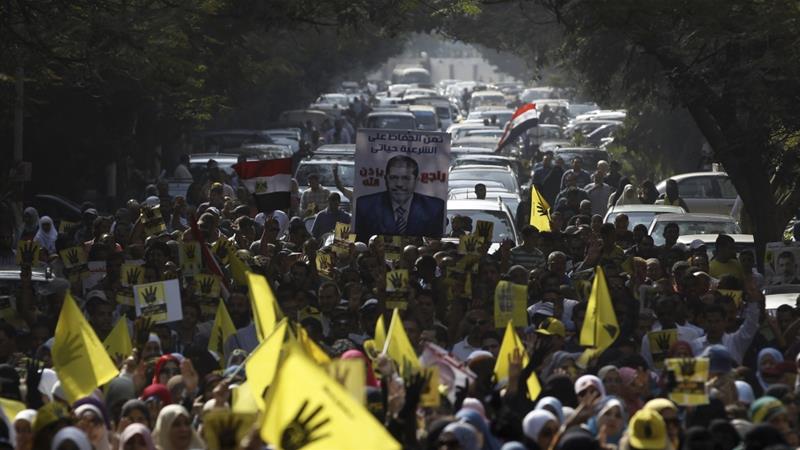 11 Jun 2017 – The Muslim Brotherhood (MB) has been in the news lately as one of the reasons behind the current diplomatic crisis between Qatar and other Gulf countries.

On Tuesday [6 Jun], Saudi Foreign Minister Adel al-Jubeir told reporters during a visit to Paris that Qatar “must stop supporting Hamas and the Muslim Brotherhood”.

Qatar became a central target of the Saudi-Emirati-Israeli joint lobbying efforts for its perceived role in promoting the Muslim Brotherhood and hosting members of Hamas’ political bureau.

But who is the Muslim Brotherhood and do they pose a grave risk to regimes in the region?

Here is a breakdown of the group’s ideology and historic roots.

Who are the Muslim Brotherhood?

The MB is the oldest political Islamist group in the Arab world. It is not allowed to operate as an official political party in some Arab countries.

When and where was the Muslim Brotherhood founded?

The MB was founded in Egypt in 1928 by and Islamic scholar and teacher by the name of Hassan al-Banna. He had a vision of a universal Islamic system of rule that could be attained by promoting Islamic laws and morals and by engaging society through offering social services.

READ MORE: The evolution of Islamists

What are the main principles of the Muslim Brotherhood ideology?

The ideology of the MB is mainly focused on reform of existing political systems in the Arab world. It embraces the idea of political activism and social responsibility, organising charitable works and social support programmes as part of its outreach to its core support base of lower-income populations.

The members of the MB represent a broad spectrum of interpretations of the initial ideology of Hassan al-Banna. Many members embrace a more pragmatic idea of achieving their goals, urging political participation and cooperation.

INSIDE STORY: Egypt – The future of the Muslim Brotherhood:

Has the Muslim Brotherhood’s ideology shifted or changed?

There were a couple of shifts in the MB’s ideology over the years, as they developed from an active participant in a nationalist movement to a banned group forced to operate underground and leaning towards an armed struggle for their ideology, and then back to a reformist-minded party.

Throughout they have always adhered to their ideal of a society governed by Islamic laws and morals.

Who are the leaders of the Muslim Brotherhood?

The supreme leader of the Muslim Brotherhood in Egypt is Mohamed Badie, who is currently in prison, having been sentenced to a number of life in prison and death sentences for a variety of charges.

Is the Muslim Brotherhood a violent organisation?

In its early days in Egypt, the MB was involved in the active struggle against British occupation, and also cooperated with the Free Officers movement to liberate Egypt from the monarchy.

A difference of opinion arose between the Free Officers (led by Gamal Abdel Nasser) and the MB, with Abdel Nasser preferring a secular socialist country to one ruled by Islam.

An assassination attempt on Abdel Nasser in the 1950s led to the jailing of Sayed Qutb, a leading MB figure. His writings from prison advocated armed struggle against the Egyptian regime and others in order to spread the MB ideology. Qutb was executed in 1966 but his writings are used by many Islamist groups to justify armed struggle.

The MB officially renounced violence in the 1970s during the rule of Egyptian President Anwar el-Sadat. They formally adopted a mandate of democracy in 1995 and their influence became apparent in professional work syndicates and social welfare work circles.

Has the Muslim Brotherhood ever made political gains in the Arab world?

Here are some notable cases of Muslim Brotherhood or MB-affiliated political gain.

In late 2011, Tunisia’s Ennahda party (an Islamist party inspired by the MB) won the first parliamentary elections to be held in the country after the overthrow of President Zine El Abidine Ben Ali.

In 2012, the Muslim Brotherhood ran a candidate in the post-Arab Spring presidential elections in Egypt. Mohamed Morsi won the election and was Egypt’s first democratically elected leader until a coup by the Egyptian armed forces in 2013 overthrew and jailed him along with many individuals in the MB leadership.

In Jordan, the Islamic Action Front, which was a Muslim Brotherhood party until it cut ties with the mother organisation in 2013, has a large presence in the Jordanian parliament.

In which countries is the Muslim Brotherhood active?

Not all Islamist parties are MB, a clear example of that is the Salafi movement of Egypt, which was Islamist in nature, but chose its own path in various political situations including the 2013 overthrow of President Mohamed Morsi by the armed forces in Egypt.

Which countries call the Muslim Brotherhood a “terrorist organisation”?

To date, the countries that have labelled the MB as a “terrorist organisation” are: Bahrain, Egypt, Russia, Saudi Arabia, Syria, and the United Arab Emirates.

Why do Saudi Arabia and the United Arab Emirates dislike the Muslim Brotherhood?

Analysts have concluded that a brand of Sunni Islamism that called for political participation and electoral legitimacy, of which the Muslim Brotherhood is perhaps the best example, was seen as almost an existential threat, because it offered a different model of Islamist politics to that of the Saudi state.