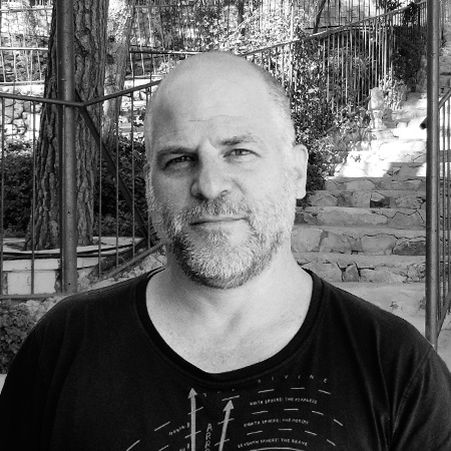 2 Jul 2017 – I was drafted into the Israeli Army in 1987, at the beginning of he First Intifada. The most difficult thing was the arrests.

One night we had to meet an agent from the security forces in order to find a wanted terrorist. My men surrounded a house and as we entered with our flashlights. People were sleeping on mattresses all over the floor. Then the agent woke someone up and dragged him to the jeep. It was a 10-year-old child. “How can this be the ‘wanted terrorist’?” I asked myself.

Then, in 2001, came the Second Intifada, when the Palestinians used arms, not stones. I knew as a reservist I would now be called to respond with tanks, not batons. The strategy was to siege and block everything. The Palestinian villages became like prisons, with one exit in and out.

On one occasion when I was stationed at a roadblock, I was asked to allow a taxi full of sick Palestinian children (who didn’t have a permit) through to the hospital in Bethlehem. At the same time, I got a phone call from my wife telling me she was having problems picking up our three-year-old daughter from kindergarten. So there I was, standing on a sand blockade talking to my wife, while sick Palestinians children were waiting in the car. I couldn’t bear it any more: on the one hand I was a kind, devoted father, and on the other hand I was being so callous with these people. Were these children nothing more than ‘potential terrorists’?

My children were human, and yet we had de-humanized the Palestinian children entirely. I began to realize that in the de-humanizing of the other, you begin to de-humanize yourself.

When I heard about reservist officers and combatant soldiers refusing to serve in the occupied territories, I signed their petition. When I decided to publish my name as a refusenik, I warned my parents first because I knew it would be a big scandal.

One day I was in Ramallah telling my story to Palestinians and a person in the audience asked me directly, “Are you asking us to forgive you?”

I said, “No, I don’t forgive myself, nor do I ask for forgiveness.”

For me, telling my story is not about asking for forgiveness, but about taking responsibility. This is not just about words and emotions – it is about action.

Chen is a theater director, facilitator, and lecturer at Tel Aviv University. He served for four years in the Israeli army and then for 11 years as an operations officer in the reserves. When he became a refusenik he served time in jail as a result.

International news today is driven by sensationalism. From conflict zones, we hear stories about killings, bombings, and the views of violent extremists. This type of coverage tends to inflame passions and perpetuate negative stereotypes, fueling distrust and violence. Peace News aims to present the other side – stories from conflict zones we often don’t hear. Our stories are about people taking risks for peace. We highlight the opinions of ordinary people who want non-violent solutions to their political differences. Our stories aren’t always about shootings and explosions, but they do tell you stories from war zones that hopefully go some way towards building trust and reconciliation. Founded by Dr Babak Bahador, and launched in 2015, Peace News is a non-partisan, independent, news agency. We are based in New Zealand and Washington D.C., USA, and Kate Roff is the founding, and current, editor.

Courtesy of Combatants for Peace