Trump and the Truth about Climate Change

Tell Donald Trump: The Paris Climate Deal Is Very Good for America – Trump argues the treaty is unfair to the US but it is America that continues to impose an unfair burden on others. 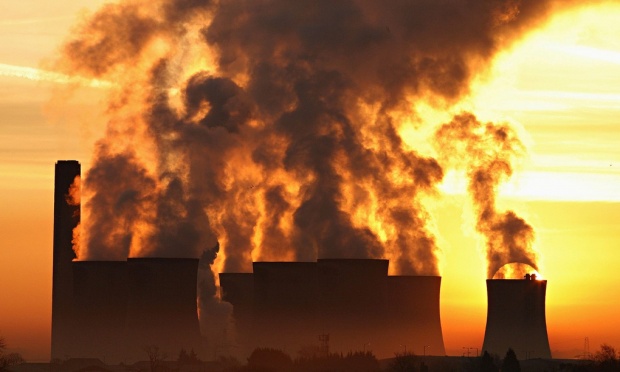 ‘Global warming is real and is being caused by humans, mainly by burning coal, oil, petrol and natural gas, which puts carbon dioxide, a greenhouse gas, into the atmosphere.’
Photograph: Phil Noble/Reuters

2 Jul 2017 – Under President Donald Trump’s leadership, the United States took another major step toward establishing itself as a rogue state on June 1, when it withdrew from the Paris climate agreement. For years, Trump has indulged the strange conspiracy theory that, as he put it in 2012, “The concept of global warming was created by and for the Chinese in order to make US manufacturing non-competitive.” But this was not the reason Trump advanced for withdrawing the US from the Paris accord. Rather, the agreement, he alleged, was bad for the US and implicitly unfair to it.

While fairness, like beauty, is in the eye of the beholder, Trump’s claim is difficult to justify. On the contrary, the Paris accord is very good for America, and it is the US that continues to impose an unfair burden on others.

Historically, the US has added disproportionately to the rising concentration of greenhouse gases in the atmosphere, and among large countries it remains the biggest per capita emitter of carbon dioxide by far – more than twice China’s rate and nearly 2.5 times more than Europe in 2013 (the latest year for which the World Bank has reported complete data). With its high income, the US is in a far better position to adapt to the challenges of climate change than poor countries like India and China, let alone a low-income country in Africa.

In fact, the major flaw in Trump’s reasoning is that combating climate change would strengthen the US, not weaken it. Trump is looking toward the past – a past that, ironically, was not that great. His promise to restore coal-mining jobs (which now number 51,000, less than 0.04% of the country’s nonfarm employment) overlooks the harsh conditions and health risks endemic in that industry, not to mention the technological advances that would continue to reduce employment in the industry even if coal production were revived.

In fact, far more jobs are being created in solar panel installation than are being lost in coal. More generally, moving to a green economy would increase US income today and economic growth in the future. In this, as in so many things, Trump is hopelessly mired in the past.

Just a few weeks before Trump’s decision to withdraw from the Paris accord, the global High-Level Commission on Carbon Prices, which I co-chaired with Nicholas Stern, highlighted the potential of a green transition. The Commission’s report, released at the end of May, argues that reducing CO2 emissions could result in an even stronger economy.

The logic is straightforward. A key problem holding back the global economy today is deficient aggregate demand. At the same time, many countries’ governments face revenue shortfalls. But we can address both issues simultaneously and reduce emissions by imposing a charge (a tax) for CO2 emissions.

It is always better to tax bad things than good things. By taxing CO2, firms and households would have an incentive to retrofit for the world of the future. The tax would also provide firms with incentives to innovate in ways that reduce energy usage and emissions – giving them a dynamic competitive advantage.

The Commission analyzed the level of carbon price that would be required to achieve the goals set forth in the Paris climate agreement – a far higher price than in most of Europe today, but still manageable. The commissioners pointed out that the appropriate price may differ across countries. In particular, they noted, a better regulatory system – one that restrains coal-fired power generation, for example – reduces the burden that must be placed on the tax system.

Interestingly, one of the world’s best-performing economies, Sweden, has already adopted a carbon tax at a rate substantially higher than that discussed in our report. And the Swedes have simultaneously sustained their strong growth without US-level emissions.

America under Trump has gone from being a world leader to an object of derision. In the aftermath of Trump’s withdrawal of the US from the Paris accord, a large sign was hung over Rome’s city hall: “The Planet First.” Likewise, France’s new president, Emmanuel Macron, poked fun at Trump’s campaign slogan, declaring “Make Our Planet Great Again.”

But the consequences of Trump’s actions are no laughing matter. If the US continues to emit as it has, it will continue to impose enormous costs on the rest of the world, including on much poorer countries. Those who are being harmed by America’s recklessness are justifiably angry.

Fortunately, large parts of the US, including the most economically dynamic regions, have shown that Trump is, if not irrelevant, at least less relevant than he would like to believe. Large numbers of states and corporations have announced that they will proceed with their commitments – and perhaps go even further, offsetting the failures of other parts of the US.

In the meantime, the world must protect itself against rogue states. Climate change poses an existential threat to the planet that is no less dire than that posed by North Korea’s nuclear ambitions. In both cases, the world cannot escape the inevitable question: what is to be done about countries that refuse to do their part in preserving our planet?