7 Jul 2017 – Countries meeting at a United Nations conference in New York today adopted the Treaty on the Prohibition of Nuclear Weapons, the first multilateral legally-binding instrument for nuclear disarmament to have been negotiated in 20 years.

“The treaty represents an important step and contribution towards the common aspirations of a world without nuclear weapons,” the spokesperson for Secretary-General António Guterres said following its adoption.

The treaty – adopted by a vote of 122 in favour to one against (Netherlands), with one abstention (Singapore) – prohibits a full range of nuclear-weapon-related activities, such as undertaking to develop, test, produce, manufacture, acquire, possess or stockpile nuclear weapons or other nuclear explosive devices, as well as the use or threat of use of these weapons. 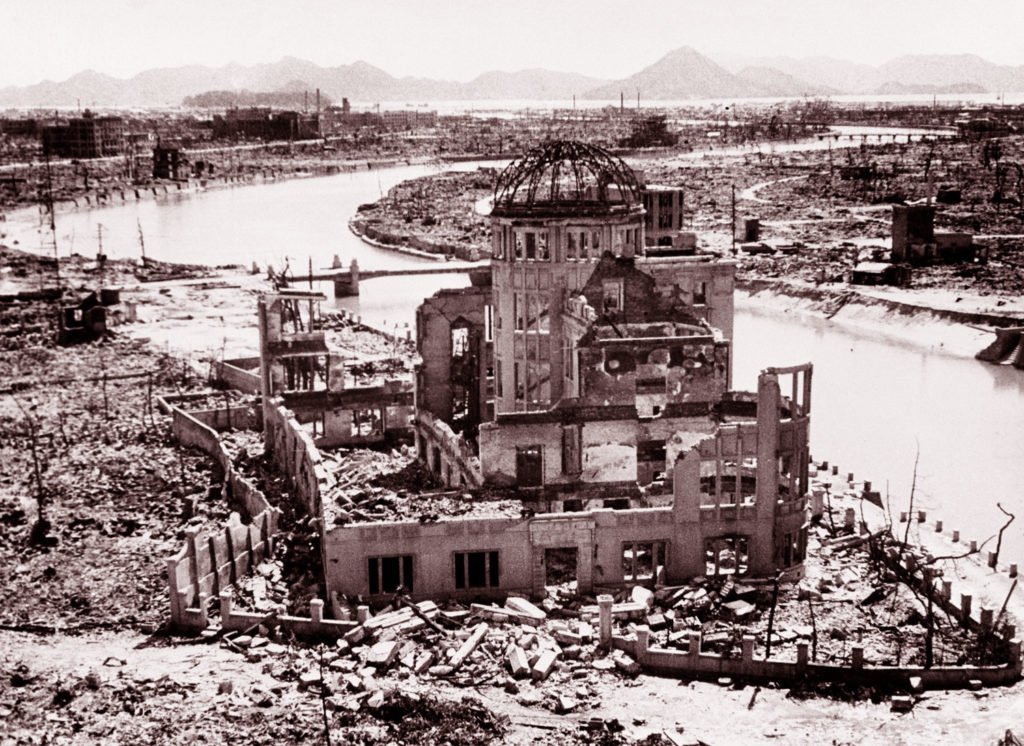 The remains of the Prefectural Industry Promotion Building, later preserved as a monument – known as the Genbaku Dome – at the Hiroshima Peace Memorial. UN Photo

“We feel emotional because we are responding to the hopes and dreams of the present and future generations,” said Ambassador Elayne Whyte Gómez of Costa Rica, who serves as the President of the conference that negotiated the treaty in response to a mandate given by the UN General Assembly.

“We feel emotional because we are responding to the hopes and dreams of the present and future generations.”

— President of the conference

She told a news conference at UN Headquarters that with the treaty the world is “one step closer” to a total elimination of nuclear weapons.

The treaty will be open for signature to all States at UN Headquarters in New York on 20 September 2017, and enter into force 90 days after it has been ratified by at least 50 countries.

However, a number of countries stayed out of the negotiations, including the United States, Russia and other nuclear-weapon States, as well as many of their allies. The Democratic People’s Republic of Korea (DPRK) did not join the talks either.

In a joint press statement issued today, the delegations of the United States, United Kingdom and France said they “have not taken part in the negotiation of the treaty… and do not intend to sign, ratify or ever become party to it.”

“This initiative clearly disregards the realities of the international security environment,” they said. “Accession to the ban treaty is incompatible with the policy of nuclear deterrence, which has been essential to keeping the peace in Europe and North Asia for over 70 years.”

In response to questions on the joint statement, Ms. Whyte Gómez recalled that when the Treaty on the Non-Proliferation of Nuclear Weapons (NPT) was adopted decades ago, it did not enjoy a large number of accessions.

Opened for signature in 1968, the Treaty entered into force in 1970. Then in 1995, the Treaty was extended indefinitely. A total of 191 States have joined the Treaty, including the five nuclear-weapon States that are the permanent members of the UN Security Council – China, France, Russia, the United Kingdom and the United States.

In the beginning, it was unimaginable that those States would be parties to the NPT, she noted. “But the world changes and the circumstances change.”

She added that the hibakusha, survivors of nuclear bombs, have been the driving force in the creation of the nuclear weapons prohibition treaty. The experiences they have been sharing “touch the human soul,” she said, adding that the negotiations were a “combination of reason and heart.”