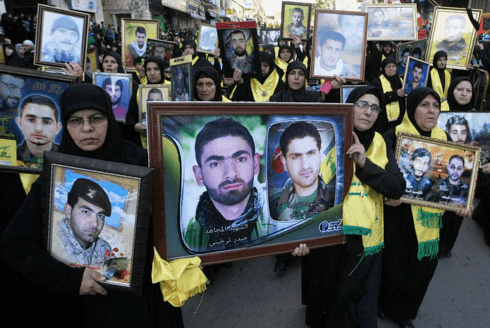 These days the US Congressional Israel lobby and its knee-jerk amen chorus are hyping what those still occupying Palestine refer to as its coming 3rd war in Lebanon.  Reportedly, Israel is finalizing elaborate plans to once and for all eviscerate Hezbollah while accelerating the collapse of the Iranian theocracy with the claimed support of the White House and the Saudi block among many others.

According to a recent Lebanese public opinion poll Israel’s long expected invasion of Lebanon is also supported by approximately 80% of Lebanon’s Sunni Muslims, roughly 60-65 % of Lebanon’s Christians and a lesser percentage of Druze and other sects. This, despite the certain massive infrastructure damage and loss of civilian lives that the next war with Hezbollah will entail.  The certain widespread death and destruction apparently being an acceptable price to rid Lebanon of what they claim is Iran’s colonization and Hezbollah’s forced supplication of their country.

In point of fact, when Israel next invades Lebanon it will constitute its  6th war on Lebanon, the earlier ones it chooses to ignore being the 1978 South Lebanon invasion up to the Litani River, the June 1982  invasion and 18 year occupation of South Lebanon, the July 1993 “Operation Accountability” , a devastating week-long relentless attack on Lebanon, the 1996 Operation Grapes of Wrath invasion of Lebanon and the 34 day July War of 2006. The latter killed more than 1300 Lebanese and wounded thousands while displacing more than one million Lebanese to Syria and elsewhere. Also killed in the July 2006 5th Israel-Lebanon war were 121 Israeli soldiers and 44 civilians.

Mindful that the next Israel-Hezbollah war could break out at any moment due to miscalculation, failure in communication, or uncontrolled escalation, circumspection is warranted in weighing Hezbollah and Israel’s military and political prospects briefly noted below.

Two of Israel’s many challenges during its 6th war on Lebanon will be Hezbollah’s massive military build-up with thousands of precision weapons and the growing Iranian domination in Lebanon, Syria, Iraq, Afghanistan and the Gulf. Both being constructed by Tehran to reach a strategic balance with Israel and gain the capability to massively damage Israel’s critical military assets and civilian infrastructure.

Israel, with less that 8% of Iran’s population and 3% of its size is also uniquely vulnerable to Hezbollah’s precision weapons given that it is a very small country with easily targeted infrastructures. For example, Israel’s electricity generation which produces roughly 16,000 MW of electricity clusters more than one-third (10 turbines) in only two well-known exposed locations which could be instantly destroyed by a small number of precision missiles. Hezbollah has exhibited to visitors its detailed maps of these facilities and many others which it also possesses for Israel’s natural gas infrastructure and its five sea water desalination facilities (which supply more than half of Israel’s drinking water) among many other exposed and easily targeted infrastructures as well as military bases and installations.

Israel must also decide exactly who during its next war its adversaries are.  The obvious enemy is Hezbollah but increasingly perhaps also the Lebanese Republic. The reason is that Hezbollah has become the dominate political and military force in Lebanon.

For its part Israel has drawn red lines, including Hezbollah’s acquisition from Iran, and even its own production, of precision weapons inside Lebanon, as well as Iranian deployment to Syria for Hezbollah’s use of high impact Iranian weapon systems,  including advanced surface-to-air missiles, coast-to-sea/coast missiles, and precision surface-to-surface missiles.

Unlike the July War of 2006, which some argue ended in more of less a draw, Hezbollah could draw on Iranian forces in Syria and according to Hezbollah’s Hassan Nasrallah, in a widely criticized recent speech, scores of thousands of largely Shia People’s Mobilization Forces (PMF), also known as the Popular Mobilization Units (PMU), from several countries in the region which it continues to help train, arm, command and sometimes fight alongside of. This major military asset, which could theoretically swarm northern and eastern Israel, did not exist in 2006 when Hezbollah and Israel last fought.

Another problem for Israel during its 6th  war on Lebanon  are  Russia’s goals in Syria meaning that unleashed hostilities on Israel’s northern border with Lebanon could  for any number of reasons spread into Syria.  Israel-Hezbollah fighting that spreads into Syria, would likely interfere with Russian projects to establish its own order in Syria which surely would entail Russia having major influence on the warring parties conduct, restraint, and deployment as well as any settlement in Syria. Russia could well seek to thwart Israel’s political, strategic, and even operational freedom to act against Hezbollah along the Syria-Lebanon border so as to protect the Assad regime for its own future benefit. This could lead to Israel having to consider the Hezbollah, Syrian, and Lebanese theaters as one.

It’s true that Israeli public opinion suggests widespread support for another but less flawed war with Hezbollah than the 5th one in July of 2006, about which Israel’s military establishment has concluded that Israel relied too heavily on its air force wanting to spare ground troops.

Frankly, Tel Aviv officials and Israel lobby fanatics who claim that an Israeli 1967-like victory is possible and would achieve the elimination of Iran’s ambitions in the Levant and especially in Lebanon, while gutting Hezbollah while strengthening Israel’s regional deterrence appear somewhat delusional. The next war is a battle that will likely not be “won” by Israel and its realistic war aims will not match the damage it will suffer.

Meanwhile, Hezbollah’s Lebanese supporters are also increasingly having second thoughts about another Hezbollah-Israel war. Thirty years of “Resistance” hype has grown stale among a large segment of Lebanon’s Shia community who claim it’s irrelevant to their lives, where jobs and opportunities for their youth are scarce, and they being exploited by Hezbollah officials to advance Iranian not Lebanese interests.

In Hezbollah neighborhoods, its involvement in Syria, which began in 2011 on orders from Tehran has cost Lebanese Shia countless hundreds of well-paying jobs in the Gulf with many being expelled, amidst increased calls for all GCC countries to expel all Lebanese Shia. Sunni’s in Lebanon no longer hire Shia as before with the latter increasingly being insulted and referred to as “Persians.”

Increasingly vanishing from Lebanon’s Shia community, particularly among mothers, young wives, and families of its “martyrs” is the acceptance of the loss of as many as 3,500 of their sons, husbands and brothers to confront so-called “takfiri” in Syria. Nor do Hezbollah claims of taking revenge on “those who killed Hussein at Karbala” in 632 AD matter much anymore.

The loss of a son for his mother surely exceeds all other deprivations including lack of freedom and security. No longer acceptable is the short lived praise from Hezbollah officials, an envelope with some cash as “compensation” plus assurances of spiritual redemption from Al-Sayeda Zainab, granddaughter of the Prophet Mohammad.

Anticopyright: Editorials and articles originated on TMS may be freely reprinted, disseminated, translated and used as background material, provided an acknowledgement and link to the source, TMS: Handicapping Israel’s 6th War on Lebanon (1), is included. Thank you.