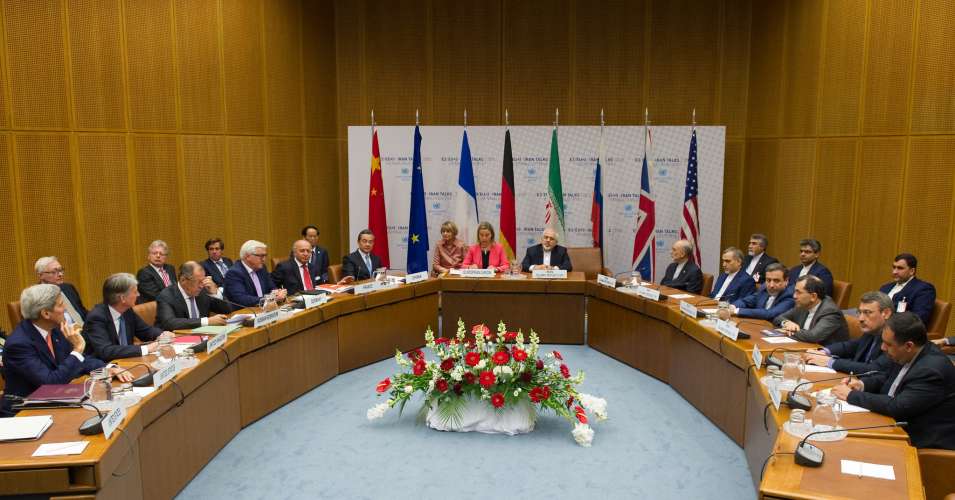 1 Sep 2017 – On what one observer called “a sad day for warmongers,” the United Nations declared today that Iran is fully adhering to the nuclear deal reached in 2015, and that inspectors will not go looking for infractions at the request of the Trump administration.

Trump and the U.S. ambassador to the United Nations, Nikki Haley, have regarded Iran and the agreement with suspicion, with Trump threatening to withhold certification of Iranian compliance, and saying in an interview in July, “If it was up to me, I would have had them noncompliant 180 days ago.”

Haley traveled to the International Atomic Energy Agency (IAEA)’s headquarters last week to demand inspections of Iran’s military sites—but presented no evidence of suspicious activity by the Iranians. IAEA officials reported that they would not be going on a “fishing expedition” to find Iran guilty of noncompliance. “We’re not going to visit a military site…just to send a political signal,” an IAEA official told Reuters, saying, “If [the Trump administration wants] to bring down the deal, they will. We just don’t want to give them an excuse to.”

The IAEA found that Iran has honored the commitments it made in the Joint Comprehensive Plan of Action (JCPOA), brokered by the Obama administration. Iran agreed to limit its nuclear program’s capabilities while the U.S. and five other world powers eased economic sanctions on the country.

Iran currently has less than a third of the amount of enriched uranium that it’s permitted to have under the JCPOA. After two slight breaches this past spring, its stockpile of heavy water is under the deal’s threshold as well.

The U.S. has isolated itself from other signatories in its search for reasons to declare Iran to be noncompliant. Nicholas Hopton, the British ambassador to Iran, told the Islamic Republic News Agency on Thursday, “I cannot speak for the government of the United States of America. The British government, however, is fully committed to the JCPOA and to its successful implementation.”

Trump critics spoke out on social media Friday about the president’s claims regarding Iran’s activities.

Sad day for warmongers in DC, Riyadh and Tel Aviv: Unlike the US, Iran is keeping all its promises. https://t.co/WnTtC6b2gO

@iaeaorg Trump is behaving like a third world despot in his efforts to undermine the #Iran nuclear deal. #cdnpoli https://t.co/QU6MUT6Wyg

The National Iranian American Council also released a statement noting that Trump himself has violated the agreement, rather than Iran.

There is a reason why Trump can’t point to any specific evidence to justify his assertions that Iran is noncompliant with the nuclear accord. The IAEA, U.S. intelligence community and our allies in the P5+1 have all affirmed Iran’s compliance. Yet, Trump has violated the JCPOA and continues to hold the fate of the accord in doubt by threatening to withhold a Congressionally-mandated certification of Iran’s compliance in mid-October, which would trigger expedited consideration of snapback sanctions.