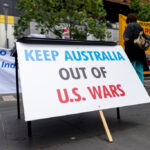 9 Nov 2022 – Blackmail: The U.S. Embassy in Canberra warned Australian officials that the government’s decision to adopt an “abstain” position regarding the treaty—after five years of opposing it—would obstruct Australia’s reliance on American nuclear forces in case of a nuclear attack on the country. 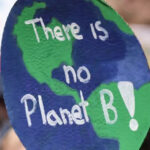 3 Jun 2021 – A group of 126 Nobel laureates and other experts today called on the leaders of the G7 nations and the UN to help put the global community on a path to establishing “a new relationship with the planet” as the world faces a coming decade which will be “decisive” in determining whether the Earth remains habitable. 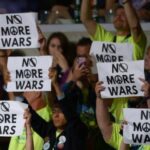 9 May 2020 – International diplomats were stunned and frustrated yesterday night after the U.S. again blocked a UN resolution to call for a global ceasefire during the coronavirus pandemic. It objected to any mention of the WHO in the resolution. “It’s bad enough that Trump is responsible for so many deaths in his own country, now he is actively complicit in causing even more across the globe.” 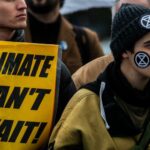 14 Dec 2019 – After the talks on the Paris climate agreement went into overtime amid a stalled agreement on wealthy countries reducing their carbon emissions, civil society groups and scientists were shocked by the weak language that emerged from the late-night talks today. “The only thing more disastrous than the state of UN climate negotiations at COP 25 is the state of the global climate.” 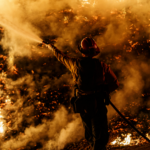 5 Nov 2019 – More than 11,000 scientists from 153 countries today officially declared a climate emergency and warned of “untold human suffering” if immediate bold action is not taken to stop the warming of the globe. “Scientists have a culture of reticence when it comes to making statements like this, but the emergency is rapidly accelerating, and the scientists are very clear: this is an existential emergency.”

1 Sep 2017 – On what one observer called “a sad day for warmongers,” the United Nations declared today that Iran is fully adhering to the nuclear deal reached in 2015, and that inspectors will not go looking for infractions at the request of the Trump administration.

Now is exactly the time to speak out against free-market exploitation, says author of ‘The Shock Doctrine.’