US Inaugurates Its First Military Base in Israel

The new base adds to the U.S. garrison of the world, which accounts for some 800 military bases on soil other than its own. 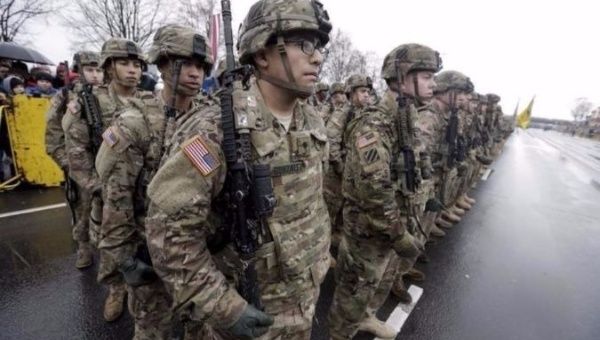 19 Sep 2017 – The first U.S. military base in Israel has been officially inaugurated. It’s located within the confines of the Aerial Defense Division in the south of the country.

A few dozen U.S. soldiers will live and work on the base, situated inside the school of the Israeli Air Force, in the Negev.

“The base is here to stay. It involved a significant allocation of resources, in the understanding that this was right and necessary and part of the United States’ assets in Israel,” said the commander of the division, Zvi Haimovich, speaking to Haaretz.

While commenting that the base is a reflection the close military ties shared between the two nations, Haimovich refused to disclose what type of activities the U.S. soldiers will undertake.

On Tuesday, U.S. President Donald Trump referred to Iran as a “rogue state” and repeated his threat to pull out of the international nuclear deal with Tehran during his speech at the 72nd United Nations General Assembly.

The move, according to Yedioth Ahronoth newspaper, will certainly send a message to Iran and other Muslim-majority nations in the region that the United States deems hostile towards its policies.

The new base adds to the U.S. garrison of the world, which accounts for some 800 military bases on soil other than its own. It comes only a day after the U.S. Senate all but unanimously approved a ginormous $700-billion military bill. The amount exceeds U.S. President Donald Trump’s initial budget request by $97 billion and eclipses a $549 billion military spending cap established by the 2011 Budget Control Act, according to PressTV.

The Stockholm International Peace Research Institute also details that the United States has a higher military expenditure than the next 8 countries combined.