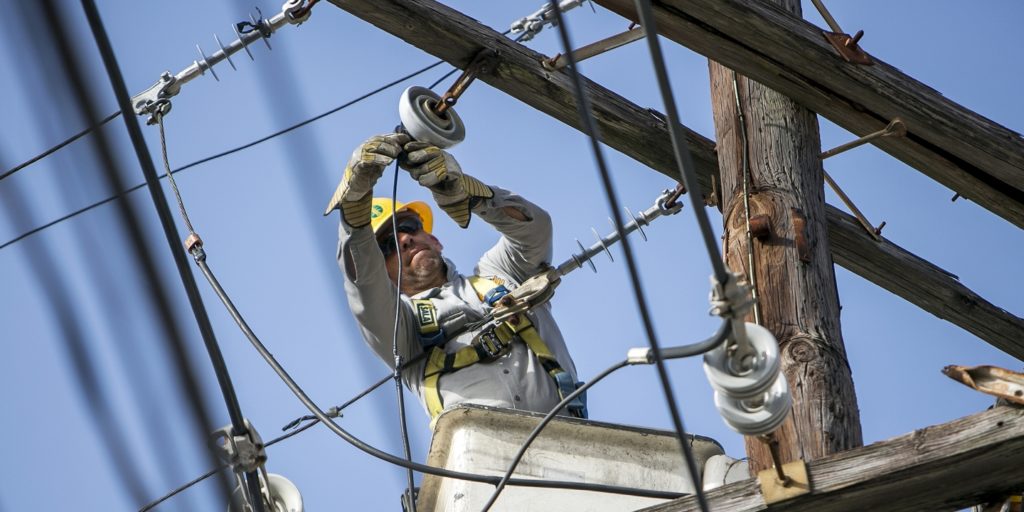 26 Oct 2017 – The board that oversees Puerto Rico’s finances has taken its most conspicuous step toward privatizing the island’s power grid, a long sought-after prize that has been put on a plate by Hurricane Maria.

The federally appointed control board announced that it intends to put the Puerto Rico Electric Power Authority, or Prepa — the island’s sole, beleaguered power utility — under the direction of an emergency manager.

That manager will be Noel Zamot, who will become Prepa’s “chief transformation officer.” Zamot, who is Puerto Rican, is a known entity to the control board. It appointed him this summer to serve on its executive committee as the revitalization coordinator. His role mainly involved attracting private investment under Title V of PROMESA, a provision allowing for an expedited social and environmental review of major infrastructure projects. Since that time, he’s been in charge of something called the Critical Projects Process, soliciting proposals from a slew of private actors. As of mid-September, Zamot had fielded 12 proposals according to his Twitter, many of which have to do with energy infrastructure.

His first job will be to help return electricity to around 80 percent of Puerto Ricans still without power following the storm. His second could be turning that power over to private hands, a pattern described by The Intercept’s Naomi Klein as the “shock doctrine.”

Months before either hurricanes Maria or Irma struck, the board had been enthusiastic about the prospect of privatizing Prepa, which is $9 billion in debt. Oversight board chair José B. Carrión III was explicit about one of Zamot’s main goals shortly after he was brought on: to “privatize the Electric Power Authority as soon as possible,” as he told the Puerto Rican newspaper Metro at the end of August.

In June, four of his seven colleagues on that control board wrote a Wall Street Journal op-ed calling openly to privatize Prepa, and in July they contracted with the consultancy firm McKinsey to — among other things — draw up “detailed privatization/corporatization plans supported by financial models and market engagement.”

Now Zamot will get the chance to carry out that job directly and may want to put a green spin on it. 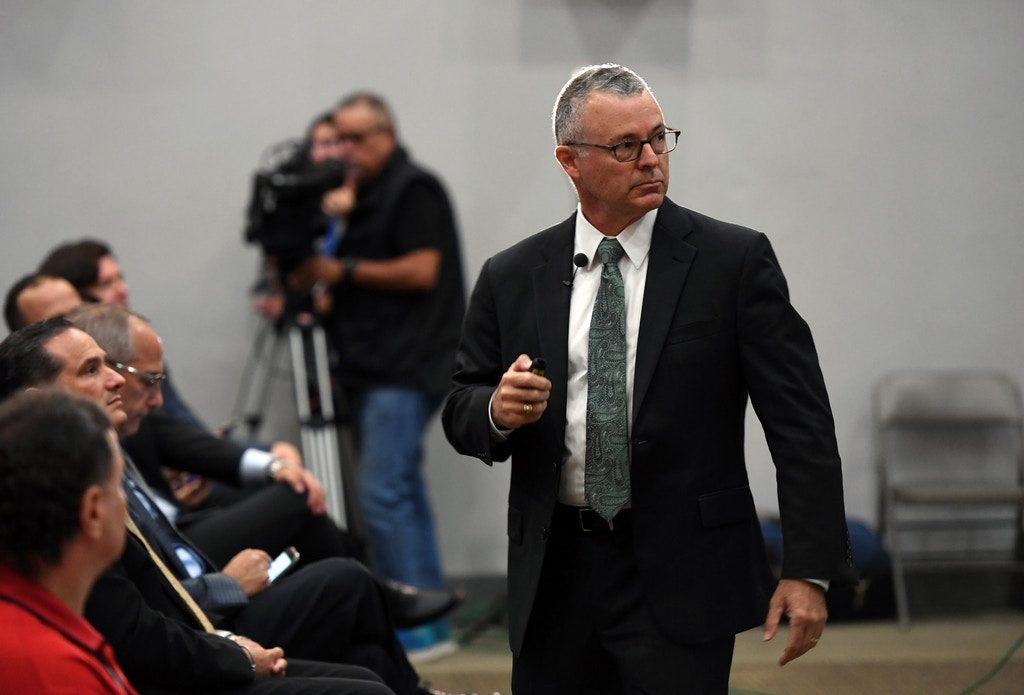 Puerto Rican Gov. Ricardo Roselló has been friendly to privatization as well, and shortly after coming into office this year, he installed new leadership at the utility. Prepa’s new top brass has been roundly criticized by UTIER, the island’s utility workers’ union, which has alleged that they have intentionally stalled recovery efforts to prime the pump for privatization and make the utility appear more dysfunctional than it is.

Yet the board has also gone to battle with hedge fund creditors on behalf of Puerto Rico. Prepa and the utility’s creditors had struck a draconian debt restructuring agreement before the board stepped in and rejected it, kicking the negotiations over to bankruptcy-style proceedings outlined in Title III of PROMESA, a law passed by Congress last summer that installed the board in the name of getting the island’s fiscal house in order. Hedge funds have less power in a bankruptcy setting and aren’t likely to get anywhere near as good a deal as the one they’d locked down earlier.

The same goes for the broader debt. Puerto Rico currently sits in at least $74 billion in municipal debt, much of which is held by hedge and mutual funds. The board, in turn, serves as a kind of mediator between the Puerto Rican government and its creditors, who are eager to extract as much cash from the island as quickly as possible. Insulated from bondholder lawsuits, the fate of Puerto Rico’s debt — including Prepa’s — now rests with federal Judge Laura Taylor Swain, in New York.

In a press statement, oversight board Executive Director Natalie Jaresko said, “The appointment of Noel is an essential step in achieving the goals of reliable, competitively priced electricity and attracting the private capital we need to revitalize the economy of Puerto Rico.” She also asserted that it “it is common practice in reorganization cases for a debtor in possession to name a chief restructuring officer to effectively manage the entity while it is in bankruptcy.”

Zamot’s professional background has been varied and doesn’t appear to have much to do with either electric utilities or debt restructuring. He has a degree in engineering, served in the Air Force, and has spent stints working at the United States Space Command, NATO, and the Wyle Aerospace Group’s acquisition management division. Before being brought on by the fiscal oversight board, he was serving as the head of Corvus Analytics, a cybersecurity firm he founded in the Boston area.

Now charged with getting Prepa’s fiscal house in order by any means necessary, Zamot appears perhaps most excited about a more eco-friendly privatization push. On October 11, he penned a post on LinkedIn, later added to Medium, praising Tesla CEO Elon Musk’s recent interest in helping to support post-Maria rebuilding efforts, as well as the friendly exchange between the space, tunnel, and energy mogul and Roselló.

“The mere fact that Gov. Roselló has enthusiastically supported Musk’s offer is in itself a very positive development,” Zamot wrote. “It clearly signals to private investors that the island is seriously considering innovative solutions to its energy challenge. Investors are correct in interpreting this as a signal that everything is on the table, and that those with truly innovative solutions (backed by smart capital) will be warmly considered by the government.”

He went on to note that “Tesla’s solutions will be necessary, but insufficient on their own to truly transform PR’s energy sector,” suggesting instead that Puerto Rico has to “reset mental models regarding energy strategy,” and that private investors looking to get involved with Prepa will now have to contend with ratepayers who are now excited about switching to renewable energy. “Public entities now know that everything is on the table. And the government has uncorked the energy genie’s bottle and set expectations for the future quite high,” he added (his emphasis).

“It is safe to say that Elon Musk will not be the only private stakeholder in this promising future,” Zamot concluded, “but he just may be the catalyst that started it all.”

Earlier this week, the company returned power to a children’s hospital in Puerto Rico with a solar panel and battery array, which they promised would be the “first of many solar + storage projects to come.” Details on future projects have yet to emerge; Tesla’s island power projects to date have been orders of magnitude smaller than the job they would face in Puerto Rico.

Zamot’s excitement about a privatized, green energy future in Puerto Rico stands at odds with the restoration contracts that the utility and federal agencies involved in repair efforts have handed out thus far. Cobra Acquisitions LLC, for instance — contracted by Prepa for up to $200 million to provide transmission and distribution line repair — is the wholly owned subsidiary of Mammoth Energy Services, a company that’s main business is providing support for fracking and tar sands extraction.

Most controversial has been the $300 million contract awarded to Whitefish Energy, a tiny Montana-based company founded in 2015 and with little experience carrying out large-scale grid repair. Earlier Wednesday, Whitefish sparred with San Juan Mayor Carmen Yulín Cruz on Twitter. Other contracts announced so far include Weston Solutions, brought on by the U.S. Army Corps of Engineers, which has been placed in charge of emergency rebuilding efforts.

All signs point to current Prepa leadership and contractors wanting to rebuild the utility as it was: corrupt, overly dependent on costly, imported oil, and perilously fragile. Zamot, at the direction of the fiscal oversight board, could turn it into a playground for Silicon Valley. It is eminently possible to rebuild a more resilient energy system in Puerto Rico that doesn’t either run on fossil fuels or put the needs of corporate shareholders ahead of the island’s residents. Hurricane Maria could be the perfect opening to put just such a system in place, and Puerto Rico’s own history offers some guidance as to what an effort on that scale — a broad economic reconstruction — might look like. Crisis, in other words, isn’t only an opportunity for society’s worst actors.

Zamot, the fiscal oversight board, Tesla, and Prepa officials could be reached for comment in time for publication.