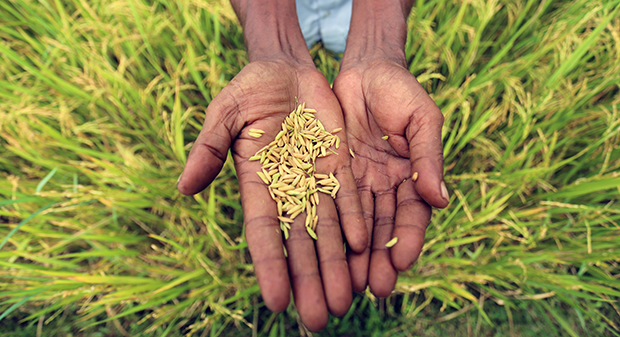 9 Oct 2017 – Population growth, increasing urbanisation, modern technologies, and climate change are transforming the world at a fast pace. But what direction are these transformations headed in? Are they benefitting the poor and the food insecure? And will the food systems of the future be able to feed and employ the millions of young people poised to enter labour markets in the decades to come?

These are some of the main questions posed by the just-released State of Food and Agriculture 2017 report, which argues that a key part of the response to these challenges must be transforming and revitalising rural economies, particularly in developing countries where industrialisation and the service sector are not likely to be able to meet all future job demand.

“Unless economic growth is made more inclusive, the global goals of ending poverty and achieving zero hunger by 2030 will not be reached.”
— Graziano da Silva

“It lays out a vision for a strategic, ‘territorial approach’ that knits together rural areas and urban centres, harnessing surging demand for food in small towns and mega cities alike to reboot subsistence agriculture and promote sustainable and equitable economic growth,” says the UN Food and Agriculture Organization (FAO) in its report, issued on 9 October.

One of the greatest challenges today is to end hunger and poverty while making agriculture and food systems sustainable, it warns, while explaining that this challenge is “daunting” because of continued population growth, profound changes in food demand, and the threat of mass migration of rural youth in search of a better life.

The report analyses the structural and rural transformations under way in low-income countries and shows how an “agro-territorial” planning approach can leverage food systems to drive sustainable and inclusive rural development.

Otherwise, the consequences would be dire. In fact, the world’s 500 million smallholder farmers risk being left behind in structural and rural transformations, the report says, while noting that small-scale and family farmers produce 80 per cent of the food supply in sub-Saharan Africa and Asia, and investments to improve their productivity are urgently needed. 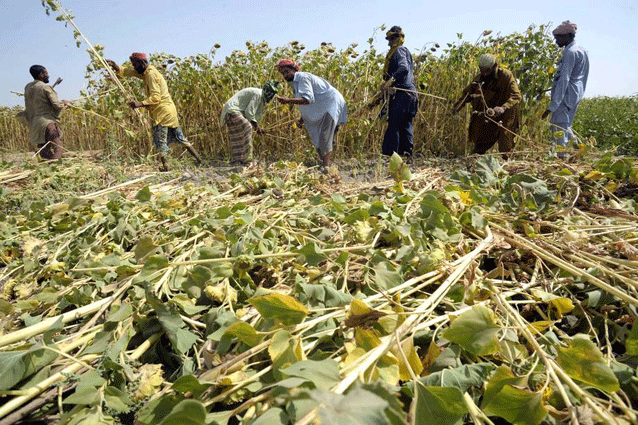 Moreover, urbanisation and rising affluence are driving a “nutrition transition” in developing countries towards higher consumption of animal protein. “Agriculture and food systems need to become more productive and diversified.”

According to the report, small cities and towns can play a catalytic role in rural transformation rural and urban areas form a “rural–urban spectrum” ranging from megacities to large regional centres, market towns and the rural hinterland, according to the report. In developing countries, smaller urban areas will play a role at least as important as that of larger cities in rural transformation.

“Agro-territorial development that links smaller cities and towns with their rural ‘catchment areas’ can greatly improve urban access to food and opportunities for the rural poor.” This approach seeks to reconcile the sectoral economic aspects of the food sector with its spatial, social and cultural dimensions.

On this, the report explains that the key to the success of an agro-territorial approach is a balanced mix of infrastructure development and policy interventions across the rural–urban spectrum.

Announcing the report, FAO Director-General, José Graziano da Silva said that in adopting the 2030 Agenda for Sustainable Development two years ago, the international community committed itself to eradicating hunger and poverty and to achieving other important goals, including making agriculture sustainable, securing healthy lives and decent work for all, reducing inequality, and making economic growth inclusive.

With just 13 years remaining before the 2030 deadline, concerted action is needed now if the Sustainable Development Goals are to be reached, he added.

“There could be no clearer wake-up call than FAO’s new estimate that the number of chronically undernourished people in the world stands at 815 million. Most of the hungry live in low-income and lower-middle-income countries, many of which have yet to make the necessary headway towards the structural transformation of their economies.”

Graziano da Silva said that successful transformations in other developing countries were driven by agricultural productivity growth, leading to a shift of people and resources from agriculture towards manufacturing, industry and services, massive increases in per capita income, and steep reductions in poverty and hunger.

Countries lagging behind in this transformation process are mainly concentrated in sub-Saharan Africa and South Asia. Most have in common economies with large shares of employment in agriculture, widespread hunger and malnutrition, and high levels of poverty, he explained. 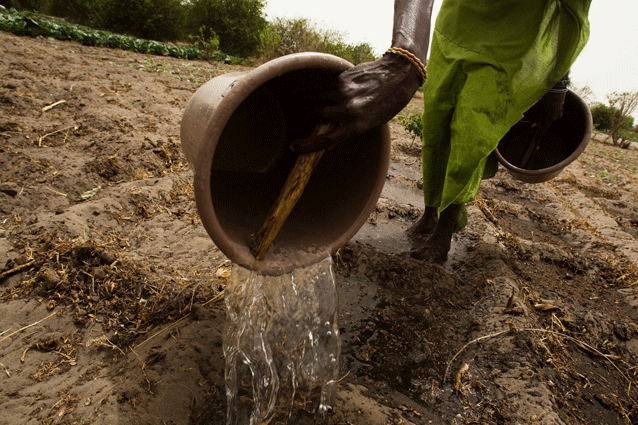 Nuclear techniques are now used in many countries to help maintain healthy soil and water systems, which are paramount in ensuring food security for the growing global population. Credit: FAO

According to the latest FAO estimates, some 1.75 billion people in low-income and lower-middle-income countries survive on less than 3.10 dollars a day, and more than 580 million are chronically undernourished.

The prospects for eradicating hunger and poverty in these countries are overshadowed by the low productivity of subsistence agriculture, limited scope for industrialization and –above all– by rapid rates of population growth and explosive urbanisation, said Graziano da Silva.

In fact, between 2015 and 2030, their total population is expected to grow by 25 percent, from 3.5 billion to almost 4.5 billion. Their urban populations will grow at double that pace, from 1.3 billion to 2 billion.

In sub-Saharan Africa, the number of people aged 15–24 years is expected to increase by more than 90 million by 2030, and most will be in rural areas.

“Young rural people faced with the prospect of a life of grinding poverty may see few other alternatives than to migrate, at the risk of becoming only marginally better off as they may outnumber available jobs in urban settings.”

The overarching conclusion of this report is that fulfilling the 2030 Agenda depends crucially on progress in rural areas, which is where most of the poor and hungry live, said the FAO Director General.

“It presents evidence to show that, since the 1990s, rural transformations in many countries have led to an increase of more than 750 million in the number of rural people living above the poverty line.”

To achieve the same results in the countries that have been left behind, the report outlines a strategy that would leverage the “enormous untapped potential of food systems” to drive agro-industrial development, boost small-scale farmers’ productivity and incomes, and create off-farm employment in expanding segments of food supply and value chains.

“This inclusive rural transformation would contribute to the eradication of rural poverty, while at the same time helping end poverty and malnutrition in urban areas.”

A major force behind inclusive rural transformation will be the growing demand coming from urban food markets, which consume up to 70 per cent of the food supply even in countries with large rural populations, he added.

The FAO chief explained that thanks to higher incomes, urban consumers are making significant changes in their diets, away from staples and towards higher-value fish, meat, eggs, dairy products, fruit and vegetables, and more processed foods in general.

Urbanisation thus provides a “golden opportunity for agriculture”, he added. However, it also presents challenges for millions of small-scale family farmers. “More profitable markets can lead to the concentration of food production in large commercial farms, to value chains dominated by large processors and retailers, and to the exclusion of smallholders.”

“No amount of urban demand alone will improve production and market conditions for small-scale farming,” he said. “Supportive public policies and investment are a key pillar of inclusive rural transformation.”

The second pillar is the development of agro-industry and the infrastructure needed to connect rural areas and urban markets, said Grazano da Silva, adding that in the coming years, many small-scale farmers are likely to leave agriculture, and most will be unable to find decent employment in largely low-productivity rural economies.

In sub-Saharan Africa, food and beverage processing represents between 30 per cent and 50 per cent of total manufacturing value added in most countries, and in some more than 80 per cent, he said. “However, the growth of agro-industry is often held back by the lack of essential infrastructure – from rural roads and electrical power grids to storage and refrigerated transportation.”

In many low-income countries, such constraints are exacerbated by a lack of public- and private sector investment, FAO chief explained.

The third pillar of inclusive rural transformation is a territorial focus on rural development planning, designed to strengthen the physical, economic, social and political connections between small urban centres and their surrounding rural areas.

In the developing world, about half of the total urban population, or almost 1.5 billion people, live in cities and towns of 500,000 inhabitants or fewer, according to the report.

“Too often ignored by policy-makers and planners, territorial networks of small cities and towns are important reference points for rural people – the places where they buy their seed, send their children to school and access medical care and other services.”

Recent research has shown how the development of rural economies is often more rapid, and usually more inclusive, when integrated with that of these smaller urban areas.

“The agro-territorial development approach described in the report, links between small cities and towns and their rural ‘catchment areas’ are strengthened through infrastructure works and policies that connect producers, agro-industrial processors and ancillary services, and other downstream segments of food value chains, including local circuits of food production and consumption.”

“Unless economic growth is made more inclusive, the global goals of ending poverty and achieving zero hunger by 2030 will not be reached,” warned Graziano da Silva.