Saudi Arabia and Israel have both expressed their praise for the U.S. President’s move. 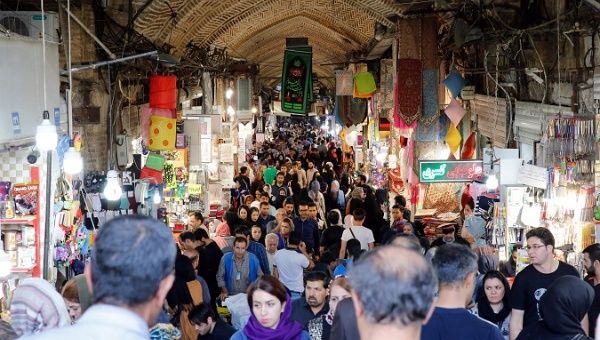 13 Oct 2017 – In response to the U.S. President Donald Trump’s decision to decertify the Joint Comprehensive Plan of Action, JCPOA, with Tehran, the International Atomic Energy Agency, IAEA,  has confirmed that Iran adhered to the nuclear deal.

“As I have reported to the Board of Governors, the nuclear-related commitments undertaken by Iran under the JCPOA are being implemented,” the IAEA Director General Yukiya Amano said in a statement following Trump’s announcement.

“The IAEA’s verification and monitoring activities address all the nuclear-related elements under the JCPOA. They are undertaken in an impartial and objective manner and in accordance with the modalities defined by the JCPOA and standard safeguards practice,” the UN nuclear watchdog’s chief added.

The European Union’s foreign policy chief Federica Mogherini emphasized the same, adding that no one country could ax the deal, which was agreed by the U.K., France, Germany, Russia, China and the U.S.

Tehran has slammed Trump’s decision as “delusional”, with Iranian President Hassan Rouhani adding that Washington “is more isolated than ever” and cannot change the nuclear deal unilaterally.

While the Iranian Foreign Minister Javad Zarif posted his robust response on Twitter.

No wonder supporters of Trump’s inane Iran speech are those bastions of democracy in the Persian Gulf: KSA, UAE & Bahrain. 3/

In contrast, two countries which have pressurized Trump to harden his stance against Iran, Saudi Arabia and Israel, have both expressed their praise for the U.S. President’s move.

The Israeli Prime Minister Benjamin Netanyahu lauded his “courageous decision,” saying it had created an “opportunity to fix this bad deal, to roll back Iran’s aggression and to confront its criminal support of terrorism”.

“I think that the speech was very significant. Iran is the new North Korea. We see where things are going,” Israel’s Intelligence Minister Yisrael Katz also told the Israeli Channel 2 television network.

“The kingdom backs and welcomes the firm strategy on Iran and its aggressive policy that was announced by US President Donald Trump,” the statement read.

In his announcement, Trump said he had chosen not to certify Tehran, but would not immediately withdraw from it. He pushed the issue to the U.S. Congress, which has 60 days to decide whether to reinstate U.S. sanctions.

The U.S. President called Iran a “regime” that “since the signing of the nuclear agreement, (whose) dangerous actions (have) only escalated.”

Trump said he would also impose sanctions on Iran’s Islamic Revolutionary Guard Corps, IRGC, which he accused of supporting supposed “terrorism” across the world, including the Middle East.

To this, Rouhani asked, “Is it the IRGC that is corrupt or governments and armed forces who have always intervened in this region against the independence of nations?”

The 2015 agreement had agreed to lift longtime, economic sanctions on the Iranian government and its citizens, in exchange for the country’s gradually-decreased production of enriched uranium and weapons-grade plutonium. The IAEA was tasked with overseeing Iran’s compliance with the deal.