Myanmar Shows Off Its Israeli Weapons 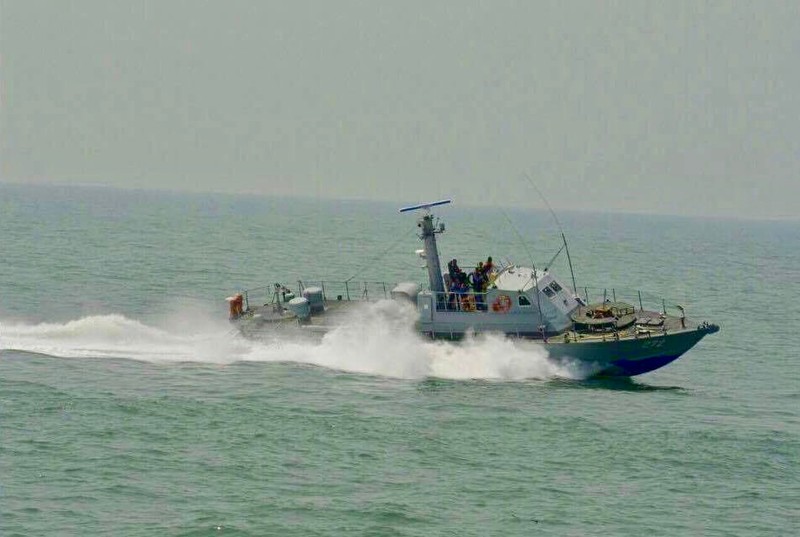 23 Oct 2017 – Myanmar has been showing off its new gunboats, confirming that Israel is supplying the country with weapons in spite of official secrecy around the matter.

“The post is from April, only half a year ago, when the Myanmar (Burmese) army was already being accused of war crimes,” Haaretz notes.

The court issued a secret ruling on a petition by human rights lawyer Eitay Mack demanding a halt to such sales.

Up to 12k #Rohingya refugee children are reaching Bangladesh every week.

Both Amnesty International and Human Rights Watch say that the military in Myanmar, also known as Burma, is committing crimes against humanity.

Last week, top UN officials estimated that 500,000 Rohingya refugees had crossed into neighboring Bangladesh in less than five weeks, many “fleeing discrimination, violence and persecution, as well as isolation and fear.”

According to Haaretz, the pictures of the boats on Facebook “also reveal the weapons that have been installed on them, all blue-and-white products.”

These include a remote weapons station for firing heavy machine guns, made by Elbit Systems, Israel’s biggest arms maker.

“The new patrol boats are only part of a larger transaction signed between Israel and Myanmar,” according to the newspaper.

In 2015, Min Aung Hlaing, a senior general from Myanmar, posted pictures on Facebook showing him and other officials on a shopping spree at various Israeli weapons companies.

“We don’t connect the two things”

In an interview with The Myanmar Times earlier this month, Israeli ambassador Daniel Zonshine said Israel was determined not to let the mass expulsions of the Rohingya interfere with growing bilateral trade.

The ambassador said he would continue to “differentiate the economic relations and the situation in Rakhine. At the moment, we don’t connect the two things.”

According to The Myanmar Times, Israeli exports to Myanmar reached $34 million in the first half of this year, already outpacing the $23 million for all of 2016.

This trade is reportedly concentrated in telecoms and electronics, as well as irrigation and medical devices.

But these figures presumably exclude the arms sales which Israel keeps secret. Haaretz estimates that the military trade alone is worth tens of millions of dollars.

Zonshine offered Myanmar some advice – undoubtedly based on Israel’s own propaganda tactics – on how to whitewash its bloodsoaked image.

“When the story in the international media is framed as it is today, it doesn’t help to create more markets. It doesn’t help promote the [country’s] image,” Zonshine said. “It is something that should receive some attention from the government in order to show that although there are problems, Myanmar is still Myanmar. In other words, not to let the conflict define who or what Myanmar is.”

Ali Abunimah – Co-founder of The Electronic Intifada and author of The Battle for Justice in Palestine, now out from Haymarket Books, and of One Country: A Bold-Proposal to End the Israeli-Palestinian Impasse.