The US Military Is Conducting Secret Missions All Over Africa 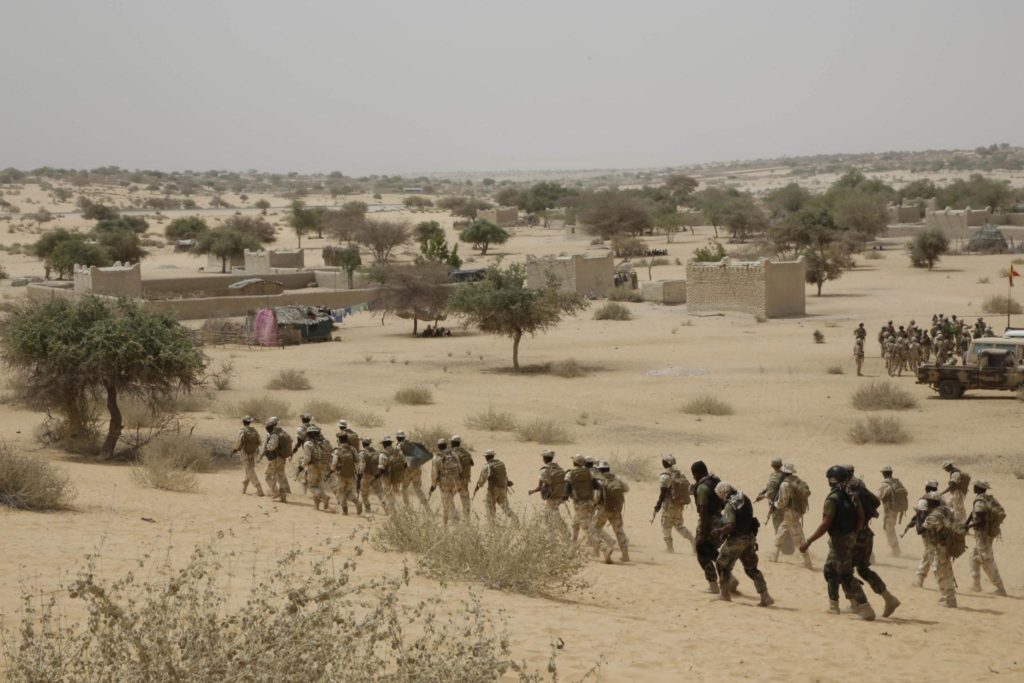 25 Oct 2017 – U.S. troops are now conducting 3,500 exercises, programs, and engagements per year, an average of nearly 10 missions per day, on the African continent, according to the U.S. military’s top commander for Africa, General Thomas Waldhauser. The latest numbers, which the Pentagon confirmed to VICE News, represent a dramatic increase in U.S. military activity throughout Africa in the past decade, and the latest signal of America’s deepening and complicated ties on the continent.

With the White House and the Pentagon facing questions about an Oct. 4 ambush in Niger in which four U.S. Special Forces soldiers were killed, Secretary of Defense James Mattis reportedly indicated to two senior members of the Senate Armed Services Committee Friday that these numbers are only likely to increase as the U.S. military shifts even greater attention to counterterrorism in Africa.

“The huge increase in U.S. military missions in Africa over the past few years represents nothing less than a shadow war being waged on the continent.”

But the U.S. military has already seen significant action in Africa, where its growth has been sudden and explosive. When U.S. Africa Command, the umbrella organization for U.S. military operations on the continent, first became operational in 2008, it inherited 172 missions, activities, programs, and exercises from other combatant commands. Five years in, that number shot up to 546.

Today’s figure of 3,500 marks an astounding 1,900 percent increase since the command was activated less than a decade ago, and suggests a major expansion of U.S. military activities on the African continent. (VICE News requested 2016 numbers, but AFRICOM failed to answer phone calls or respond to email requests.) 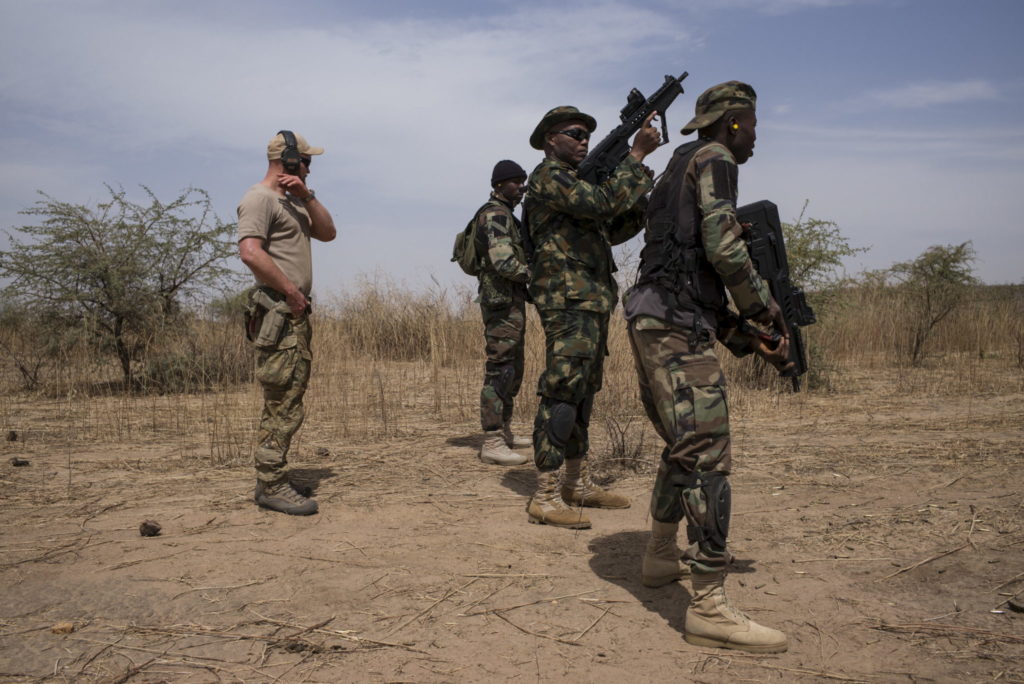 “The huge increase in U.S. military missions in Africa over the past few years represents nothing less than a shadow war being waged on the continent,” said William Hartung, the director of the Arms and Security Project at the Center for International Policy.

These developments stand in stark contrast to early assurances that AFRICOM’s efforts would be focused on diplomacy and aid. In the opening days of the command, the assistant secretary of defense for African affairs, Theresa Whelan, said it would not “reflect a U.S. intent to engage kinetically in Africa.” AFRICOM, she said, was not “about fighting wars.”

But an increasing number of AFRICOM’s missions have the appearance of just that. The command has launched 500 airstrikes in Libya in the last year alone, and U.S. forces have regularly carried out drone attacks and commando raids in Somalia.

“When push comes to shove training missions can easily cross the line into combat operations.”

“This military-heavy policy,” said Hartung, “risks drawing the United States more deeply into local and regional conflicts in Africa and generating a backlash that could actually aid terrorist organizations in their recruitment.”

Officially, the Pentagon says the 3,500 missions consist primarily of training and advisory efforts to build the “defense capabilities” of local partner forces, including the use of counterterrorism assistance efforts such as the Combating Terrorism Fellowship Program and Trans-Sahara Counterterrorism Partnership, according to spokesperson Maj. Audricia Harris. (Harris also confirmed that Waldhauser’s figures were accurate).

These programs are aimed at a plethora of terror groups that have sprung up across the continent since the 2000s, including 19 “active militant Islamist groups,”  — such as al Shabaab in Somalia, Boko Haram in the Lake Chad Basin region, and the Islamic State group in the Greater Sahara —  in AFRICOM’s area of operations, according to the Pentagon’s Africa Center for Strategic Studies. The ultimate aim, according to AFRICOM, is to defeat “transnational threats in order to advance U.S. national interests and promote regional security, stability, and prosperity.”

But AFRICOM uses extremely broad language to describe training missions, including those in which troops are killed in action. Missions carried out under the rubric of “security assistance,” “security cooperation,” “train-and-equip” or “building partner capacity” — can be indistinguishable from actual combat.

“We’ve seen a significant increase in U.S. military training to the African continent in recent years.”

“There is a notion,, in some circles at least, that training missions are ‘safe,’ and that U.S. troops are not exposed to the same level of risk as if they were engaged in direct combat,” said Hartung. “There may be an element of truth in this, but when push comes to shove, training missions can easily cross the line into combat operations.”

In May, for example, a Navy SEAL was killed by al Shabaab militants in Somalia while “assisting partner forces,” according to AFRICOM. Earlier this month, four Special Forces soldiers were killed in an ambush while providing “advice and assistance” to local forces in Niger. 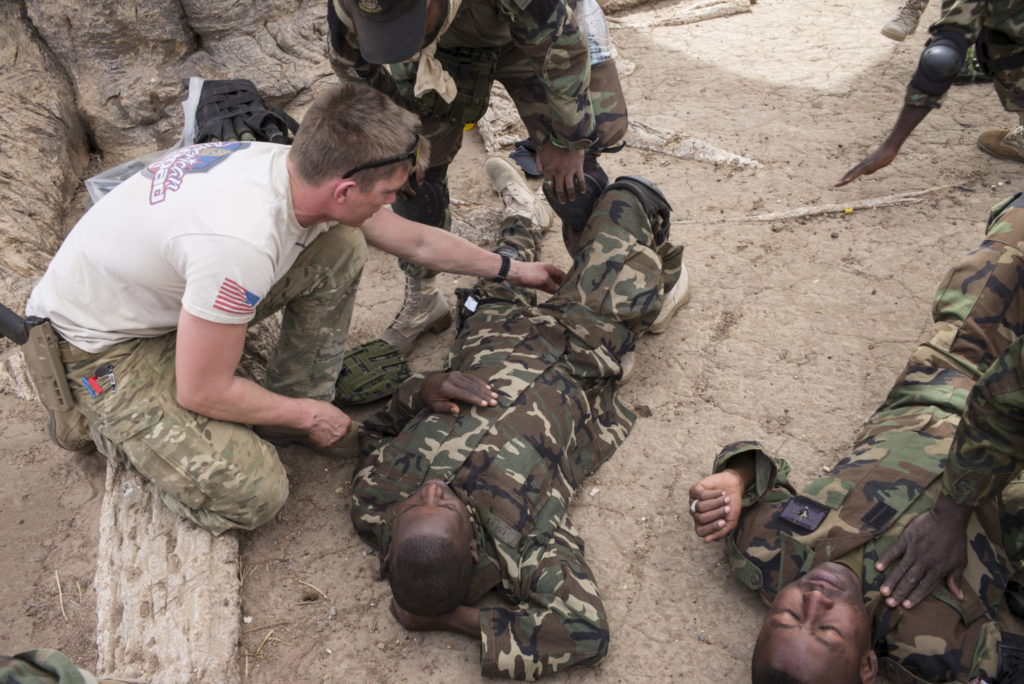 U.S. troop deaths or scandals are frequently the only mechanism by which Americans come to know about military deployments to African nations like Niger, which according to Pentagon spokesperson Maj. Audricia Harris is home to more than 800 U.S. military personnel.

But Niger is hardly exceptional. Every day, 5,000 to 6,000 U.S. personnel are deployed across the African continent.

These near-constant training exercises, missions, and activities with troops from Benin and Burkina Faso, Cameroon and Chad, Gabon and Guinea Bissau, not to mention Mali, Nigeria, Senegal, the Seychelles, Sierra Leone, Togo and Uganda, among other nations, remain largely unknown to most Americans. So is the string of U.S. bases and outposts stretching from Djibouti to Tunisia, Cameroon to Kenya, Ghana to Niger.

“We’ve seen a significant increase in U.S. military training to the African continent in recent years,” Colby Goodman, the director of the Security Assistance Monitor, which tracks U.S. spending on foreign militaries, told VICE News. The number of African troops trained by U.S. military personnel jumped 89 percent, Goodman notes, from 22,825 trained in 2014 to at least 42,815 individuals a year later.

“I think we run the risk of working ourselves in more deeply — building dependence, rather than independence.”

Even before Mattis informed Sen. Graham and Sen. John McCain, the chairman of the Senate Armed Services Committee, there were indications that the counterterror missions would expand. This month, Donald Yamamoto, the acting assistant secretary of state for African Affairs, told the House Foreign Affairs Committee that the Trump administration’s proposed $5.2 billion African aid budget would address “key priorities” such as “assist[ing] partner nations to defeat ISIS branches and affiliates and other terrorist organization threats and networks in Mali and the Sahel, Nigeria and the Lake Chad Basin, Somalia and the Horn of Africa, and elsewhere.”

Recently, the acting U.S. Army Africa commander, Brig. Gen. Gene LeBoeuf, noted that so-called “theater security cooperation” activities — missions designed to “build relationships that promote specified U.S. interests” — are set to rise from 186 this year to 271 in 2018, with about 80 percent taking place in the Lake Chad Basin nations of Cameroon, Chad, Nigeria, and Niger. The recent attack on U.S. forces in Niger, believed to have been carried out by the Mali-based Islamic State in the Greater Sahara, suggest these missions pose increasing risks.

Experts warn this surge in U.S. military activities lacks strategic planning, and that providing training and equipment to such poor nations with fragile governments can result in greater instability.

“First, it’s very easy for our activities to overwhelm a country’s absorptive capacity for aid, which tends to result in elevated levels of corruption,” said Rebecca Zimmerman, a national security and foreign policy researcher at the RAND Corporation. “Next, by disproportionately funding the military and security apparatuses of these governments, we run the risk of militarizing or securitizing the country — elevating the militaries to a place of increased power relative to civilian government.”

“With all of this,” Zimmerman said, “I think we run the risk of working ourselves in more deeply — building dependence rather than independence — which will make it hard for our forces to eventually conclude their mission.”

Spokespersons for Africa Command would not comment about the missions or such concerns, ignoring multiple emails from, and even hanging up on, this reporter.

Hartung shared similar concerns and said it was critical for the public to stay informed of the military’s often quiet expansion. “Congress and the public need to pay more attention to far-flung U.S. military train-and-equip missions, both in Africa and globally. They can too often sow the seeds of greater U.S. military involvement,” he said.

Nick Turse is an award-winning investigative journalist and a contributing writer for The Intercept, reporting on national security and foreign policy. He is the author, most recently, of Next Time They’ll Come to Count the Dead, War and Survival in South Sudan, as well as Tomorrow’s Battlefield: U.S. Proxy Wars and Secret Ops in Africa, and Kill Anything That Moves: The Real American War in Vietnam. He has written for The New York Times, Los Angeles Times, San Francisco Chronicle, The Nation, and Village Voice, among other publications. He has received a Ridenhour Prize for Investigative Reporting, a James Aronson Award for Social Justice Journalism, and a Guggenheim Fellowship. Turse is a fellow at The Nation Institute and the managing editor of tomdispatch.com. Twitter: @nickturse – Securedrop