We Will Continue to Protect Assange as His Life Is Still Under Threat: Moreno

Ecuadorean President Lenin Moreno implied that there are looming threats to Assange’s life. 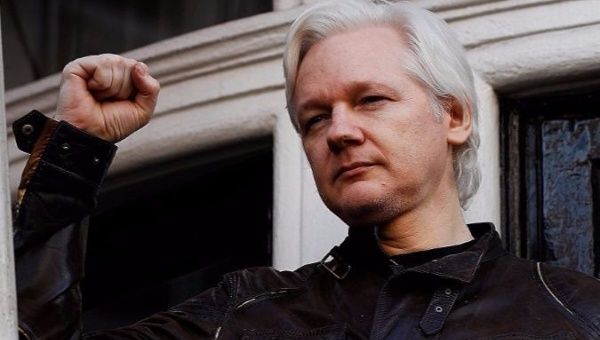 Moreno, who spoke to RT on Saturday, implied that there are looming threats to Assange’s life and as such will allow the whistleblower to continue to stay at Ecuador’s London embassy.

“There is no death penalty in Ecuador, so our country has the right to grant asylum to Assange. We will continue to give him patronage for as long as we assume that his life may be in danger,” Moreno said in an interview with RT.

The president said that Quito has asked Assange to not issue any further comments on Ecuador’s policies.

“He continued to express his opinion on this issue and we let him to do that in order to avoid restriction of freedom of speech, but we earnestly urge him to abstain from that,” Moreno added.

Assange has been living at the embassy for the past five years, after being granted political asylum in 2012.

In 2010, two women accused the Australian of rape, which he denied.

Eventually, the charges were dropped following a seven-year investigation, but the UK police said Assange would still be arrested, for violating bail term, if he exits the embassy.