“AmazonLog” — A Military Drill with Vast Amazonian Aspirations: US Empire of Bases

While placing pressure on Venezuela could well be part of the agenda behind the public face of this week’s combined military drill, the move is likely reflective of the larger goal of establishing a permanent U.S. military presence in the Amazon. 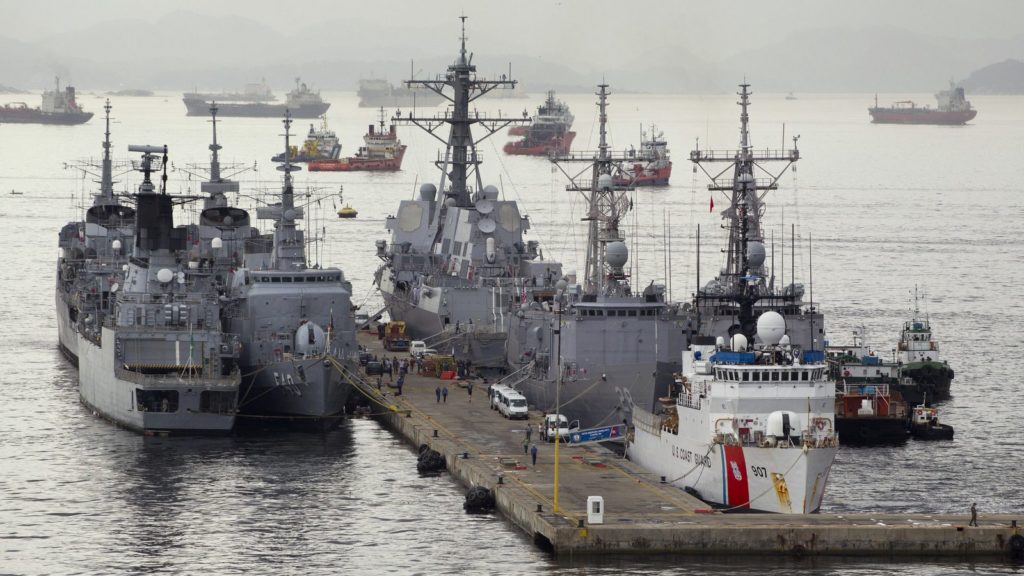 6 Nov 2017 – Back in May, MintPress News reported on the announcement of a U.S. military drill in South America titled “Operation: America United,” due to take place later this year. Set to begin on Monday, the drill, now also referred to by the name “AmazonLog,” will be led by the U.S. military and involve the militaries of Brazil, Peru and Colombia — as well as the installation of a temporary military base in the region, near the triple border shared by the three participating countries, in the Brazilian city of Tabatinga.

Initially touted by the Brazilian military as an opportunity to “develop greater knowledge, share experiences and develop mutual trust,” it has since emerged that major aspects of the program will focus on managing refugees displaced by drug trafficking and terrorism, providing humanitarian aid, peace operations, and actions against drug trafficking. For those who have been following events in Venezuela, the timing of the exercise – as Venezuela approaches default – combined with the drill’s focuses suggest that the Venezuelan government of Nicolás Maduro could be the target of this multinational military exercise.

Indeed, recent U.S. legislation cites U.S. concerns for uncontrolled migration and the need for humanitarian aid were the current government of Venezuela to collapse. Congress recently required the U.S. Department of Defense to develop a contingency plan detailing what roles and assets it would employ to address such an issue in Venezuela.

Furthermore, the U.S. government has repeatedly accused Venezuelan government officials of drug trafficking when issuing sanctions against them, a charge levied against them without evidence. Such charges have also coincided with decisions taken by the Venezuelan government that adversely affect U.S. economic and business interests — including the Venezuelan government’s recent decision to stop selling its oil in U.S. dollars and begin selling it in the Chinese yuan.The fact that U.S. President Donald Trump has met with the presidents of the participating South American countries to discuss the U.S.’ “interest” in Venezuela also does not bode well for the Bolivarian republic.

An obvious target and an ultimate ambition 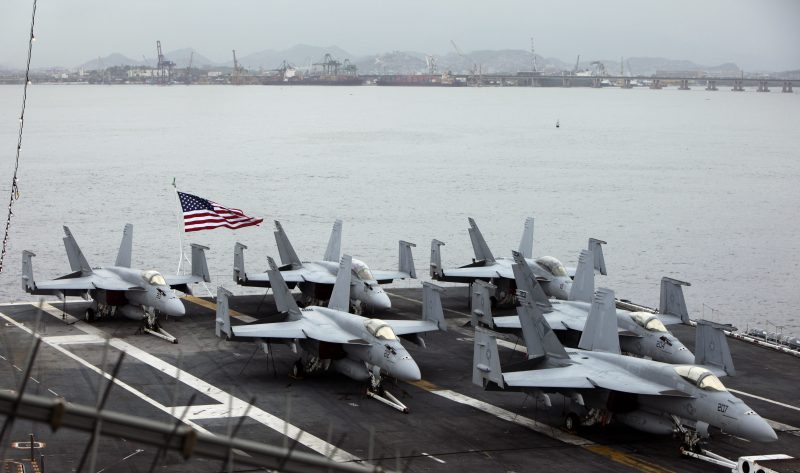 Yet, while Venezuelan regime change could well be part of the agenda hidden behind the public face of “America United”/”AmazonLog,” there is significant evidence that the drill is also just part of the larger goal of establishing a permanent U.S. military presence in the Amazon.

Though the Brazilian military has previously denied rumors that a permanent military force in the region will follow in the wake of the drill, the Brazilian government – led by its unelected and extremely unpopular president, Michel Temer – has done much to help advance Washington’s long-standing dream of a permanent military base in the Amazon. Consider, for example, Temer’s “invitation” to allow the U.S. to use Brazil’s Alcantara Launch Center (CLA) for space and rocket launches earlier this year, as part of bilateral negotiations known as the “Brazil and United States Defense Industry Dialogue.”

Internationally valued for being the only launch site in close proximity to the equator, the arrangement – if accepted by the Brazilian legislature – would prevent Brazilians from entering the base without U.S. approval and would prevent Brazilian government oversight of the site’s use. Former Brazilian President Luiz Inácio Lula da Silva rejected a similar proposal in 2003, arguing that such a move would violate Brazil’s sovereignty. Given that Temer, a former U.S. intelligence asset, has already been pushing for a permanent U.S. military presence in the Amazon, Operation America United will likely serve to expand this already existing project.

Temer’s friendliness with the U.S. military builds on similar developments over the past decade. Brazil signed a Defense Cooperation Agreement (DCA) with the U.S. in 2010, aimed at promoting cooperation in logistics support and the acquisition of armaments. At the time, Fernando Arbache, an anti-terrorism expert in Sao Paulo who teaches at Brazil’s Naval Headquarters, told the Christian Science Monitor that “with this accord, Brazil is aligning itself strategically with the U.S., like the European nations have done with NATO.” 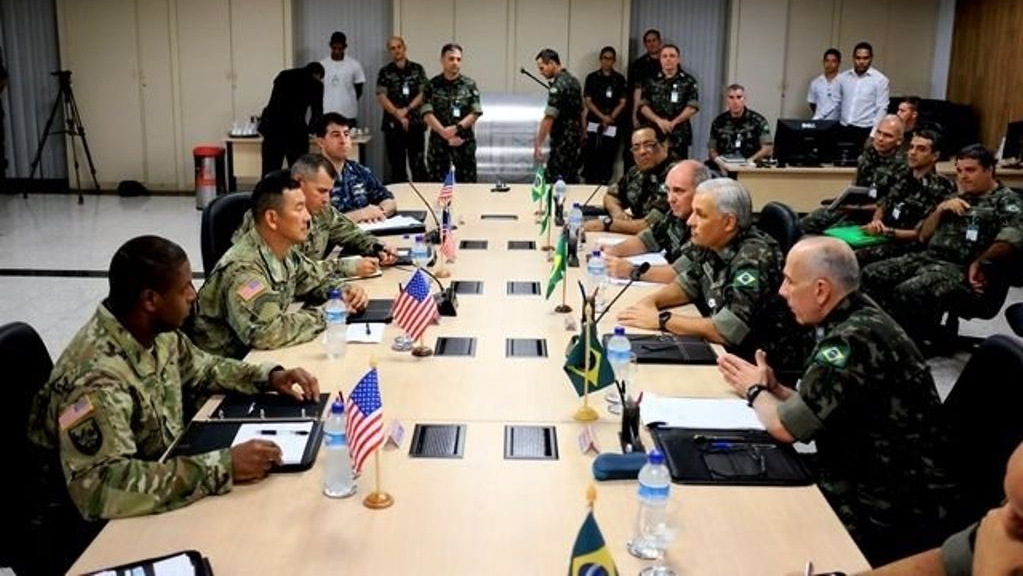 Indeed, the DCA heralded Brazil’s incorporation into a growing U.S.-Latin American alliance system, as opposed to its “operating as a dissatisfied revisionist state on the outside,” like Venezuela. Two years later, in 2012, former Brazilian President Dilma Rousseff established the U.S.-Brazil Defense Cooperation Dialogue (DCD) with the Obama administration, then representing the closest military cooperation between the two countries in more than three decades.

In addition to Brazil’s recent courting of the U.S. military, Colombia – another participant in the upcoming drill – has an extremely close relationship with the U.S. government and its military ambitions in South America. In 2009, Colombia and the U.S. signed a military agreement that authorized the U.S. military to occupy seven Colombian military bases and to use any part of Colombian national territory to conduct military operations.

As journalist Eva Golinger reported, a U.S. Air Force document from the same year asserted that a U.S. presence in Colombia was essential for conducting future “broad spectrum” military operations throughout the continent in order “combat the threat […] from anti-American governments” and “improve its ability to perform a quick war” in the region.

The U.S. also shares a military relationship in Peru, as Peruvian soldiers have been trained in the U.S. for decades and Peru also recently hosted thousands of U.S. troops. However, that relationship has been growing stronger in recent years as Peru has sought increased military assistance from the U.S., allegedly to combat narco-trafficking and the resurgence of the Shining Path terrorist group. 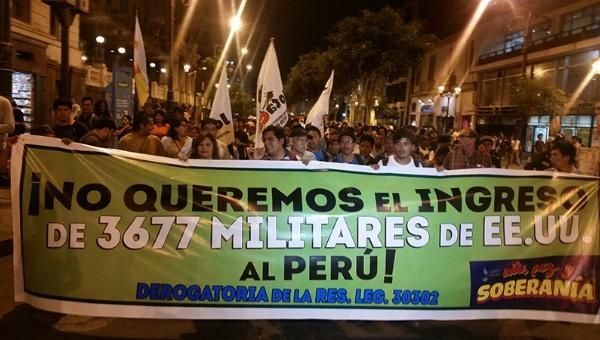 Furthermore, Peru’s current president, Pedro Pablo Kuczynski, is a strong supporter of increasing his country’s U.S. ties. Francesca Emanuele, a Peruvian sociologist and political analyst, has suggested that Kuczynski would seek a greater role for the U.S. military within Peru. “He’s going to be allied with the US. He’s going to be allied with the new governments like Macri, for example, and he is going to support this new allies of right-wing government against, in many ways or many aspects, against sovereignty in the region,” Emanuele stated in an interview last year. Last year, Kuczynski approved the construction of a new U.S. military based in the country’s Amazonas region that is being sold to the Peruvian public as a new response center for natural disasters. 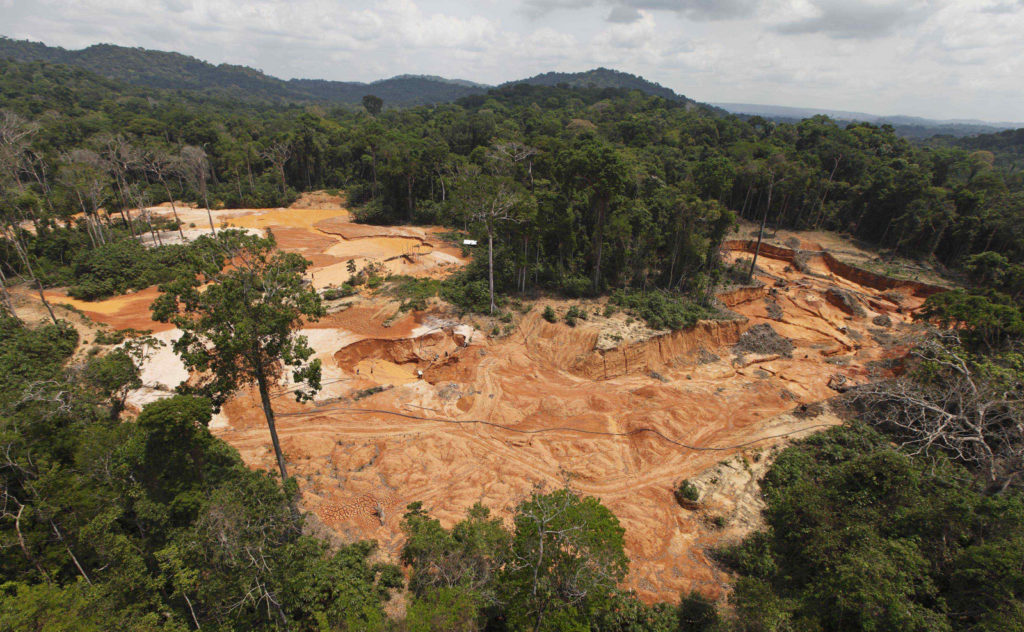 A gold mine is seen in a national park forest near Novo Progresso in Brazil’s northern state of Para.
(AP/Andre Penner)

The U.S. has plenty of motivations for establishing itself in the Amazon that go far beyond any shorter term interest in Venezuelan regime change. For example, increasing ties between the U.S. and Brazilian militaries is crucial to U.S. strategic interest in South America as a whole. As Hector Luis Saint Pierre – coordinator of international security, defense and strategy at the Brazilian Association of International Relations – told the BBC: “Brazil is a strategic partner for the doctrine of the military. If the United States has a good relationship with the Brazilian Navy, it is easier to spread its message among the military in the region.” Indeed, Brazil’s military is larger than the rest of the armed forces in all of South America combined, and its arms industry is of regional importance.

Yet, more important to the U.S. than the strategic value of the Brazilian military is the Brazilian territory itself, which accounts for roughly half of the territory, population and economic product of South America. Also of prime interest for the U.S. are the vast resources that Brazil’s territory, particularly the Amazon, contains. As Argentine journalist Telma Luzzani noted in her book Territorios Vigilados:

The Amazonas contains 95 percent of the [world’s] reserves of niobium, which is essential for the steel of spacecraft and intercontinental missiles, and 96 percent of the reserves of titanium and tungsten, used in space and military aeronautics; besides being rich in petroleum, gas, uranium, gold and diamonds.”

In addition, Brazil holds the largest freshwater reserves in the world, while Colombia and Peru hold the sixth and eighth largest, respectively.

Venezuela, of course, is the ultimate prize – with the world’s largest, proven oil reserves and the world’s second-largest gold reserves in addition to significant mineral wealth. Given the milieu in which Operation America United is set to take place, the U.S.-led push for Venezuelan regime change represents only a part of Washington’s greater regional ambitions aimed at maintaining control over key resources. Analyst Martín Pastor recently summed it up: “Behind the U.S. military action there’s always the goal of taking over resources to achieve their national goals.”