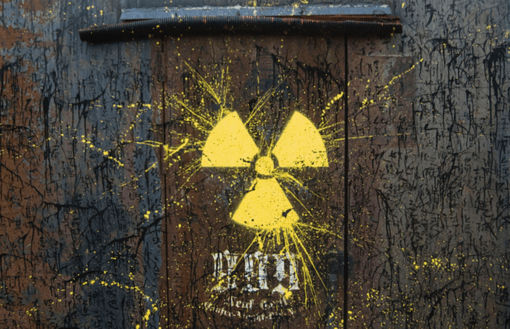 22 Nov 2017 – The radiation effects of the Fukushima Daiichi Nuclear Power Plant triple meltdowns are felt worldwide, whether lodged in sea life or in humans, it cumulates over time. The impact is now slowly grinding away only to show its true colors at some unpredictable date in the future. That’s how radiation works, slow but assuredly destructive, which serves to identify its risks, meaning, one nuke meltdown has the impact, over decades, of 1,000 regular industrial accidents, maybe more.

It’s been six years since the triple 100% nuke meltdowns occurred at Fukushima Daiichi d/d March 11th, 2011, nowadays referred to as “311”. Over time, it’s easy for the world at large to lose track of the serious implications of the world’s largest-ever industrial disaster; out of sight out of mind works that way.

According to Japanese government and TEPCO (Tokyo Electric Power Company) estimates, decommissioning is a decade-by-decade work-in-progress, most likely four decades at a cost of up to ¥21 trillion ($189B). However, that’s the simple part to understanding the Fukushima nuclear disaster story. The difficult painful part is largely hidden from pubic view via a highly restrictive harsh national secrecy law (Act on the Protection of Specially Designated Secrets, Act No. 108/2013), political pressure galore, and fear of exposing the truth about the inherent dangers of nuclear reactor meltdowns. Powerful vested interests want it concealed.

Following passage of the 2013 government secrecy act, which says that civil servants or others who “leak secrets” will face up to 10 years in prison, and those who “instigate leaks,” especially journalists, will be subject to a prison term of up to 5 years, Japan fell below Serbia and Botswana in the Reporters Without Borders 2014 World Press Freedom Index. The secrecy act, sharply criticized by the Japanese Federation of Bar Associations, is a shameless act of buttoned-up totalitarianism at the very moment when citizens need and in fact require transparency.

The current status, according to Mr. Okamura, a TEPCO manager, as of November 2017: “We’re struggling with four problems: (1) reducing the radiation at the site (2) stopping the influx of groundwater (3) retrieving the spent fuel rods and (4) removing the molten nuclear fuel.” (Source: Martin Fritz, The Illusion of Normality at Fukushima, Deutsche Welle–Asia, Nov. 3, 2017)

In short, nothing much has changed in nearly seven years at the plant facilities, even though tens of thousands of workers have combed the Fukushima countryside, washing down structures, removing topsoil and storing it in large black plastic bags, which end-to-end would extend from Tokyo to Denver and back.

As it happens, sorrowfully, complete nuclear meltdowns are nearly impossible to fix because, in part, nobody knows what to do next. That’s why Chernobyl sealed off the greater area surrounding its meltdown of 1986. Along those same lines, according to Fukushima Daiichi plant manager Shunji Uchida: ”Robots and cameras have already provided us with valuable pictures. But it is still unclear what is really going on inside,” Ibid.

Seven years and they do not know what’s going on inside. Is it the China Syndrome dilemma of molten hot radioactive corium burrowing into Earth? Is it contaminating aquifers? Nobody knows, nobody can possibly know, which is one of the major risks of nuclear meltdowns, nobody knows what to do. There is no playbook for 100% meltdowns. Fukushima Daiichi proves the point.

Meanwhile, the world nuclear industry has ambitious growth plans, 50-60 reactors currently under construction, mostly in Asia, with up to 400 more on drawing boards. Nuke advocates claim Fukushima is well along in the cleanup phase so not to worry as the Olympics are coming in a couple of years, including events held smack dab in the heart of Fukushima, where the agricultural economy will provide fresh foodstuff.

The Olympics are PM Abe’s major PR punch to prove to the world that all-is-well at the world’s most dangerous, and out of control, industrial accident site. And, yes it is still out of control. Nevertheless, the Abe government is not concerned. Be that as it may, the risks are multi-fold and likely not well understood. For example, what if another earthquake causes further damage to already-damaged nuclear facilities that are precariously held together with hopes and prayers, subject to massive radiation explosions? Then what? After all, Japan is earthquake country, which defines the boundaries of the country. Japan typically has 400-500 earthquakes in 365 days, or nearly 1.5 quakes per day.

According to Dr. Shuzo Takemoto, professor, Department of Geophysics, Graduate School of Science, Kyoto University: “The problem of Unit 2… If it should encounter a big earth tremor, it will be destroyed and scatter the remaining nuclear fuel and its debris, making the Tokyo metropolitan area uninhabitable. The Tokyo Olympics in 2020 will then be utterly out of the question,” (Shuzo Takemoto, Potential Global Catastrophe of the Reactor No. 2 at Fukushima Daiichi, February 11, 2017).

Since the Olympics will be held not far from the Fukushima Daiichi nuclear accident site, it’s worthwhile knowing what to expect, i.e., repercussions hidden from public view. After all, it’s highly improbable that the Japan Olympic Committee will address the radiation-risk factors for upcoming athletes and spectators. Which prompts a question: What criteria did the International Olympic Committee (IOC) follow in selecting Japan for the 2020 Summer Olympics in the face of three 100% nuclear meltdowns totally out of control? On its face, it seems reckless.

This article, in part, is based upon an academic study that brings to light serious concerns about overall transparency, TEPCO workforce health & sudden deaths, as well as upcoming Olympians, bringing to mind the proposition: Is the decision to hold the Olympics in Japan in 2020 a foolish act of insanity and a crude attempt to help cover up the ravages of radiation?

The title of Dr. Broinowski’s study provides a hint of the inherent conflict, as well as opportunism, that arises with neoliberal capitalism applied to “disaster management” principles. (Naomi Klein explored a similar concept in The Shock Doctrine: The Rise of Disaster Capitalism, Knopf Canada, 2007).

Dr. Broinowski’s research is detailed, thorough, and complex. His study begins by delving into the impact of neoliberal capitalism, bringing to the fore an equivalence of slave labor to the Japanese economy, especially in regards to what he references as “informal labour.” He preeminently describes the onslaught of supply side/neoliberal tendencies throughout the economy of Japan. The Fukushima nuke meltdowns simply bring to surface all of the warts and blemishes endemic to the neoliberal brand of capitalism.

According to Professor Broinowski: “The ongoing disaster at the Fukushima Daiichi nuclear power station (FDNPS), operated by Tokyo Electric Power Company (TEPCO), since 11 March 2011 can be recognised as part of a global phenomenon that has been in development over some time. This disaster occurred within a social and political shift that began in the mid-1970s (ed. supply-side economics, which is strongly reflected in America’s current tax bill under consideration) and that became more acute in the early 1990s in Japan with the downturn of economic growth and greater deregulation and financialisation in the global economy. After 40 years of corporate fealty in return for lifetime contracts guaranteed by corporate unions, as tariff protections were lifted further and the workforce was increasingly casualised, those most acutely affected by a weakening welfare regime were irregular day labourers, or what we might call ‘informal labour.”

In short, the 45,000-60,000 workers recruited to deconstruct decontaminate Fukushima Daiichi and the surrounding prefecture mostly came off the streets, castoffs of neoliberalism’s impact on “… independent unions, rendered powerless, growing numbers of unemployed, unskilled and precarious youths (freeters) alongside older, vulnerable and homeless day labourers (these groups together comprising roughly 38 per cent of the workforce in 2015) found themselves not only (a) lacking insurance or (b) industrial protection but also in many cases (c) basic living needs. With increasing deindustrialisation and capital flight, regular public outbursts of frustration and anger from these groups have manifested since the Osaka riots of 1992.” (Broinowski)

The Osaka Riots of 25 years ago depict the breakdown of modern society’s working class, a problem that has spilled over into national political elections worldwide as populism/nationalism dictate winners/losers. In Osaka 1,500 rampaging laborers besieged a police station (somewhat similar to John Carpenter’s 1976 iconic film Assault on Precinct 13) over outrage of interconnecting links between police and Japan’s powerful “Yakuza” or gangsters that bribe police to turn a blind eye to gangster syndicates that get paid to recruit, often forcibly, workers for low-paying manual jobs for industry.

Japan has a long history of assembling and recruiting unskilled labor pools at cheap rates, which is typical of nearly all large-scale modern industrial projects. Labor is simply one more commodity to be used and discarded. Tokyo Electric Power Company (“TEPCO”) of Fukushima Daiichi fame adheres to those long-standing feudalistic employment practices. They hire workers via layers of subcontractors in order to avoid liabilities, i.e. accidents, health insurance, safety standards, by penetrating into the bottom social layers that have no voice in society.

As such, TEPCO is not legally obligated to report industrial accidents when workers are hired through complex webs or networks of subcontractors; there are approximately 733 subcontractors for TEPCO. Here’s the process: TEPCO employs a subcontractor “shita-uke,” which in turn employs another subcontractor “mago-uke” that relies upon labor brokers “tehaishilninpu-dashi.” At the end of the day, who’s responsible for the health and safety of workers? Who’s responsible for reporting cases of radiation sickness and/or death caused by radiation exposure?

Based upon anecdotal evidence from reliable sources in Japan, there is good reason to believe TEPCO, as well as the Japanese government, suppress public knowledge of worker radiation sickness and death, as well as the civilian population of Fukushima. Thereby, essentially hoodwinking worldwide public opinion, for example, pro-nuke enthusiasts/advocates point to the safety of nuclear power generation because of so few reported deaths in Japan. But, then again, who’s responsible for reporting worker deaths? Answer: Other than an occasional token death report by official sources, nobody!

Furthermore, TEPCO does not report worker deaths that occur outside of the workplace even though the death is a direct result of excessive radiation exposure at the workplace. For example, if a worker with radiation sickness becomes too ill to go to work, they’ll obviously die at home and therefore not be reported as a work-related death. As a result, pro-nuke advocates claim Fukushima proves how safe nuclear power is, even when it goes haywire, because there are so few, if any, deaths, as to be inconsequential. That’s a boldfaced lie that is discussed in the sequel: Fukushima Darkness – Part 2.

“As one labourer stated re Fukushima Daiichi: ‘TEPCO is God. The main contractors are kings, and we are slaves’. In short, Fukushima Daiichi clearly illustrates the social reproduction, exploitation and disposability of informal labour, in the state protection of capital, corporations and their assets.” (Broinowski)

Indeed, Japan is a totalitarian corporate state where corporate interests are protected from liability by layers of subcontractors and by vested interests of powerful political bodies and extremely harsh state secrecy laws. As such, it is believed that nuclear safety and health issues, including deaths, are underreported and likely not reported at all in most cases. Therefore, the worldview of nuclear power, as represented in Japan at Fukushima Daiichi, is horribly distorted in favor of nuclear power advocacy.

Fukushima’s Darkness – Part 2 sequel, to be published at a future date, discusses consequences.

One Response to “Fukushima Darkness”