Israeli-made navy patrol boats custom-fitted with remote weapon stations are part of arms deals estimated to be worth tens of millions. 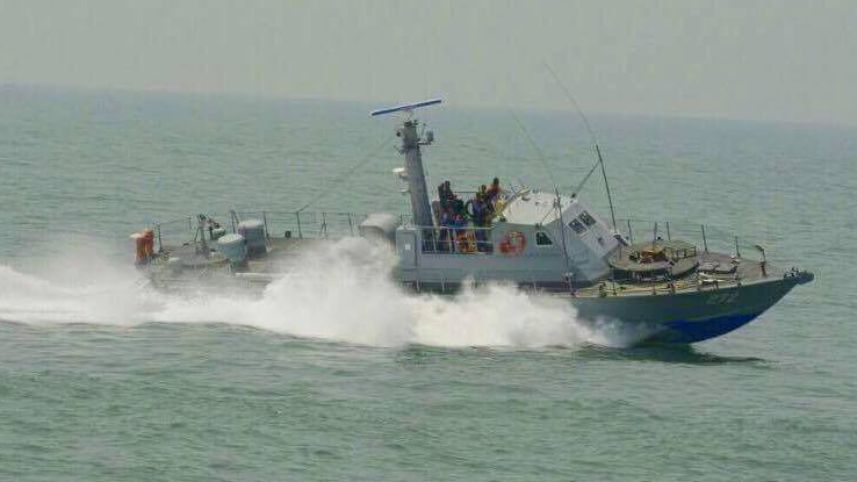 24 Oct 2017 – “Welcome to the Myanmar Navy,” said the caption on the Myanmar Navy’s Facebook page, in honor of the arrival of an Israeli patrol boat to Myanmar’s shore. “The Super-Dvora MK III is moving forward at 45 knots on Myanmar waters,” the post continued. The post is from April, only half a year ago, when the Myanmar (Burmese) army was already being accused of war crimes.

Although the persecution of the Muslim minority in Myanmar, the Rohingya people, has become more intense in recent months, back in November 2016 the army was already being accused of brutality against them and of torching their villages. During that period tens of thousands of Rohingyans were expelled from their homes.

The representative of the UN High Commission for Refugees in the region said then that the ultimate purpose of Myanmar’s government is “ethnic cleansing of the Muslim minority.” Since last August more than half a million Rohingyan refugees have fled to Bangladesh, and some of them have testified to methodical rape and murder by the Myanmar military.

The pictures of the two boats on the Facebook page also reveal the weapons that have been installed on them, all blue-and-white products. There’s a remote weapon station, made by Elbit Systems, which allows the firing of a heavy machine gun or cannon of up to 30 millimeters. The new patrol boats are only part of a larger transaction signed between Israel and Myanmar. The Ramta division of Israel Aerospace Industries, which manufactures the Super Dvora, is meant to transfer at least two more boats to the local military. According to some reports on the deal, these boats will be built in Myanmar with the help of Israeli technology. IAI refused to comment. 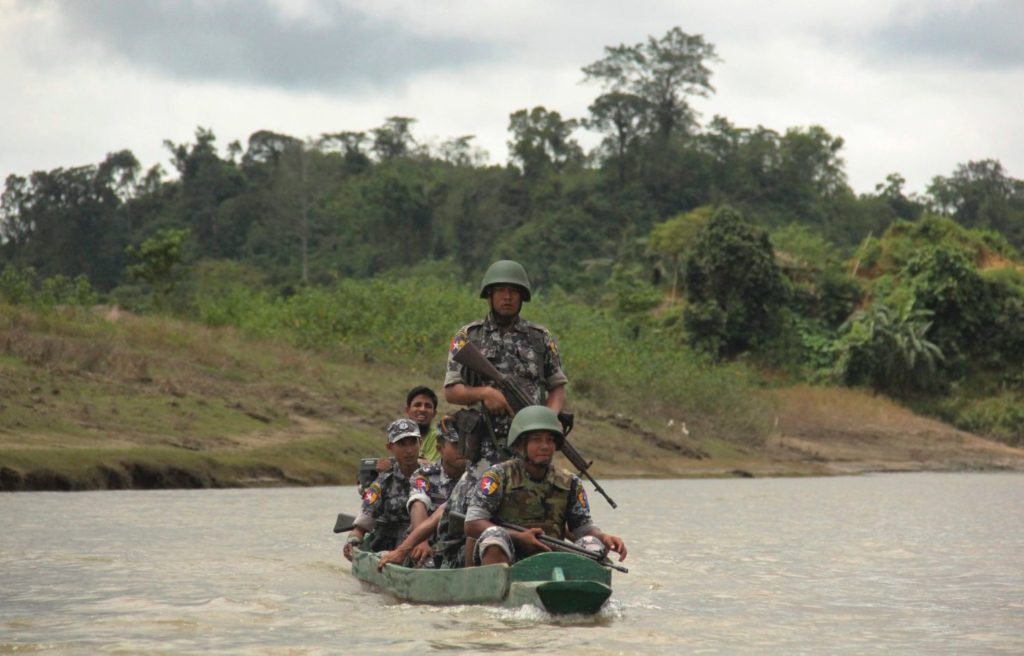 The total value of the arms deal, according to sources in the Israeli weapons industry, is estimated at tens of millions of dollars. An officer involved in the matter told Haaretz that the Myanmar naval commander visited Israel in the past year, “was impressed and wanted to learn.” It was the second visit to Israel by the naval commander in the past five years.

Israeli weapons are being sold to Myanmar despite the restrictions on weapons sales to that country. Only last month Israel refused to announce that it would stop selling weapons to Myanmar despite the UN declaration about ethnic cleansing. The Rohingya minority is now considered the most persecuted people in the world.

Israel is careful not to officially confirm that it is granting permits to Israeli weapons firms to sell weapons to Myanmar. But the visit two years ago by Myanmar’s chief of the armed forces, Gen. Min Aung Hlaing, who met with Israel’s entire top military brass, was an indication of the cooperation between the two armies. During his visit, Hlaing announced that he had purchased the Super Dvora patrol boat, and he visited the Palmahim Air Force Base and the Gaza Division. A year-and-a-half ago, a reciprocal visit to Myanmar was made by Brig. Gen. Michel Ben-Baruch, head of the Defense Ministries International Defense Cooperation Directorate. In the past, Myanmar purchased Israeli air-to-air missiles and cannons, while an Israeli company, TAR Ideal Concepts, has noted on its website that it has trained Myanmar military forces. Now the site makes no specific reference to Myanmar, referring only to Asia.

The two countries in recent years have signed a memorandum of understanding clarifying the bilateral cooperation and transfer of relevant information and intelligence. According to official reports in Myanmar, the agreement includes military training and improving security cooperation between the two countries. There is, however, no known instance of Myanmar military personnel being trained in Israel, or of Israeli officers who were involved in training Myanmar military forces.

The efforts to fully expose the Israel-Myanmar connection by attorney Eitay Mack, who is active in increasing transparency of Israeli arms exports to countries that violate human rights, have so far been unsuccessful. Last month the High Court of Justice issued a ruling in response to a petition he filed with other human rights activists against the sales, but the ruling was kept classified at the state’s request.

According to a source familiar with the issue, there is currently no relationship between the Israel Defense Forces and the Myanmar army, and no uniformed personnel are involved in any cooperative venture with the Myanmar security establishment.

Gili Cohen is a Haaretz Correspondent