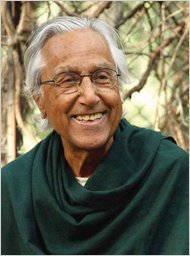 Cultural disarmament entails a criticism of culture, a radical examination of the ways ideas have shaped practices and institutions.  Such criticism can not be carried on only within the intellectual framework of the culture in question.  Rather what is required is an intercultural framing of the critical approach.  As Panikkar stresses

“The solution to the problems of the world is not to be sought within one culture, nor will it be possible to find it monoculturally… We all need one another, and are all interdependent in all areas.”

For there to be fruitful intercultural criticism and thus cultural disarmament, there must be universal myths which give people a certain common ground from which to discuss.  Myths are the ground upon which intelligibility is founded.  If there are not common myths, and if the intellectual foundations of cultures are too far apart, no meaningful communication is possible.  A myth is not an ideology, being more complex and less rigid.  Myths are stories that put into narrative form supreme realities.  Panikkar outlines briefly three such myths, stressing their non-dualistic (advantic) character, for “Reality is indivisible””

The first myth is that of cosmic order.  “Human peace is bound up with the cosmic order, the human peace is our share of that order.”  Panikkar goes on to develop this insight by using the anti-nuclear-weapon peace symbol with its three equal divisions which he sees as Harmony, Freedom, Justice, justice being used in the sense of dharma.  Based on these three values of harmony, freedom, and justice, he calls for efforts which develop the approach of Pythagoras, joining theoria, praxis, and therapeia.

Just as the Cosmic Order cannot separate “above” and “below”, so also time cannot be separated into a conflictual present and a divinely completed future of peace, which is the linear image of much apocalyptic thought.

“ Pax in terries is a problem that concerns the entire being of each person as such, since his final destiny is at stake in the civitas hominis itself.  The city of earth is regarded no longer as simply a preparation for heaven, or as a reflection of the city of God, but as an arena in which man’s ultimate destiny is being forged.  And this is the case regardless of whether the life after death is denied or affirmed.”

The third universal myth is that of Gaia.  In ancient mythologies, planet earth was seen as a goddess, and the Greeks gave her the name Gaia – the Mother of all Living Things.  Today, the image of the earth as an intelligent living organism based on science has been proposed by James Lovelock in Gaia (Oxford University Press, 1979)

These three universal myths, stressing an end to dualistic ways of viewing the world, reduce the monocultural and militant aspects of many of today’s ideologies which are nearly always dualistic.  These myths may be important elements to transform the clash of civilizations into mutually profitable dialogues and synthesis.

See also his best known study: The Unknown Christ of Hinduism which was his PhD thesis and The Silence of the Buddha: A regeneration of cultures.

Anticopyright: Editorials and articles originated on TMS may be freely reprinted, disseminated, translated and used as background material, provided an acknowledgement and link to the source, TMS: Raimon Panikkar (2 Nov 1918 – 26 Aug 2010): A Bridge between Cultures, is included. Thank you.