Stand Up! Speak Out! To Prevent Nuclear War!

No War in Korea! 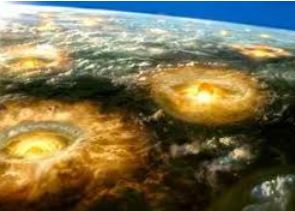 31 Oct 2017 – The world may be closer to the brink of nuclear war than at any time in history!

NOW, THEREFORE, as a Concerned Person of the United States of America (or on behalf of a civil society organization), I hereby sign this People’s Peace Treaty with North Korea, dated November 11, 2017, Armistice Day (also Veterans Day in the U.S.), and…

Urge Washington and Pyongyang to immediately stop their preemptive (or preventive) conventional/nuclear attack threats against each other and to sign the new UN Treaty on the Prohibition of Nuclear Weapons;

Call upon the U.S. Government to stop its large-scale, joint war drills with the armed forces of the Republic of Korea (South Korea) and Japan, and commence a gradual withdrawal of the U.S. troops and weapons from South Korea;

Pledge that I will do my best… to reach out to the North Korean people – in order to foster greater understanding, reconciliation and friendship.

On the Brink of War in Korea –Hoe Did We Get There and How Do We Get Out?

Economic Warfare on North Korea: Impact of Sanctions on the North Korean People

On the Brink of War: Peace Activists in South Korea and Japan Respond

Other links to forums on paths to peace: