16 Nov 2017 – Following a visit to Bangladesh’s Cox’s Bazar, where hundreds of thousands of Rohingya refugees from Myanmar have settled in makeshift camps, a United Nations envoy has called for enhanced measures to protect and assist victims of sexual violence among the displaced population.

Ms. Pattan’s visit, mainly to Bangladesh’s capital, Dhaka, and to Cox’s Bazar, from 5 to 13 November, was to better understand the nature, patterns and trends of sexual violence related to the conflict in Myanmar and also to assess options for providing support to the Government of Bangladesh, the UN system and other partners to ensure that the rights of conflict-affected women and girls are respected and upheld in the settlements.

“A clear picture is also emerging of the alleged perpetrators of these atrocities and their modus operandi. Sexual violence is allegedly being commanded, orchestrated and perpetrated by the Armed Forces of Myanmar, otherwise known as the Tatmadaw,” she said. 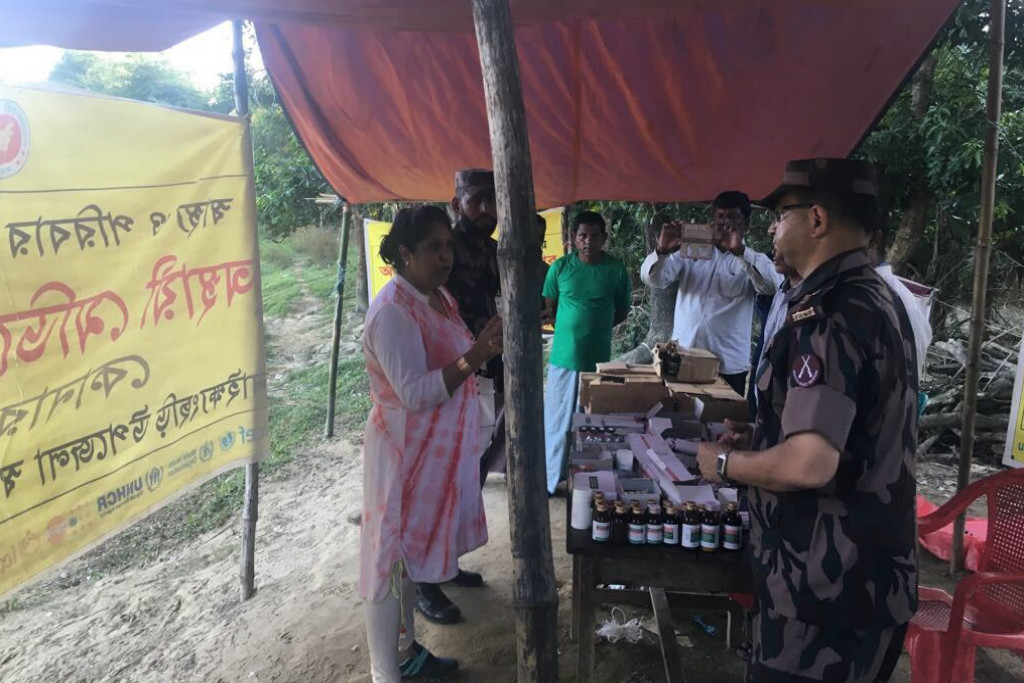 Other actors allegedly involved include the Myanmar Border Guard Police and militias composed of Rakhine state Buddhists and other ethnic groups, she added.

The release said that her Office has agreed with the Government of Bangladesh to develop a framework of cooperation, focusing particularly on the documentation, training, capacity-building, and strengthening of sexual and gender-based violence services and programmes.

Bangladesh is also in the process of developing a national action plan on women, peace and security, which is an important entry-point for action to address conflict-related sexual violence and other human rights violations against Rohingya women and girls.

However, national institutions and communities in the settlement areas are stretched to the limits of their capacity, to provide the basics of shelter, food, water and primary health care.

In terms of sexual and gender-based violence programmes, there is an acute funding shortfall of more than $10 million for the next three months to deliver essential services, including clinical case management, community outreach, awareness-raising and the distribution of dignity kits, which contain clothing and sanitary items.

“The international community must come together to support the Government of Bangladesh to address this vast humanitarian and protection crisis,” she urged.

All of the women she spoke with wanted the perpetrators to be brought to justice, and to ensure that these atrocities would never repeat, she said.

“Such words must serve as our moral compass as we chart the way towards a durable solution that respects the human rights and human dignity of a community that has been called ‘the most persecuted people on earth,’” she said.