The company received more than US$85 million in government subsidies in 2015 for the production and distribution of food at fair prices. 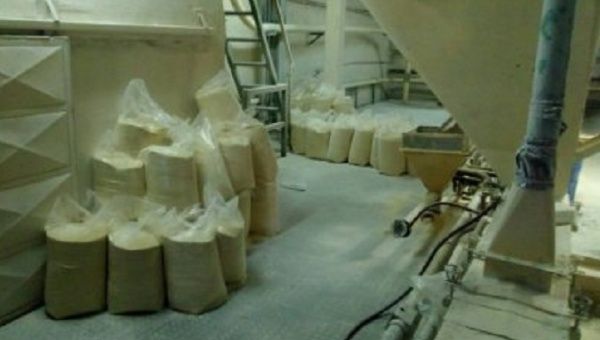 21 Nov 2017 – The Productive Workers Union in Venezuela exposed that 55 tons, or 50,000 kilograms, of corn flour were left to rot by the company Demaseca as part of a boycott to damage the country’s economy.

The workers said that the product was left in six of the 12 plants owned by the company in La Miel, in the municipality Simon Planas of the state of Lara. They said the move was based on a decision made by the owners of the company who left the corn flour to rot.

The workers allege that in the current state, where it is no longer suitable for human consumption, the material is sold as an ingredient to feed cows and pigs.

Due to its lack of regulation, this will increase the profit of the Mexican multinational Gruma, and the Venezuelan population will see shortages in stores, said the workers.

The company received more than US$85 million in government subsidies in 2015 for the production and distribution of food at fair prices.

In addition, the workers said that this is not the first time this situation has happened, and it’s not the first company to be involved in such practices, demanding stronger measures against this multinational company.

A commission of the National Superintendence of Agrifood Management later reported that only 7,000 kilograms of the flour was in poor condition, according to a report.