What if You Knew Alzheimer’s Was Coming for You?

Simple blood tests may soon be able to deliver alarming news about your cognitive health. 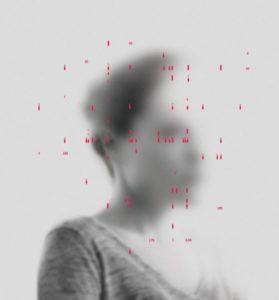 17 Nov 2017 – Six years ago, at age 49, Julie Gregory paid an online service to sequence her genes, hoping to turn up clues about her poor circulation, blood-sugar swings and general ill health. Instead she learned she had a time bomb hidden in her DNA: two copies of a gene variant, ApoE4, that is strongly linked to Alzheimer’s. Most Americans with this genotype go on to develop late-onset dementia.

“Alzheimer’s was the furthest thing from my mind,” Ms. Gregory told me. “I never thought I was at risk. When I saw my results, I was terrified.”

When Ms. Gregory consulted with a neurologist about how to delay the onset of illness, he had four words for her: “Good luck with that.” After all, no drug had proven effective in reversing Alzheimer’s disease. And preventive measures like diet and exercise, the neurologist told her, would do no good.

Ms. Gregory is not the sort of person who pops into your mind when you think of Alzheimer’s — youngish, healthy and sharp-minded. But she represents a type of sufferer we are likely to encounter more and more: those grappling with the looming threat of the disease rather than the disease itself.

Scientists say they are on the cusp of developing blood tests that could detect the earliest signs of Alzheimer’s damage in people in their 40s and 50s who have no obvious symptoms. Today, finding out whether dangerous plaques are building up in your brain requires either a PET scan at a cost of about $4,000 or a spinal tap. And while genetic tests can help predict risk, they don’t tell us anything about the current state of your brain. Effective blood tests could reveal thousands — even millions — of people who are now living with a “pre-Alzheimer’s” condition.

On Monday, Bill Gates, the billionaire philanthropist and co-founder of Microsoft, wrote on his blog that “men in my family have suffered from Alzheimer’s,” which means that he may have a high risk for dementia. He called for new approaches to combating the disease, including developing “a more reliable, affordable and accessible diagnostic — such as a blood test.” Mr. Gates also announced that he would be donating $100 million to fight Alzheimer’s, which will no doubt help to make blood tests a reality.

So you may be faced with some difficult choices within the next decade: Do you want to receive potentially alarming news about your cognitive health, or would you rather not? If you learn that you have a high risk for Alzheimer’s, is that information you will want to keep private — from employers, clients, health insurers and others? Or will you want to openly embrace it as part of your identity and publicly advocate for a cure?

In the difficult months after her genetic test, Ms. Gregory “wanted to be with people who were going through the same devastation,” so she sought out other ApoE4 carriers. In 2013, she and a few others started a nonprofit group and created a website (ApoE4.info) where the community could gather. Today the group has more than 2,000 members. They pore over medical journals, reach out to top researchers in the field and share notes about their experiments with diet, exercise and other lifestyle modifications.

Many of the members maintain their anonymity for fear of being “outed” as carriers of the gene variant. One member of the group — I’ll call her D., after her first initial — told me that she feared public exposure almost as much as Alzheimer’s itself.

About 20 years ago, D. graduated from a top-tier law school. She spoke with rat-a-tat speed and juggled her many to-do lists in her mind. But in middle age, her memory began to tatter and she struggled sometimes to find words. She went to a hospital for a cognitive-health work-up and learned that she carries a single copy of the ApoE4 gene variant.

She was alarmed. Her father, a neurologist, had retired in his 60s because his own mind felt “wrong” — it’s likely he diagnosed the oncoming dementia in himself. “I was just really scared of following in his footsteps,” she said.

But when D. joined the ApoE4 online community, other members reassured her that her risk profile was not as worrisome as it might seem. With only one copy of the “bad” ApoE4 gene variant and one “good” variant, she has a much better outlook than those with two copies. She now feels that she managed to clear her brain fog in part by overhauling her diet and exercise habits. “If I hadn’t known about this gene,” she said, “would I be on my stupid exercise bike first thing in the morning when I’m hungry? No way.”

Still, D. has kept her genetic status a secret from all but her closest friends. “If you’re working in a professional capacity, seeing clients who need to have confidence in your brain,” she said, “you wouldn’t want them to know that you had this gene variant.” She is afraid of being denied insurance and long-term disability care because of her genotype. And like many other ApoE4 carriers, she also worries about social stigma.

Jason Karlawish, a professor of medicine and neurology at the University of Pennsylvania, studies how people at high risk of Alzheimer’s disease cope with that knowledge. “We have to make it socially acceptable to talk about having risk of getting dementia,” he told me. “I think that is one of the ground zero struggles we are going to face in the coming decades.”

Many health organizations discourage patients from learning their ApoE genotype. They warn that people may not be able to cope with bad news or will misinterpret the results. But according to Theresa, a member of the ApoE4 community who, like D., is protective of her privacy, it is paternalistic to decide how someone else should feel about the test. “My attitude is that you have to know the facts, analyze them and deal with them,” she said. “The sooner you know your gene status, the sooner you can start doing something about it.”

Not all cases of Alzheimer’s can be traced to a particular gene variance, but for someone like Theresa — who has two copies of ApoE4 and is now in her late 50s — chances are high that she will be diagnosed with the disease within the next 10 to 20 years. Yet she said that this knowledge “has been life-changing and positive.” She now tracks her lipid levels, glucose levels and other biomarkers. When I interviewed her, she had just returned from skiing black-diamond trails in the Colorado mountains.

David Holtzman, a neurologist at the Washington University School of Medicine in St. Louis, has researched the ApoE gene for 25 years. But he has chosen not to look at his own ApoE4 genotype. Why do it, he asked me, when there is no drug or lifestyle strategy that is absolutely guaranteed to protect the brain? It would be far more useful if researchers could watch the disease as it spreads through the brain and wreaks its damage. That’s why Dr. Holtzman and his colleagues are working on a method to detect the presence of markers in the blood that are red flags for brain illness.

Everything about our relationship to Alzheimer’s is in flux right now. The disease — once thought to be unpreventable — is beginning to look more like a multifactorial illness that might result from poor diet, a sedentary lifestyle, chronic inflammation, exposure to chemicals in the environment and genetics. Some scientists now describe Alzheimer’s disease as another form of diabetes; others are pursuing a link between Alzheimer’s disease and cardiovascular problems. And studies have shown a link between Alzheimer’s and exposure to air pollution and head injuries. Many researchers in the field, including Dr. Holtzman, believe that the key to defeating Alzheimer’s will be to catch it at the earliest possible moment and prevent it.

It remains unclear whether lifestyle interventions can significantly delay cognitive decline. But the members of ApoE4 group believe that by banding together, sharing data and collaborating with scientists, they can improve their odds. “We are genetic pioneers, modern-day canaries in the coal mine, searching for and testing out strategies,” reads the group’s website. Rather than seeing themselves as victims of genetic bad luck, Ms. Gregory and her collaborators regard themselves as citizen scientists and activists who may be able to outsmart the disease.

They are a reminder that diagnostic tests do more than predict our biological fates; they also perform a social and political function. They help turn strangers into a family, a tribe and, sometimes, a revolution. When the H.I.V. test became available in the 1980s, thousands of people suddenly felt connected to the disease. The test radicalized many of them, and those activists pushed for the reform of medical trials, requested a shorter drug approval process and fought against medical discrimination. Most consequentially, they demanded — and got — treatments that have extended the lives of AIDS patients by decades.

So what would happen if something like an H.I.V. test for Alzheimer’s were to exist in the near future, and millions of people found out that their brains were on the path to dementia? Dr. Alison Goate, a professor of neuroscience at Mount Sinai in New York, said the effects could be profound. Today there are no Alzheimer’s survivors. That means that Alzheimer’s patients “can’t speak for themselves,” she observed. Widespread blood tests could create an army of “pre-Alzheimer’s” patients clamoring for breakthroughs in treatment.

We need patient-advocates who can “own” Alzheimer’s disease. They would represent a constituency other than that of the pharmaceutical companies that now control the conversation about the disease. A drug to prevent dementia could become the world’s most profitable medicine. It’s not a surprise to learn that one of the biggest insider-trading scandals in history involved a would-be Alzheimer’s drug (which seemed effective in mouse brains but failed to help humans as much).

When thousands of patients rise up, refuse to be stigmatized, discuss their symptoms and participate in research, science benefits. A new test for Alzheimer’s could help to create that movement, but let’s not wait. Twenty-five percent to 50 percent of us will show signs of Alzheimer’s by the age of 85. When it comes to dementia, we all should consider ourselves vulnerable. No matter what genes you carry, your odds of developing cognitive problems increase as you age.

In other words, welcome to the club: If you plan to live a long time, then you, too, belong to the high-risk group. Now what are you going to do about it?

Pagan Kennedy is the author of Inventology: How We Dream Up Things That Change the World and a contributing opinion writer.

One Response to “What if You Knew Alzheimer’s Was Coming for You?”