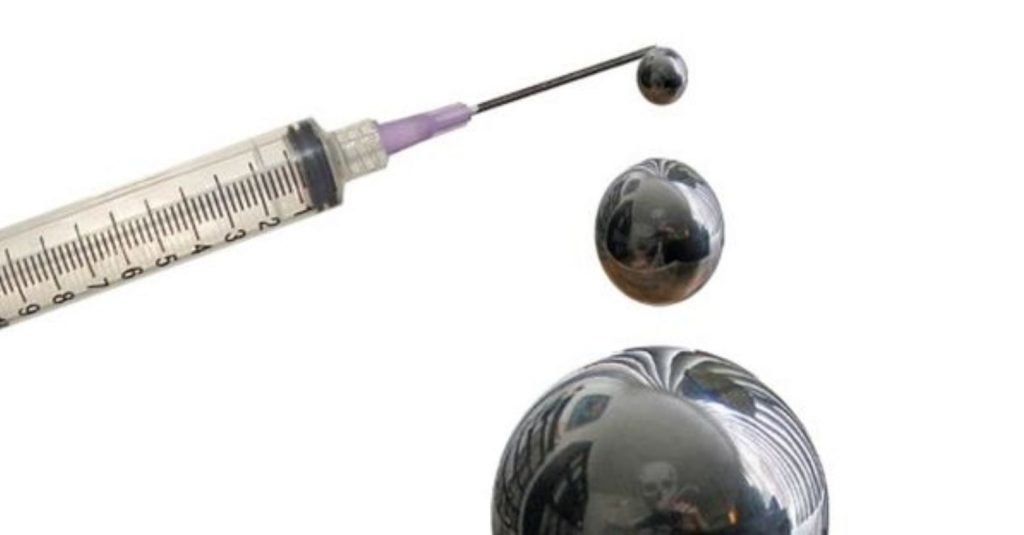 1 Dec 2017 – A new controversial study confirms aluminum in vaccines may cause Autism Spectrum Disorder (ASD), and those children who suffer from it to have up 10 times more metal in their brains than what is considered a safe amount for adults. But is anyone surprised that metals cause deficiency in one’s own body?

Mercury and aluminum have long been debated by people like Robert Kennedy Jr. as ingredients in vaccines that could cause autism; and for good reason since we know that both aluminum and Mercury are neurotoxins that harm the body at high levels. But now researchers have discovered that aluminum causes the membrane to separate the brain from blood flowing to it, thus affecting its internal temperature, non-neuronal cells and inflammatory cells, Daily Mail reported.

“Perhaps we now have the link between vaccination and autism spectrum disorder (ASD), the link being the inclusion of an aluminium adjuvant in the vaccine,” Professor Chris Exley from Keele University said.

The scientists hypothesize that children who suffer from autism may suffer from some strange genetic change that cause them to accumulate aluminum within their bodies. The study was published in the Journal of Trace Elements in Medicine and Biology.

Another study in 2012 from the peer-reviewed medical journal Lupus by Lucija Tomljenovic, PhD and Christopher A. Shaw, PhD of the University of British Columbia corroborates what Professor Chris Exley published, indicating that aluminum toxicity targets the mitochondria. The experiment found evidence that aluminum as an adjuvant can lead to permanent detrimental alterations of the brain and immune system function.

Aluminum is known to cause an “etiology of a number of diseases including Alzheimer’s, Parkinson’s, dialysis encephalopathy, and osteomalacia. Al has been shown to exert its effects by disrupting lipid membrane fluidity, perturbing iron (Fe), magnesium, and calcium homeostasis, and causing oxidative stress,” according to the abstract of the 2012 study.

This is also on point with what many court rulings have found as well in relation to vaccines causing autism in once-healthy kids.

One case in an Italian court in September, 2014, “ruled mercury and aluminum in vaccines cause autism” and awarded a plaintiff’s family compensation for their young boy who developed autism from a six-in-one hexavalent vaccine manufactured by GlaxoSmithKline. GSK even admits INFANRIX Hexa can cause several deadly illnesses, but insists that its risk-benefit profile “continues to be favorable.” In 2013, two kids were awarded millions by the vaccine court, confirming the MMR vaccine causes autism.

So what is the probability that the MMR vaccine causes autism?  Is there any research that suggest the vaccine could potentially cause autism in kids? Yes, there is a ton of evidence including court cases, various studies, whistleblowers and quotes by health community officials themselves.

This is all on record if you really want to dig. But I figured I’d do the digging for you, so you can follow along and check my research and understand where all this comes from and decide for yourself.

A senior CDC official, Dr. William Thompson stated vaccination’s links to autism and released 1,000 documents to back his claims.

This issue has actually been known since the 1960s that the MMR vaccine causes autism and has been admitted publicly.

“Rubella (congenital rubella syndrome) is one of the few proven causes of autism,” Walter A. Orenstein, M.D., former Assistant Surgeon General and Director of the National Immunization Program, said in a 2002 letter to the UK’s Chief Medical Officer.

Then in 1998, a study by Dr. Andrew Wakefield and colleagues published in the respected medical journal the Lancet allegedly found a supposed link with autism and bowel disease which has since been retracted and called an elaborate fraud. Although research by Mercola found that new evidence refutes fraud findings in Dr. Wakefield’s Case.

This is the same Andrew Wakefield who was also the director of the censored movie VAXXED: From Cover-up to Catastrophe.

In 2015, the aforementioned CDC whistleblower Dr. William Thompson confirmed the previous claims made by Dr. Andrew Wakefield in 1998. Thompson alleges that his colleagues in a 2004 study by the U.S. Centers for Disease Control covered up and destroyed 2004 study documents that showed a significant link between the MMR vaccine (measles, mumps and rubella) and autism in African American boys vaccinated before 36 months.

If that’s not enough, after the revelation by the CDC whistleblower other doctors have questioned the MMR vaccine’s safety. Even Dr. Peter Fletcher, former Chief Scientific Officer at the Department of Health in the UK, says there are “thousands of documents” that are being ignored that prove the dangers of the MMR vaccine.

“The refusal by governments to evaluate the risks properly will make this one of the greatest scandals in medical history,” Dr. Peter Fletcher said.

“It’s time to clean up the CDC cesspool Dr. Thompson must speak, under oath. We all need to email the Congressional Oversight and Reform Office today and request that Dr. Thompson be issued a subpoena. If the CDC intentionally hid the data that the MMR vaccine was associated with autism, then CDC heads need to roll this needs to end now,” Dr. Brownstein, a top doctor said.

Further evidence that could lead to a link that the aluminum adjuvant causes ADS is a court ruling in the UK which found that the Swine Flu vaccinations had caused brain damage and Guillain-Barre syndrome (GBS) in multiple kids in 2015  who took the jab.

Using aluminum and other metals in vaccines as an adjuvant may be part of a 90-year-old experiment where we were all the lab rats.

Aluminum is an experimentally demonstrated neurotoxin and the most commonly used vaccine adjuvant. Despite almost 90 years of widespread use of aluminum adjuvants, medical science’s understanding about their mechanisms of action is still remarkably poor. There is also a concerning scarcity of data on toxicology and pharmacokinetics of these compounds. In spite of this, the notion that aluminum in vaccines is safe appears to be widely accepted. Experimental research, however, clearly shows that aluminum adjuvants have a potential to induce serious immunological disorders in humans. In particular, aluminum in adjuvant form carries a risk for autoimmunity, long-term brain inflammation and associated neurological complications and may thus have profound and widespread adverse health consequences. In our opinion, the possibility that vaccine benefits may have been overrated and the risk of potential adverse effects underestimated, has not been rigorously evaluated in the medical and scientific community. We hope that the present paper will provide a framework for a much needed and long overdue assessment of this highly contentious medical issue. – US National Library of Medicine National Institutes of Health.

This all also comes after the CDC suggested there might be a link between miscarriages and vaccinations as I reported for Natural Blaze in early September.

For a list of vaccines that still contain mercury and aluminum above EPA safety levels click here. Seven vaccines are reported to still contain thimerosal, which is 49.5% mercury.

Why has it taken us so long to ask if injecting known neurotoxins into the bodies of infants and children is safe when the US National Library of Medicine National Institutes of Health has admitted their understanding of aluminum as a main adjuvant in vaccines is “poor”?