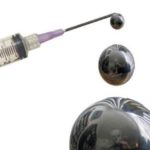 Aluminum in Vaccines May Cause Autism According to Experts in New Study
Aaron Kesel – Activist Post, 11 Dec 2017

1 Dec 2017 – A new controversial study confirms aluminum in vaccines may cause Autism Spectrum Disorder, and those children who suffer from it to have up 10 times more metal in their brains than what is considered a safe amount for adults. For a list of vaccines that still contain mercury and aluminum above EPA safety levels click here. Seven vaccines are reported to still contain thimerosal, which is 49.5% mercury.

26 Aug 2017 – WikiLeaks has published a document of a CIA project called ‘ExpressLane’ that allows the agency to secretly extract biometric data from the NSA, the DHS, and the FBI as well as non-U.S. agencies.

WikiLeaks Vault 7 has provided great insight into the CIA’s hacking capabilities. So far we have learned they can hack into various electronic devices such as smartphones, TVs, and computers. The latest revelation called project Elsa seems frightening. Elsa is the code name for the CIA’s geo-location malware for WiFi-enabled devices like laptops running the Microsoft Windows operating systems.