Inside a Judge’s Rehab: Unpaid Work at a Local Coca-Cola Plant 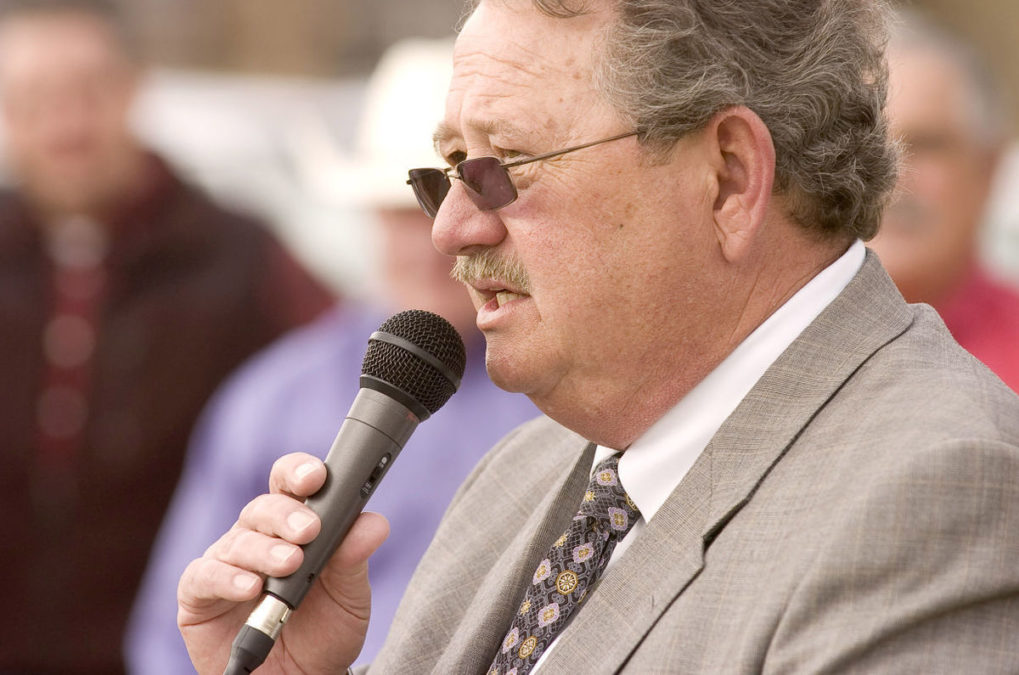 He started the first rural drug court in the nation and has reaped awards for sending defendants to treatment rather than prison. Most judges in the state model their drug courts after his.

But Landrith also is involved in a more sinister byproduct of criminal justice reform.

Nearly a decade ago, Landrith started his own rehab work camp where defendants must work full time for free at a local Coca-Cola bottling plant and other companies, under threat of prison if they don’t comply. They are required to say they’re unemployed and turn over their food stamps to the program, which state regulators say is fraud. And on their days off, some worked for free mowing Landrith’s lawn and doing yard work around his property.

“It’s a joke, that’s all it is,” said Justin Manion, who was sent to Southern Oklahoma Addiction Recovery – also known as SOAR – by a judge this year. “It’s a shitty place.”

It’s the latest discovery in an ongoing investigation by Reveal from The Center for Investigative Reporting into rehab programs across the country that promise defendants freedom from addiction but instead turn them into indentured servants for private industry. 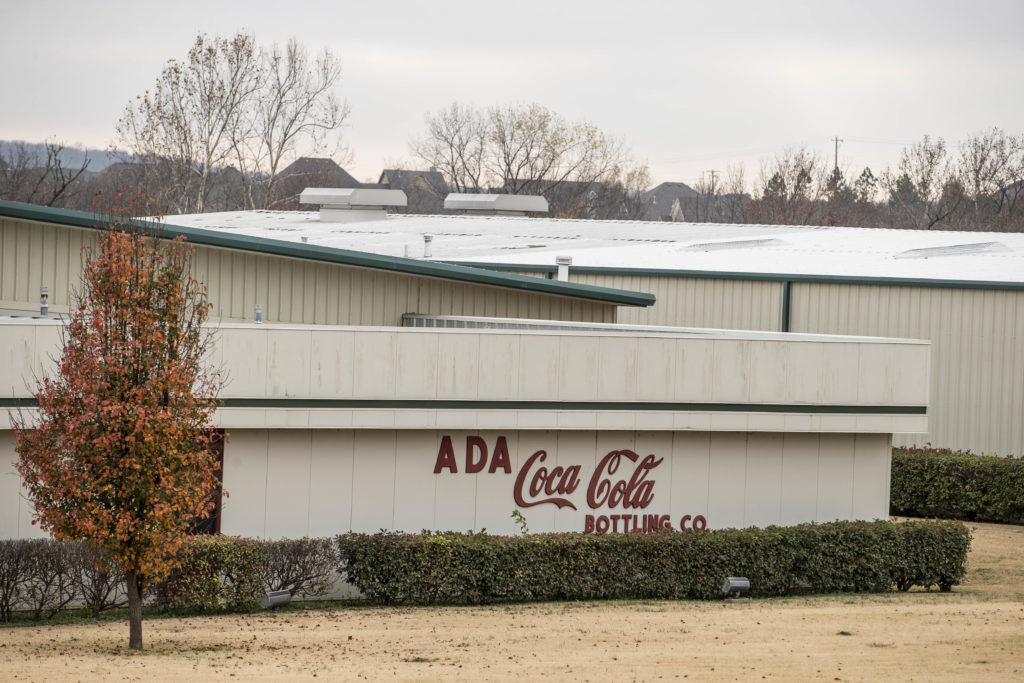 While at SOAR in Ada, Okla., defendants must work full time for free at a local Coca-Cola bottling plant and other companies, under threat of prison if they don’t comply. Credit: Shane Bevel for Reveal

Coca-Cola’s guidelines for its independent bottling plants prohibit forced labor. In response to Reveal’s reporting, the Ada Coca-Cola Bottling Co. said it would suspend its use of SOAR, saying in a statement that it takes “the concerns that have been raised seriously.”

“We have participated in the SOAR program because of the good we have seen it can do for people in our community and are hopeful we can work with SOAR to revise the terms of the program so that we can resume participation in the future,” the statement said.

The involvement of one of Oklahoma’s most celebrated judges exposes just how pervasive this type of rehab model has become, implicating major corporations, powerful politicians and even those whose job is to uphold the law. And it lays bare a litany of ethical and legal problems that can arise in the process, even in programs started with the best intentions.

Many defendants sent to SOAR have not yet been convicted of crimes, making their forced labor a potential violation of the 13th Amendment ban on slavery and involuntary servitude, according to legal experts.

State ethics rules say a judge should not serve as an officer of an organization whose proceedings might come before him or her. Landrith currently is an unpaid SOAR board member – a position he’s held since 2014 – and has sent at least nine defendants from his drug court to SOAR since 2010, records from the Oklahoma Department of Mental Health and Substance Abuse Services show.

Landrith retired from the bench in 2014 but continues to work as the drug court judge in Pontotoc County as an unpaid volunteer. He said he tries to avoid sending men to his program, but doesn’t consider it a violation of the rules.

“In general, the judge should stay away from accepting a position that might create a conflict of interest,” he said.

Landrith started SOAR in 2008 as his drug court was grappling with a shortage of affordable treatment programs. The Pontotoc County jail was so overcrowded that when Landrith meted out punishment for dirty drug tests, some defendants ended up sleeping outside. His rehab program would cost defendants and taxpayers nothing. All those in the program had to do was work.

“Labor conquers all,” Landrith said. “Some of those people have never worked a day in their life.”

Today, SOAR houses about 55 men and women who work at a Coca-Cola bottling plant, a car wash owned by a board member, a roofing company, local motels and a Leachco factory that makes pregnancy pillows sold at Babies R Us, Nordstrom and Bed Bath & Beyond.

While women in the program get to keep some of their pay, men get nothing. The companies pay SOAR for all the labor and don’t have to pay for workers’ taxes or workers’ compensation insurance, according to the rehab program.

“Here at Ada Coca-Cola, we hire SOAR men because they’re dependable, reliable and they save us money,” a company representative said in a 2015 promotional video.

Kevin Lowe, the hiring manager at Ultimate Carwashes said the company’s priority is helping the men. Putting them to work is the only way most are able to afford treatment, he said.

“If that’s against the law, then shame on the law,” Lowe said. “I see men get their lives back and become fathers and husbands and contributing members of society again.”

In addition to working, the men are required to attend a group counseling session once a week and church services twice a week. If they complete the six-month program without breaking any rules, they’re eligible for a $500 stipend.

Reveal spoke with more than a dozen men who attended the SOAR program. All but one said the program was more concerned with work than their recovery. Cody Evans called it “the worst experience of my life.” Dustin Barnes called the people who run SOAR “crooks.” 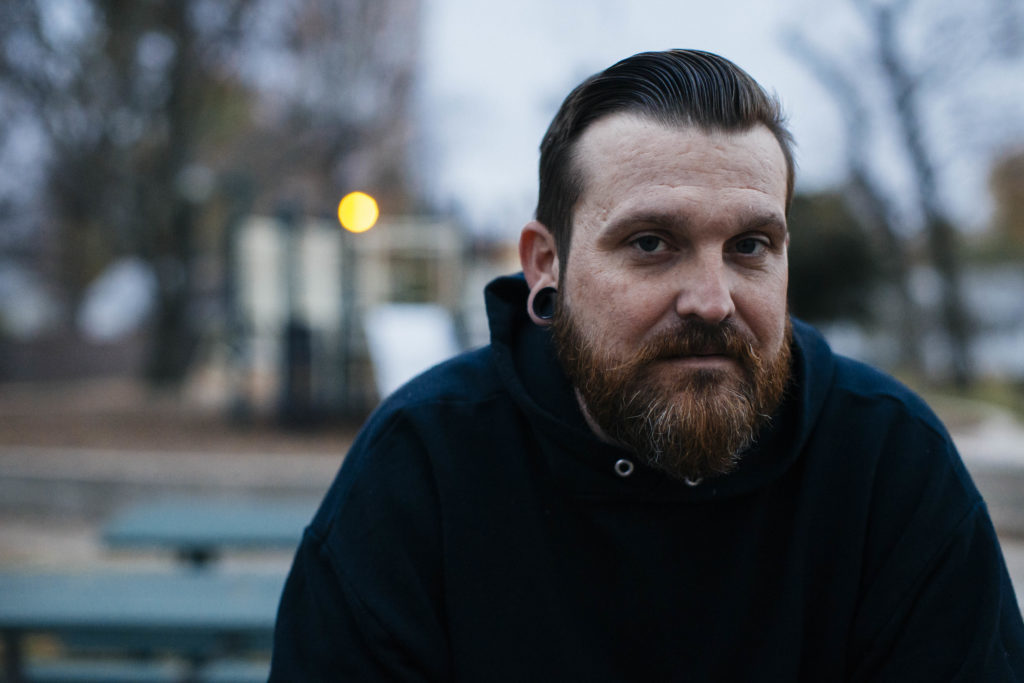 Dustin Barnes was sent to SOAR in 2015. While there, Barnes said he was ordered to do yard work for Judge Thomas Landrith, including cleaning brush from his creek bed and mowing his lawn. Credit: Shane Bevel for Reveal

“ ‘If you can’t work, your ass should not be here.’ They tell you that when you first get there,” said Lee Purdy, who was court-ordered to SOAR and worked at Leachco. “This ain’t the place for you if you can’t work.”

If men got hurt or were too sick to work, the program often kicked them out, they said. Some worked despite being injured.

“It made me mad and feel like I really wasn’t worth nothing,” said Lucas Allen, one of the men Landrith sent to SOAR in 2015. He said he was forced to work with an injured hand.  “It’s like they didn’t care what happened to me.”

“It’s the best way to re-establish some kind of self-worth in those individuals,” said board President Duane Murray. “There’s nothing better, more therapeutic than getting up and doing what everybody else does on a regularly scheduled basis.”

Landrith told Reveal that he expects SOAR to get sued for its work practices, as two other Oklahoma rehabs have recently. If that happens, he said, most defendants going to work-based programs will probably end up going to prison.

“We started the SOAR program because there was no place to send anybody. It’s still that way,” he said. “I don’t know what everybody wants the endgame to be.”

“We were cleaning brush in his creek bed behind his house,” said Barnes, whom a judge sent to SOAR in 2015. “Cleaning his gutters. Mowing his lawn. Doing hedges. He was there hanging out, like he was one of the guys.”

Landrith said he donated a lawnmower and their pay to SOAR. 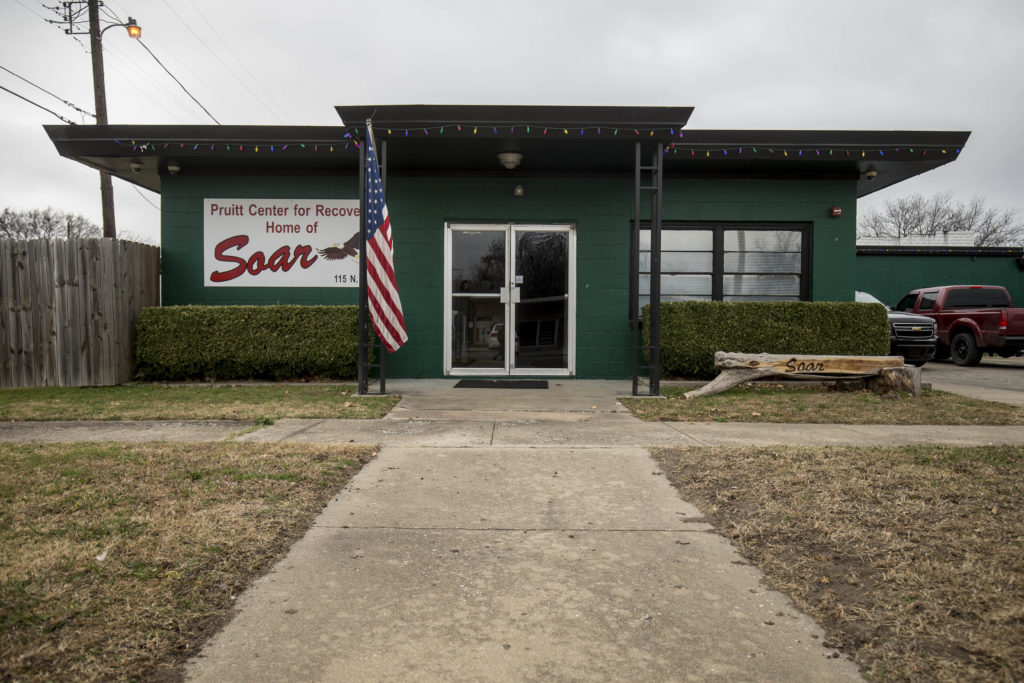 Judge Landrith started SOAR in 2008 as his drug court was grappling with a shortage of affordable treatment programs. Credit: Shane Bevel for Reveal

Cody Theriac thought he’d caught a break when a drug court judge in Tulsa decided to give him another chance at rehab instead of sending him to prison.

But when Theriac arrived at SOAR, his first stop wasn’t to a drug and alcohol counselor. It was to the local food stamp office in Ada.

Theriac never had applied for food stamps before. As he sat in the drab government office, a SOAR employee coached him on exactly what to say.

He had to say he was unemployed, he remembered, even though a few days later he would be working full time at Leachco. He should say he was in a rehab. And once he got his benefit card, he had to turn it over to SOAR.

“Isn’t this fraud?” Theriac remembers asking SOAR administrators at the time. “I kept getting the same answers: ‘This is no big deal, this is how it’s done.’ The whole time I thought, if I don’t do what they said, I would go to prison.”

So Theriac did it. He left the Department of Human Services office with a food stamp card that day.

SOAR confiscated Theriac’s benefit card, locking it in a safe with those of other participants. Every few weeks, SOAR administrators would take a handful of men in the program to the local Walmart, where they were forced to use their cards to buy food for the entire rehab, they said.

A dozen other SOAR participants confirmed that they also were told what to say to qualify for a benefit card and then ordered to relinquish it to SOAR.

“It is against the law,” said Debra Martin, a spokeswoman for the Oklahoma Department of Human Services. “The people who this happened to need to call us or email us and let us know.”

Some drug and alcohol rehab centers are allowed to apply for special food stamps for clients and legally purchase food on their behalf. But SOAR is not one of these approved programs and never has applied for these special benefit cards, according to the department.

“Any incorrect information on the application would be a crime in and of itself,” said Joe Glover, a department agent who investigates food stamp fraud. “The card is only for the individual. It’s not for a group.”

Murray, SOAR’s board president, called the participants of SOAR “volunteers, not employees,” saying they weren’t technically employed anywhere. He said the rehab had worked out an arrangement with the local Department of Human Services office when it came to food stamps.

Martin said the department is unaware of any such deal.

Landrith got the idea for SOAR from Raymond Jones, a convicted meth dealer who once came through his court.

After Landrith ordered Jones to complete a similar work-based rehab program nearly 20 years ago, Jones told Landrith that he had found God and was a changed man – so much so that he decided to start a rehab of his own, called the Drug and Alcohol Recovery Program.

“Raymond is a very smart guy. We thought, ‘Well, if they could do this, why can’t we?’ ” Landrith recalled. “So Raymond and I decided to do one here. He was the person who said, ‘I think we could do this.’ ”

Jones confirmed that he consulted with Landrith on the creation of SOAR but said he is no longer involved.

Like its predecessors, SOAR has become indispensable to courts looking for alternatives to prison. At least 15 drug courts from across Oklahoma have sent defendants to SOAR since 2010, records show.

Some judges send defendants to the program to get them away from bad influences or into stable housing. But others have used the program instead of certified treatment, a potential violation of state law.

The Oklahoma Drug Court Act requires drug courts to send defendants for treatment at certified facilities with trained counselors and regular inspections. SOAR is uncertified and says the best cure for addiction is hard work.

Neither the courts nor the program have ever measured its success.

“I’ve never worked that much in my life. I was exhausted every day,” said Jesse James Ward, who worked for a roofing company and completed SOAR in 2015.

Not long after leaving the program, he was charged with drug possession.

This story was edited by Andrew Donohue and Amy Pyle and copy edited by Nadia Wynter and Nikki Frick.

One Response to “Inside a Judge’s Rehab: Unpaid Work at a Local Coca-Cola Plant”