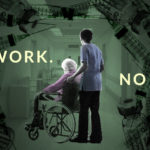 Drug Users Got Exploited – Disabled Patients Got Hurt – One Woman Benefited from It All
Amy Julia Harris and Shoshana Walter | Reveal – Center for Investigative Reporting, 28 May 2018

21 May 2018 – Recovery Connections put people to work for free as caregivers for elderly and disabled patients. They were hardly trained, and disasters happened all the time. The rehab participants changed diapers, bathed patients and sometimes dispensed the same medications that landed them in rehab in the first place. Some participants sucked fentanyl patches to get high; others drank morphine from syringes. And seven different times, they were accused of sexually assaulting patients. The rehab’s founder, Jennifer Warren, built up the program for her own personal gain. 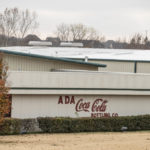 4 Dec 2017 – Retired Oklahoma Judge Thomas Landrith started nearly a decade ago his own rehab work camp where defendants must work full time for free at a local Coca-Cola bottling plant and other companies, under threat of prison. They are required to say they’re unemployed and turn over their food stamps to the program, which is fraud.

They Thought They Were Going to Rehab. They Ended Up in Forced Labor Camps
Amy Julia Harris and Shoshana Walter | Reveal - The Center for Investigative Reporting, 9 Oct 2017

4 Oct 2017 – The worst day of Brad McGahey’s life was the day a judge decided to spare him from prison. He had heard of Christian Alcoholics & Addicts in Recovery, people called it “the Chicken Farm.” Aside from daily cans of Dr Pepper, McGahey wasn’t addicted to anything. The judge knew that. But the Chicken Farm sounded better than prison.