20 Nov 2017 – The Nuclear Age Peace Foundation has been working to end the nuclear weapons threat to humanity and all life for 35 years.  We were one of many nuclear disarmament organizations created in the early 1980s, in our case in 1982.  Some of these organizations have endured; some have not.

We were founded on the belief that peace is an imperative of the Nuclear Age, that nuclear weapons must be abolished, and that the people of the world must lead their leaders to achieve these goals.  As a founder of the organization, and as its president since its founding, it now seems an appropriate time to look back and reflect on the changes that have occurred over the past 35 years.

Over the past 35 years, there have been significant reductions in nuclear weapons and nuclear testing, but there are more nuclear-armed countries now than then.  There is still widespread ignorance about nuclear dangers.  Despite this, civil society organizations, including the Nuclear Age Peace Foundation, are making progress by working with non-nuclear weapons states.  The most recent example of this is the adoption by the United Nations of the new Treaty on the Prohibition of Nuclear Weapons.  The civil society organizations working in the International Campaign to Abolish Nuclear Weapons will be instrumental in encouraging countries to sign and ratify the treaty for its early entry into force, which will occur 90 days after the fiftieth ratification of the treaty is deposited with the United Nations.

Despite having gone more than 70 years without a nuclear war since the first atomic weapons were used on Hiroshima and Nagasaki, there are no guarantees that these horrendous weapons will not again be used, by accident or design, on any given day. The nuclear-armed countries continue to rely upon the human-created theory of nuclear deterrence to avert a nuclear war.  This is a shaky foundation on which to base the future of civilization and of the human species.  Although some progress has been made toward eliminating nuclear weapons, it is not at all sufficient.  Far more people need to awaken to the dangers posed by nuclear weapons and to demand an end to the nuclear era.  We would be wise to listen to the hibakusha and abolish nuclear weapons before they abolish us. 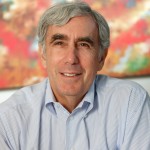 Anticopyright: Editorials and articles originated on TMS may be freely reprinted, disseminated, translated and used as background material, provided an acknowledgement and link to the source, TMS: Progress toward Nuclear Weapons Abolition, is included. Thank you.