US Upholds Use of Illegal Cluster Bombs as ‘Legitimate’

A 2019 plan to phase out the use of cluster bombs that are considered indiscriminate due to their release of unguided sub-munitions was called off by military officials. 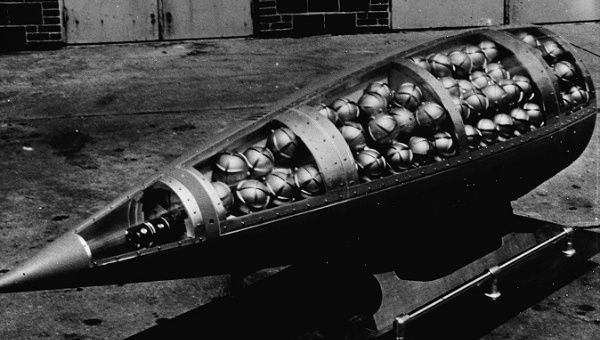 1 Dec 2017 – In a press statement, the U.S. Department of Defense defended its use of internationally outlawed cluster bombs because of their alleged importance in warfare.

RELATED: ICC Makes Request to Investigate US for War Crimes

“The Department of Defense has determined that cluster munitions remain a vital military capability in the tougher warfighting environment ahead of us, while still a relatively safe one,” Pentagon spokesman Tom Crossen said.

Officials told Reuters that safer weapons have not advanced to the point of being able to tactically replace already existing cluster weapons.

“Although the Department seeks to field a new generation of more highly reliable munitions, we cannot risk mission failure or accept the potential of increased military and civilian casualties by forfeiting the best available capabilities,” a Pentagon memo cited by Reuters insists.

The weapons are outlawed under customary international law through the Convention on Cluster Munitions (CCM). The weapons are considered inhumane because of their non-guided delivery system, as the initial munition releases sub-munitions that scatter over a large area and can easily hit civilian residential areas or infrastructure. Their use in Yemen by the Saudi-led coalition has been widely acknowledged as a war crime.

Often, the weapons do not detonate on impact and continue to maime civilians well after their deployment, which is cited as a major reason for their outlawed status. The U.S. military claims to have a 99 percent detonation rate for its cluster bombs, though this figure cannot be independently verified.

RELATED: Saudi Arabia to Purchase US$7 Billion in Precision Munitions

More than 100 countries have signed onto this international treaty, not including the United States, who is the main supplier of illegal cluster weapons to Saudi Arabia. The production and distribution of the weapons are illegal.

U.S. banks, including JP Morgan and Bank of America, were the top investors in cluster weapon producers according to a 2016 report.

Human rights organizations were quick to condemn the Pentagon’s decision in reversing the 2019 plan to phase out the weapons.