Contesting Caribbean Subservience in the Age of Trump

Caribbean leaders cannot afford to ignore injustices in and outside the region. 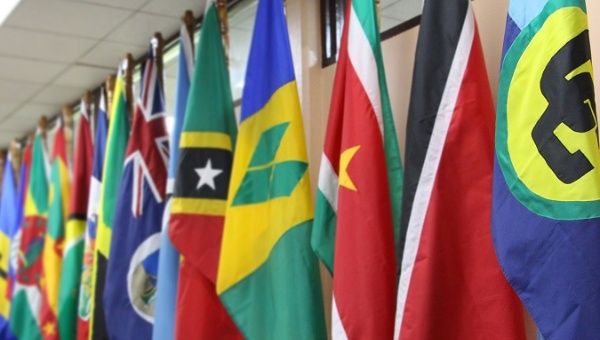 The timidity and subservience of Caribbean leaders are a poor reflection of our Caribbean societies which have been forged in resistance to domination.
| Photo: Reuters

1 Jan 2018 – There was an overwhelming vote within the United Nations general assembly against the United States’ unilateral recognition of Jerusalem as Israel’s capital.

One hundred and twenty eight members of the general assembly voted against move, nine nations voted for, while 35 nations including Trinidad and Tobago, Jamaica, The Bahamas, Antigua, Dominican Republic, Haiti, Panama, Mexico and Canada, abstained. Twenty one nations were absent, including St Lucia. The non-binding vote came days after the United States used its veto power to overturn a U.N. security council resolution that called for a withdrawal of the recognition by Donald Trump of Jerusalem as Israel’s capital. The U.S. ambassador to the U.N. Nikki Haley had threatened that the United States would be taking names of all the countries who supported the resolution, while President Trump threatened to cut foreign aid to those countries.

Caribbean leaders including Trinidad and Jamaica chose the cowardly route, caving into the threats and abstained from voting, thereby missing an opportunity to stand with the international community. In a newspaper article, Trinidad and Tobago’s Foreign Minister Dennis Moses said that this country’s policy has always been “to support steadfast recognition of the State of Israel with secure territorial borders as well as establishment of a Palestinian State.” This is a strange and contradictory statement, as numerous commentators have observed that Trump’s unilateral moves are inflaming tensions and endangering negotiations. Furthermore, the move to establish Jerusalem as the capital of Israel violates the 1967 U.N. charter that recognizes east Jerusalem as occupied Palestine territory.

Minister Moses further said: “We would wish to see the United States play a major role in bringing this about by preserving its position as an influential broker in all negotiations which would have peace and security as its primary objective.” This statement again is a contradiction. Trump’s move to unilaterally establish Jerusalem as Israel’s capital undermines the credibility of the United States to be a mediator in the Middle East peace process.

Over the years, there have been numerous resolutions condemning Israel’s actions in the Middle East. The resolutions have criticized Israel for escalating conflicts, violating international law, violating resolutions of the U.N. security council and the general assembly and illegally occupying Arab and Palestinian land. A resolution on the Dec. 6, 1988, noted that the special relationship that Israel enjoys with the United States permits it to “pursue its aggressive and expansionist policies” that have “adverse effects on efforts for the establishment of a comprehensive, just and lasting peace in the Middle East and pose a threat to the security of the region.”

As recently as December 2016, the United Nations Security Council Resolution 2334 stated that the expansion of Israeli settlements in east Jerusalem and other parts of Palestinian territories, occupied since 1967 are a flagrant violation of international law.

Despite clear human rights violations and violations of a number of U.N. resolutions, the Geneva convention and international law, Israel has escaped serious sanctions.

The abstention by many Caribbean leaders is best understood in the context of the long experiences of Manifest Destiny, the ‘big stick’ ideology and ‘dollar diplomacy’ which has rendered the Caribbean as the backyard of the United States. Caribbean leaders have been unwilling to take stances that go against the wishes of dominant countries.

This subservience has deep implications for ordinary Caribbean people given that their leaders, elected to serve their interests could easily abdicate this responsibility not to anger Uncle Sam. There is a concern that foreign corporations have been getting sweet deals, constructing hotel chains and exploiting raw materials with limited benefits to citizens.

Also, for decades the Caribbean has had drugs laws that derived from the internal policies of the United States. Under the guise of the War on Drugs, U.S. military forces in conjunction with local security forces embarked on Operation Weed Eater, searching and burning marijuana plantations across several Caribbean localities, including Trinidad, Jamaica and St Vincent.

In Jamaica, the P.J. Patterson government established the National Commission on Ganja in Jamaica in 1999, led by sociologist Professor Barry Chevannes. This commission recommended the decriminalisation of marijuana in small amounts for personal use, but was not implemented at that point.

It is only after numerous U.S. states began easing up their marijuana laws that the law was changed in Jamaica. In most of the Caribbean these anti-drug laws remain, contributing immensely to crime as drug dealers utilize violence and guns to protect their turf.

Despite a significant body of evidence that point towards the benefits of legalization, Caribbean leaders appear too timid to change their policies. In the meantime, western corporate entities are already tapping into the medicinal and economic opportunities of marijuana.

In an era where Caricom governments are making demands for reparations from European countries for the crimes against humanity that occurred during slavery and colonialism, Caribbean leaders cannot afford to ignore the injustices in and outside the region. The timidness and subservience of Caribbean leaders are a poor reflection of our Caribbean societies which have been forged in resistance to domination.

More than 50 years after independence, Caribbean nations have not seen fit to be part of any international organization of global south countries to better navigate the harsh geo-political relations of the modern world. Thus, much of the English-speaking Caribbean remain part of the Association of Stolen Wealth (Commonwealth) nations, which was created and directed by the former colonial power Britain. This is all part of the damaging subservient legacy that must be changed.