Two Koreas Will March Together at the Olympics 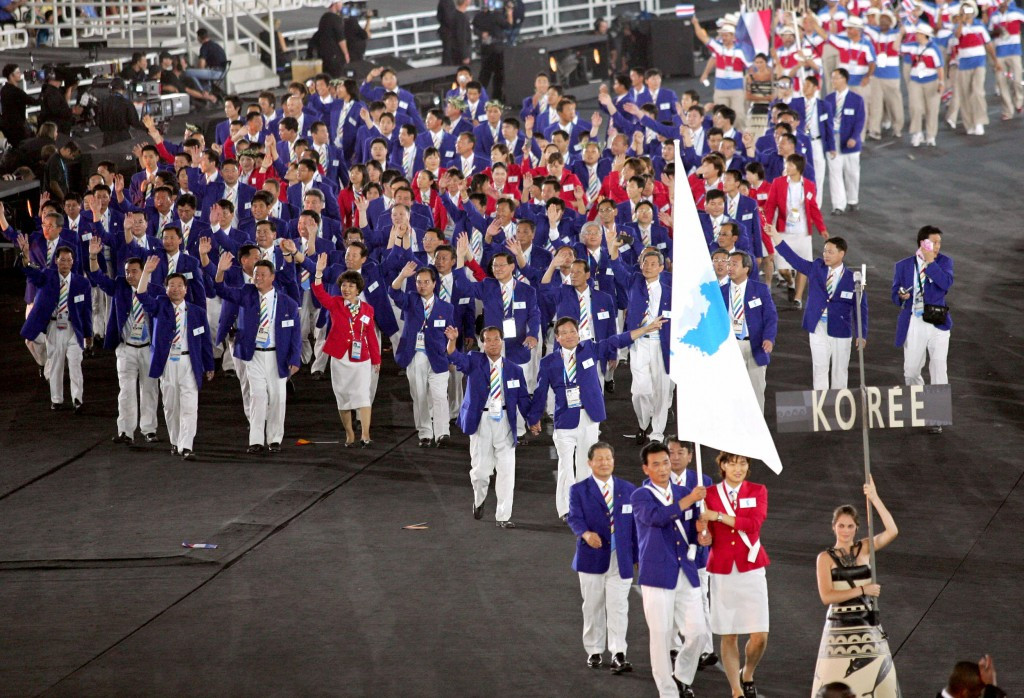 North and South Korea marched together at the Opening Ceremony of the 2004 Olympics in Athens.
InsideTheGames

17 Jan 2018 – The two Koreas agreed today to march together under a single flag at the Winter Olympics opening ceremony and field a united women’s ice hockey team for the Games in a further sign of easing tensions on the peninsula.

North Korea also said it would send a 550-member delegation to the Winter Olympics and Paralympics in the South, Seoul said, as the two sides met to discuss athlete numbers in the latest in a flurry of cross-border talks.

Nuclear-armed Pyongyang agreed last week to take part in next month’s Pyeongchang Games which are taking place just 50 miles south of the Demilitarized Zone (DMZ) that divides the peninsula.

Seoul has long sought to proclaim the event a “peace Olympics” in the face of tensions over the North’s weapons programs — which have seen it subjected to multiple UN Security Council sanctions — and the discussions represent a marked improvement.

The two Koreas will march together under a pro-unification flag at the opening ceremony for the February 9-25 Games, according to a press statement issued by the South.

They also agreed to form a unified women’s ice hockey team and the South said it will send its skiers to the Masikryong ski resort in the North for joint training with North Korean skiers ahead of the Games. 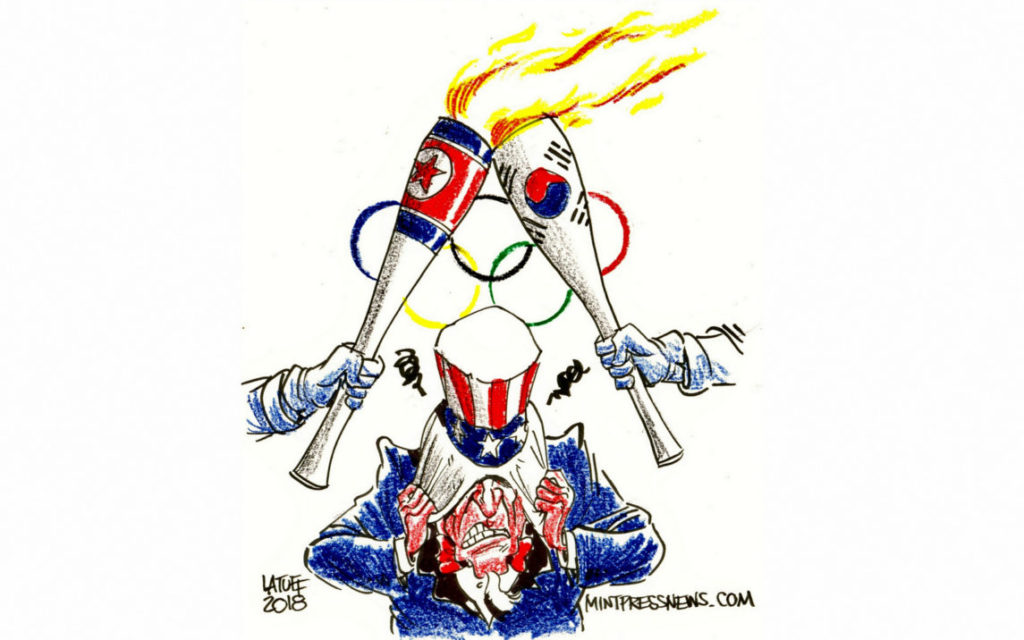 “Inter-Korean relations have been strained for almost 10 years,” the North’s chief delegate Jon Jong-Su said as the meeting started on the southern side of the border truce village of Panmunjom. “We hope that ties can open,” he added.

Three officials from each side took part and the results will be discussed by both Koreas with the IOC in Lausanne, Switzerland, on Saturday.

“This will then enable the IOC to carefully evaluate the consequences and the potential impact on the Olympic Games and the Olympic competitions,” an IOC spokesperson said.

“There are many considerations with regard to the impact of these proposals on the other participating NOCs and athletes,” with final decisions to be made on Saturday.

The IOC must approve extra Olympic slots for the North’s athletes after they failed to qualify or missed deadlines to register.

The North agreed to send 230 cheerleaders to support athletes from the two Koreas during the Olympics and to form a joint cheering squad with the South.

A 30-strong North Korean taekwondo delegation will also visit the South next month for demonstrations in Pyeongchang and Seoul.

The North also said it will send a separate 150-member delegation of supporters, athletes, performers, journalists and delegates to the Paralympics in March.

Any blacklisted officials in the North’s high-level delegation could be another potential stumbling block.

A North Korean delegation will visit the South next Thursday to inspect the facilities at the Games venue.

In another meeting on Monday the two reached an agreement over a trip by a 140-member North Korean orchestra to the South to hold concerts in the capital and in Gangneung, one of the Games venues.

The talks come after North Korean leader Kim Jong-Un abruptly announced his willingness to take part in the Games in his New Year speech.

The move was seen as a bid to ease searing tensions on the peninsula and was rapidly welcomed by Seoul.

Last year the nuclear-armed North tested missiles capable of reaching its “enemy” the US and Kim traded threats of war with President Donald Trump.

Seoul’s proposal for a unified team in women’s ice hockey has met a frosty reception in South Korea, where critics accused the government of robbing some of its own players of the opportunity to compete at the Olympics for the sake of politics.

Tens of thousands have signed dozens of online petitions on the presidency’s website urging President Moon Jae-In to scrap the plan.

South Korea only qualified for the ice hockey tournament as hosts, rather than on merit, and are not seen as medal contenders.