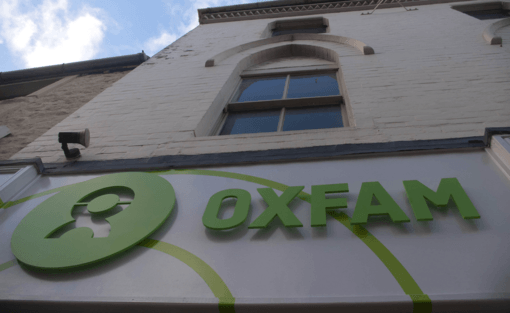 Photo by DaveBleasdale | CC BY 2.0

Knowing my work in the field, a colleague with years of experience working in disaster response agencies asked me what I thought.

When I had the chance to catch up on the story, my response included, “I wasn’t surprised.”

She was horrified. “Underage girls wearing nothing but Oxfam T-shirts! How can that be not surprising?”

Haiti, unfortunately, has seen its share of blan – foreigners – who have been otherwise rejected by their home societies, or should have.

Not one, not two, but at least three cases of confirmed pedophiles, former priests, sent to Haiti to hush angry parishioners in the U.S. They only were brought to light in Haiti if they ruffled the feathers of the powerful, aligned with the wrong political faction, such as president Aristide, ousted in 2004.

I lost count at four orphanages from the U.S. rocked by scandal when one of their – male – leaders was accused of sexual misconduct with the children they were supposed to be “saving.”

An individual stole a colleague’s car, and cases of people dealing drugs.

Not to mention the United Nations troops, legally granted immunity, covering up and otherwise protecting scores of, again, male, perpetrators of rape, sexual assault, and other “sexual misconduct.” Some even left behind children for the women, many of whom under the age of consent, to raise on their own. And many victims were young Haitian men and boys.

But not Oxfam! They are the good guys. They are the watchdogs, keeping others like USAID, the UK’s DIFD, the World Bank, and other bullies honest and on their toes. Oxfam’s simulation of world hunger at my university dining hall had a big impact on me, a reason I became vegetarian. And let’s not forget their annual report exposing the increasing inequality in global capitalism.

So the lurid details may be a new high water mark for the dogooders. But the cover-up was, again, not surprising. The alleged brothel paid for by Oxfam donors, and the quiet exit strategy for the country director, allowing him another post within the agency following a deliberately weakened internal report, occurred in 2011, a year and a half following the earthquake that killed too many to count – indeed, the death toll was politicized by a rogue critic of NGOs and the aid system.

International donors had pledged $10 billion for the Haiti response at a March 31, 2010 UN conference. According to the UN Special Envoy’s office, this amount was later upped to $13 billion, while individual donors worldwide contributed just over $3 billion.

The 16-billion-dollar question was, often asked, “Where did the money go?”

NGOs, used to being granted a pass for their ‘dogooding,’ did not take kindly to the question being raised. Individuals, myself included, were often vitriolically and sometimes personally attacked for daring to question the impacts of the aid on the ground.

The Red Cross interrupted a Congressional briefing in early 2012 which included a screening of Michele Mitchell’s Haiti: Where Did the Money Go?

A representative of Sean Penn’s organization, JPHRO, engaged in a Twitter war with Jonathan Katz during a Duke University conference on humanitarianism.

I had to send nine drafts, and successfully argue for a reconsideration, for a peer-reviewed journal article based on quantitative data, with statistics checked through SPSS. At issue was not the data themselves, but the interpretation and policy significance. Also, refusing participation in my research, an NGO who is a signatory of the Project Sphere Humanitarian Charter (which among others declares transparency and openness to researchers) quibbled not with the methodology of the research but the value of its core questions.

Why would this be the response?

While there are many reasons, first and foremost is to protect their image, their “brand,” which impacts their ability to raise funds.

Haiti’s earthquake and the $16 billion response encouraged NGOs to bring in their “superstars,” in the words of someone who worked at Oxfam at the time of the 2012 interview. “If you look at the big international NGOs, including this one, all of them changed their in-country director within months of the earthquake.”

Not only are the “superstars” ignorant of the country and its laws, and without a Rolodex of local contacts who are capable, trustworthy, and can get the job done, they come with a ton of bravado, what Teju Cole called the “white savior industrial complex.”

And, importantly, especially with the superstars, with no local connection, there was no oversight. Haitian institutions were deliberately excluded from decisionmaking, as humanitarian “cluster” meetings were held in a patrolled UN base, in English. UN troops denied entry to Haitian government officials. Suspecting a racial bias, I twice attempted to enter without presenting my U.S. passport. Both times I was granted access.

Local staff people with sometimes decades of experience were forced to work for someone half their age, who do not speak the local languages, for a fraction of the expat salaries. Sometimes this “expatronizing” led organizations to make serious mistakes, endangering the lives of Haitian aid workers who had to walk into “Red Zones” while expats with access to the NGO vehicles are protected, unable to go in.

Ultimately I wasn’t surprised because there were literally tens of thousands of foreign people involved in Haiti following the quake, some for the particular notch on the humanitarian bedpost, as it was known that Haiti was a “must-have” experience for a humanitarian career.

As human beings, we are all flawed. Most of us live with some level of contradictions in our lives, managing ambivalence or other multiple motivations.

One of the humanitarian aftershocks was indeed an increase in violence against women, as NGO food aid, run through NGO-created, male-dominated committees, was often used to demand transactional sex.

To address the behaviors we need to change the reward structures.

Structurally speaking, NGOs are not accountable to the people they serve or the host governments. They are only accountable (and this story shows the limits of this) to their donors and countries of origin.

There is widespread condemnation of the events.  The Haitian government opened an investigation, and possible complaint.

As activist Nixon Boumba, who also works for an NGO, argues, “This rare action would be important legal precedent. At the same time, the Haitian government did nothing for the victims of cholera [brought to Haiti via UN peacekeepers], not to mention the rapes committed by UN soldiers during the last occupation.”

Colette Lespinasse, with decades of experience working in the NGO sector, warned that it is important not to scapegoat Oxfam. “What happened to Oxfam can occur in any organization, because there’s no effective control over who is recruited to go to the country, and not enough follow-up.”

Indeed, since the revelations regarding Oxfam, accusations of wrongdoing are surfacing in World Vision, Save the Children, and Christian Aid.

Among others, Ilionor Louis, chair of the Development Sciences Department at the State University of Haiti, questions why Oxfam and why now: “To my knowledge, it is the only major organization systematically reporting on inequality within the global capitalist system. Given the world’s rightward shift, this isn’t a random target.”

Camille Chalmers added, “This kind of event isn’t isolated: there are several hundred like it. We need to denounce the model of so-called ‘development’ aid that reinforces power relations, inequality, and reinforces apartheid that already exists in society.”

One aid professional, who asked not to be named, pointed out two fundamental inequalities that are at the root of this crisis and not adequately discussed: patriarchy, and neocolonialism. Louis added that this is a particular case of infantalization of the aid regime, treating Haitian beneficiaries as children and even less than human, whose lives don’t matter.

So… what now? What should the response be? Yes, apologies and righteous indignation. But let’s not let NGOs try and distance themselves.

Chalmers argued that this offers an opportunity to “rekindle the struggle against UN impunity for all the crimes they committed during their 14-year occupation and continue to struggle to demand justice and reparations.”

Boumba argued for a “real audit about international cooperation in Haiti. But who will do the audit? Who has the interest in doing it? How will it be done? I hope that this won’t be used by extreme right wing groups as a pretext to impose a new series of anti-social policies.”

This problem was created by the perceived need for outsiders to take over because supposedly Haitians were unable to do the job. This disaster narrative was the most powerful: White saviors and, in the words of Mary Beard, “uncivilized” Haitians.

If Haiti has a “weak state” which forced it to become the “Republic of NGOs,” let’s take a look at international organizations’ consistent role of undermining of the State, deliberately bypassing the state to the benefit of NGOs, with budgets many times greater than the ministries and a systematic “brain drain” of the public sector through greater salaries and prospects of foreign visas.

Solutions need to address all these issues at once. It is not only for Haitian people or the government to demand change. It is up to NGOs to call for greater oversight. Not a voluntary, optional, peer-review process. And most definitely up to those of us who live in “donor” countries to change the rules of the game.

It’s true that this may well be the beginning of a #MeToo movement in Haiti, and hopefully elsewhere in the world where reward structures of the aid industry reinforce inequality, imperialism, and patriarchy. This most certainly is not isolated to Haiti.

Again, Haiti might point the way for others. Hopefully this time Haitian people will not have to pay the price.

Mark Schuller is Associate Professor of Anthropology and Nonprofit and NGO Studies at Northern Illinois University and affiliate at the Faculté d’Ethnologie, l’Université d’État d’Haïti. He is the author or co-editor of seven books, including Humanitarian Aftershocks in Haiti. Schuller is co-director / co-producer of documentary Poto Mitan: Haitian Women, Pillars of the Global Economy (2009), and active in several solidarity efforts.