Tax Justice Network Reveals the Ranking of Corrupt Countries: Switzerland, US ‘The Most Corrupt’ 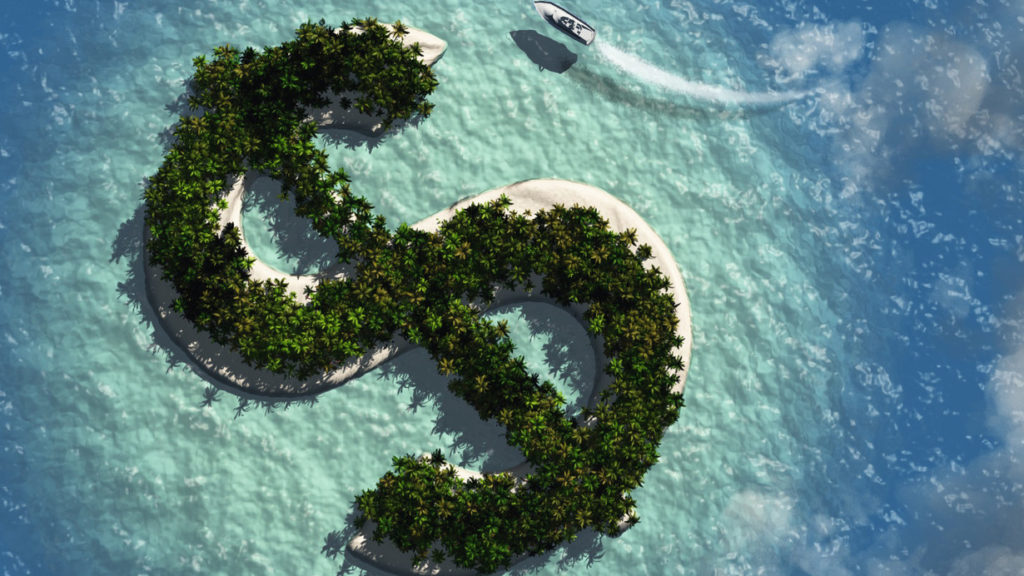 The Ranking of Corrupt Countries

9 Feb 2018 – In this era of “post-truth” – and even much earlier – it has become more evident than ever that one thing is to preach transparency, rights, fairness, the rule of law, etc., and quite a different thing is to apply these principles to oneself.

A new study by Tax Justice Network has revealed that Switzerland is the world’s most-corrupt country, with a high secrecy score of 76. The US ranks second, while several European countries hold high positions in the list, ahead of many poor, developing nations. 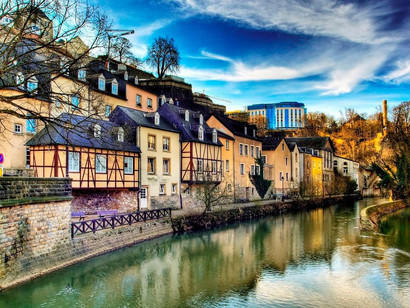 The Tax Justice Network is an independent international advocacy group launched in 2003 (see their history here). Its core mission is to ‘change the weather’ on a wide range of issues related to tax, tax havens and financial globalisation, as well as to push for systemic change.

The report explains that the Swiss will exchange information with rich countries if they have to, but will continue offering citizens of poorer countries the opportunity to evade their taxpaying responsibilities.

These factors, along with on-going aggressive pursuit of financial sector whistle-blowers (resorting at times to what appear to be non-legal methods) are on-going reminders of why Switzerland remains the most important secrecy jurisdiction in the world today, it says.

The Financial Secrecy Index ranks countries for the assistance their legal systems provide to money-launderers, and to all people who seek to protect corruptly-obtained wealth. “The higher the secrecy score, the more corrupt is. In order to create the Index, a secrecy score is combined with a figure representing the size of the offshore financial services industry in each country.” 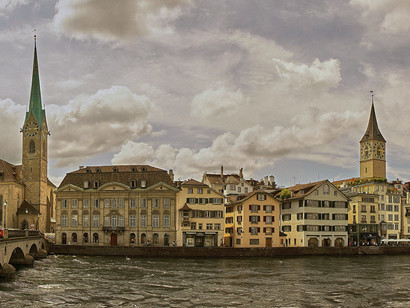 According to the report, the United States’ secrecy score (60) is rising, which results in attracting corrupt wealth. In 2013, the US was placed in the sixth place. In 2015 it jumped to the third in the rating. The Financial Secrecy Index ranks jurisdictions according to their secrecy and the scale of their offshore financial activities. The Index is a “politically neutral” ranking, and it is a tool for understanding global financial secrecy, tax havens or secrecy jurisdictions, and illicit financial flows or capital flight. According to this advocacy group, an estimated $21 to $32 trillion of private financial wealth is located, untaxed or lightly taxed, in secrecy jurisdictions around the world. Secrecy jurisdictions – a term the group often uses as an alternative to the more widely used term tax havens – use secrecy to attract illicit and illegitimate or abusive financial flows.

Illicit cross-border financial flows have been estimated at $1-1.6 trillion per year: dwarfing the US$135 billion or so in global foreign aid, Tax Justice Network reports. 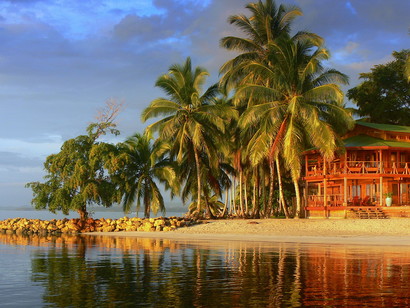 “Since the 1970s African countries alone have lost over $1 trillion in capital flight, while combined external debts are less than $200 billion. So Africa is a major net creditor to the world – but its assets are in the hands of a wealthy élite, protected by offshore secrecy; while the debts are shouldered by broad African populations.”

The advocacy network clarifies that yet all rich countries suffer too. “For example, European countries like Greece, Italy and Portugal have been brought to their knees partly by decades of tax evasion and state looting via offshore secrecy.” And it adds that a global industry has developed involving the world’s biggest banks, law practices, accounting firms and specialist providers who design and market secretive offshore structures for their tax- and law-dodging clients, adds the group.

‘Competition’ between jurisdictions to provide secrecy facilities has, particularly since the era of financial globalisation really took off in the 1980s, become a central feature of global financial markets.” 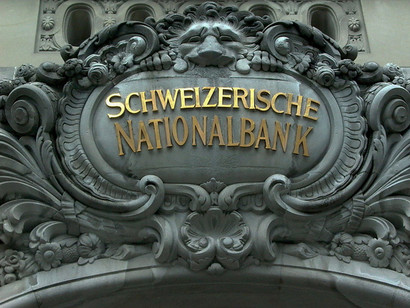 The Network also explains that the problems go far beyond tax. “In providing secrecy, the offshore world corrupts and distorts markets and investments, shaping them in ways that have nothing to do with efficiency. The secrecy world creates a ‘criminogenic’ hothouse for multiple evils including fraud, tax cheating, escape from financial regulations, embezzlement, insider dealing, bribery, money laundering, and plenty more.”

It provides multiple ways for insiders to extract wealth at the expense of societies, creating political impunity and undermining the healthy ‘no taxation without representation’ bargain that has underpinned the growth of accountable modern nation states, the group further explains. “Many poorer countries, deprived of tax and haemorrhaging capital into secrecy jurisdictions, rely on foreign aid handouts. This hurts citizens of rich and poor countries alike.” 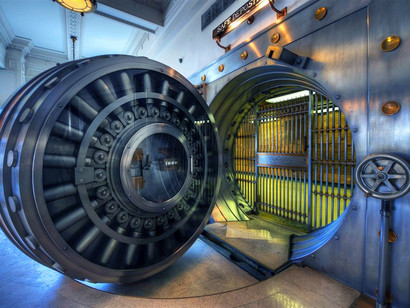 A vault in a bank

What Does This Index Mean?

In identifying the most important providers of international financial secrecy, the Financial Secrecy Index reveals that traditional stereotypes of tax havens are misconceived, says the Tax Justice Network, adding that the world’s most important providers of financial secrecy harbouring looted assets are mostly not small, palm-fringed islands as many suppose, but some of the world’s biggest and wealthiest countries. “Rich OECD (Organisation for Economic Co-operation and Development) member countries and their satellites are the main recipients of or conduits for these illicit flows.”

The implications for global power politics are clearly enormous, and help explain why for so many years international efforts to crack down on tax havens and financial secrecy were so ineffective, it is the recipients of these gigantic inflows that set the rules of the game, the network warns. “Yet our analysis also reveals that recently things have genuinely started to improve. The global financial crisis and ensuing economic crisis, combined with recent activism and exposure of these problems by civil society actors and the media, and rising concerns about inequality in many countries, have created a set of political conditions unparalleled in history. The world’s politicians have been forced to take notice of tax havens.” 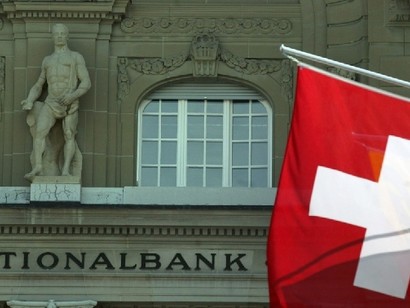 According to Tax Justice Network, world leaders are now routinely talking about the scourges of financial secrecy and tax havens, and putting into place new mechanisms to tackle the problem. For the first time the G20 countries have mandated the OECD to put together a new global system of automatic information exchange to help countries find out about the cross-border holdings of their taxpayers and criminals, it informs.

“Yet of course these schemes are full of loopholes and shortcomings: many countries are planning to pay only lip service to them, if that — and many are actively seeking ways to undermine progress, with the help of a professional infrastructure of secrecy enablers. The edifice of global financial secrecy has been weakened – but it remains fully alive and hugely destructive. Despite what you may have read in the media, Swiss banking secrecy is far from dead. Without sustained political pressure from millions of people, the momentum could be lost.”

The only realistic way to address these problems comprehensively, according to the Tax Justice Network– is to tackle them at root: by directly confronting offshore secrecy and the global infrastructure that creates it. “A first step towards this goal is to identify as accurately as possible the jurisdictions that make it their business to provide offshore secrecy.”

All that is fine… provided, of course, that politician manage to act with more autonomy –let alone independence– from the big finance pundits, look beyond their mandate, and take citizens-targeted decisions.