The Yitzhar settlers, who received money from the Kushner foundation directed by Jared Kushner, the son-in-law and senior advisor of U.S. President-elect Donald Trump, are considered extreme by Israel itself. 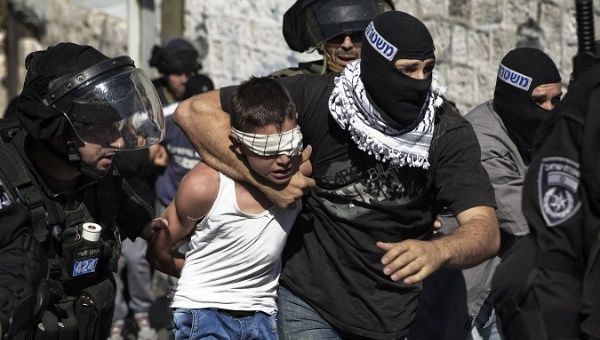 Locals at the village of Madma south of Nablus managed to thwart the attempt as the Yitzhar settlers tried to kidnap the two kids while they were attending to sheep on the outskirts of the village, Quds Press reported. The extremist settlers then retreated to their illegal settlement before Israeli forces began to throw tear gas at the local Palestinians.

Yitzhar settlement by the Palestinian city Nablus is home to the radical “Od Yosef Chai” group, which has received funds from the Kushner foundation directed by Jared Kushner, the son-in-law and senior advisor of U.S. President-elect Donald Trump.

Those Jewish settlers are even seen as radicals by the Israeli government itself. Yitzhar is seen as the birthplace of the settler movement “price tag,” which calls for attacks against Palestinians in retaliation for actions of the Israeli government against West Bank settlements that are not sanctioned by Israeli authorities.

“This particular yeshiva has served as a base for launching violent attacks against nearby Palestinians villages and Israeli security forces, as well; as a result, it no longer receives funding from the Israeli government,” Israeli left-leaning newspaper Haaretz said in a report about their activities.

Extremist settlers believe that the West Bank must be part of a greater biblical Israel that was promised to the Jewish people that stretches between the Jordan river and the Mediterranean sea. They reject the fact that the Israeli state entertains the mere rhetorical possibility of a Palestinian state.

Yitzhar settlers are notorious for their fanaticism and violent acts against Palestinians as they routinely destroy Palestinian olive groves and vandalize Palestinian property.

The news comes as the West Bank and Gaza have been rocked with unrest over the past two months over the Dec. 6 decision of the U.S. administration to recognize Jerusalem as the undivided capital of Israel, breaking with international accords stating that the fate of the city should be decided as part of a final peace agreement between Israel and Palestine.

Trump’s move has been welcomed by far-right pro-settlements figures within the Israeli government who have also publicly expressed their opposition to the establishment of a Palestinian state, arguing that Palestinian people do not exist and are just simply Arabs from other countries who have no roots in Palestine.