Wendell Willkie (1) was one of those shooting-star figures that occasionally cross the sky of the United States, a corporation lawyer known to the few concerned with corporation law as the able defender of big business, especially power and light companies against government regulations.  As the power and light companies had never been noted for their social conscience, such a background was hardly a useful start for a political career in 1939 when people were still climbing out of a long economic depression. 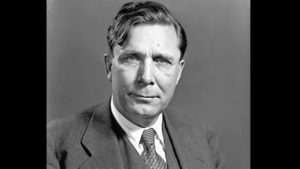 It was Russell Davenport, the editor of Fortune, the magazine edited for those whose main interest was money, who was Willkie’s major champion and chief speech writer during the 1940 Presidential campaign against President Franklin Roosevelt.  Davenport’s then wife, Marcia Davenport was also deeply involved in the Willkie team and gives a description of Willkie at the time

“He was an old-fashioned, hell-raising, hard-wrangling liberal, with some of the evangelism of John Brown and the Boston abolitionists.  But his concept of American democracy was middle-western.  He was the small-town Indiana grandson of German immigrants who had fled Europe in the revolutionary upheavals of 1848.  He was a Democrat, a man of the people, well-educated, self-made, belligerently independent, the antithesis in birth, temperament, tradition and education to the Hudson River Valley patroon in the White House.”  (2)

The 1940 election took place against the backdrop of the war which had begun with the invasion of Poland on the first of September 1939.  The United States was neutral, and the American public strongly divided as to what role the US should play, divided between those who were considered ‘isolationists’ and those who wanted to help Britain(3). Willkie was defeated, but he polled the biggest popular vote a Republican had ever won.  However, the “Old Guard Republicans” feared and hated Willkie more after the 1940 election than they had before.  They did their utmost to insure that no such a maverick would ever rise again.  By 1944 Willkie was pushed out of politics and died in 1944 at the age of 52.

In order to show the unity of the American people, Republicans and Democrats, once the US had entered the Second World War, President Roosevelt asked Willkie to go on a “good will mission” to the Middle and Far East with a stop-over in the USSR to see Joseph Stalin.

The result of the trip – a short one by today’s round-the-world standards – was the book One World.

“Today” Willkie began his book “because of military and other censorship, America is like a beleaguered city that lives within high walls through which there passes only an occasional courier to tell what is happening outside.   I have been outside these walls. And I have found that nothing outside is exactly what it seems to those within.”

Willkie foresaw the rise of the colonial peoples and their need for a higher standard of living.  He did not predict how bitter this rise was going to be.  There are several chapters devoted to Generalissimo Chiang Kai-shek, but only a paragraph to his conversations with Chou En-lai. “This excellent, sober and sincere man …of obvious ability.”

Willkie, with his long association with the business community, early recognized the importance of economic organization.  He wrote

One World quickly sold some two million copies, and the title became part of the political vocabulary.  People were called “one worlders” indicating that we all live in “one world” and that our social and political structures have not caught up with the fact. Wendell Willkie’s One World is rarely read today, but the term “one world” has passed into the common vocabulary – a sign that world consciousness exists in many unexpected places.

Anticopyright: Editorials and articles originated on TMS may be freely reprinted, disseminated, translated and used as background material, provided an acknowledgement and link to the source, TMS: Wendell Willkie (18 Feb 1892 – 8 Oct 1944): One World, is included. Thank you.