According to UNICEF, 99.5 percent of Cuban children under six years of age attend an early childhood education program or institution. 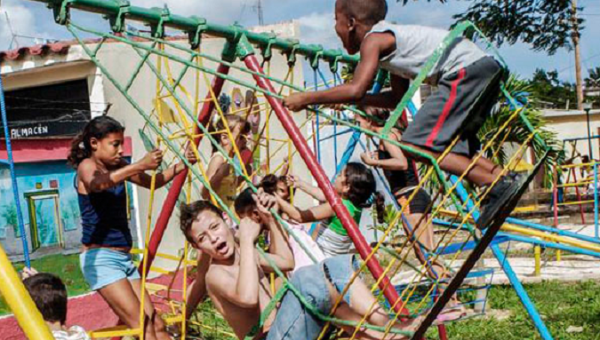 12 Mar 2018 – The United Nations Children Fund, or UNICEF, has declared Cuba a ‘champion’ in children’s rights.

María Cristina Perceval, the regional director for Latin America and the Caribbean region, said, Cuba’s exemplary model of early education, “Educa a Tu Hijo (Educate Your Child),” is being adopted by many other nations.

Perceval, who made the comments during a recent event in Cuba’s capital, Havana, also highlighted the significant advances made by the country in health. The Caribbean nation was the first to work towards the elimination of maternal and child transmission of HIV / AIDS in 2015.

Health and education policies form the core of Cuba’s socialist programs. Cuba first initiated the social program focused on children’s well-being, 26 years ago. The UNICEF in the region works in collaboration with the government in these social programs.

The ‘Educate Your Child’ initiative promotes the role of family and community in children’s formative years. Through the program, the government also prioritizes the participatory methodologies and social commitment in the area of child development.

“The government has installed a mechanism for communities to not only deal with emergency situations, but also with other phenomena, with efficacy, professionalism, and speed,” Perceval added.

According to the 2016 UNICEF report which cited the official statistics from the Ministry of Education, “There are more than 855,000 children under six years of age in Cuba, of whom 99.5 percent attend an early childhood education program or institution.”

“Cuba has adopted a holistic approach to early childhood development (ECD), providing children under six and their families with a system of integrated services that aims to promote the best start in life for all children and the maximum development of each child’s potential,” the report added.

Perceval also pointed out that communities have played an essential role in “allowing with much humility to work on what is lacking,” adding that there is work to be done against gender violence in the region.

“The Federation of Cuban women is immensely fierce, but we have known that violent practices could occur in public spaces and have insisted on eradication of all types of child abuse in communities and institutions,” The U.N. senori official added.