640.000 Tonnes of Fishing Gear Dumped in Oceans Every Year 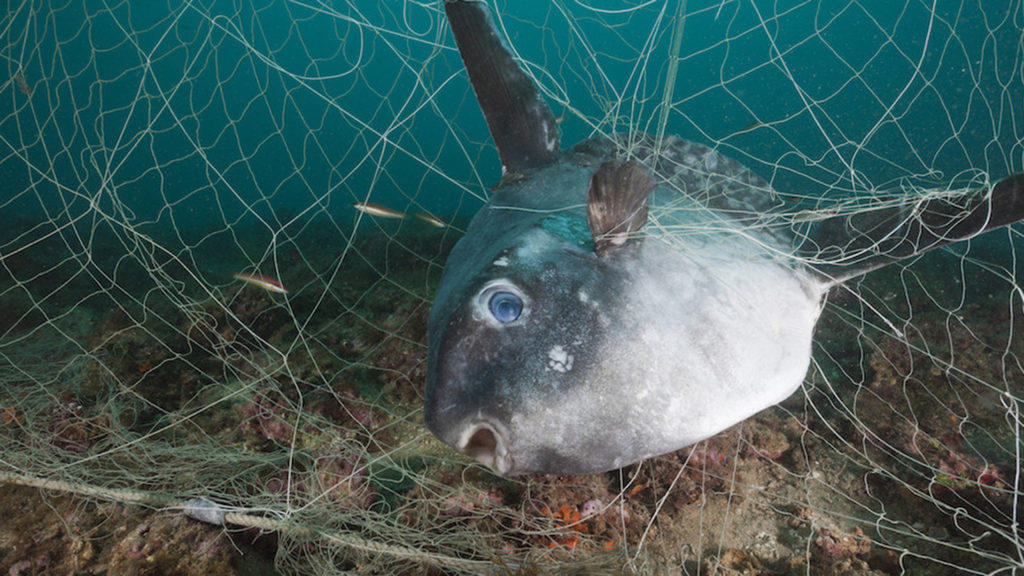 27 Feb 2018 – Ghost fishing. Sounds eerie, right? Unfortunately, it is indeed as eerie as it sounds. This is how the United Nations brings up another huge damage caused by human activities to the sole Planet we know – Mother Earth. But what is ghost fishing is all about?

“Abandoned, lost or otherwise discarded fishing gear is being recognised as a topic that we must tackle now for the sake of our marine environment and the people whose lives and livelihoods depend on it.”

At least 640 000 tonnes of fishing gear is thought to be lost or abandoned in the oceans every year, the world bodies report while estimating that one tenth of all waste in the oceans is made up of this “ghost gear”.

Killing fish and other species, such as whales, dolphins, seals and turtles (some of which are endangered), is one of the many devastating impacts of ghost gear.

Unfortunately, this is not the only problem.

In fact, they explain that derelict gear can also alter seabed and marine environments; it can create problems for navigation when ships get their propellers caught in it, in the worst cases leading to capsizing and fatalities.

And ghost gear can also be washed up on the beach as litter, becoming a danger to birds and other coastal species and a health and safety hazard for beach-goers.

How Does This Happen?

There are many different ways that fishing gear can end up in the ocean, FAO informs.

Storms or bad weather can sweep it off of boats into the water. The marine environment itself can cause fishing gear to break, or fishing gear may become so entangled in other objects in the ocean that it becomes too difficult to retrieve.

“Some fishing gear may have unclear ownership and, therefore, be abandoned without repercussion. Sometimes there may be no adequate facilities in ports for boats to dispose of their end-of-life gear. Fishing gear may also be deliberately dumped as part of illegal fishing or simply be the result of accidents and human error.” 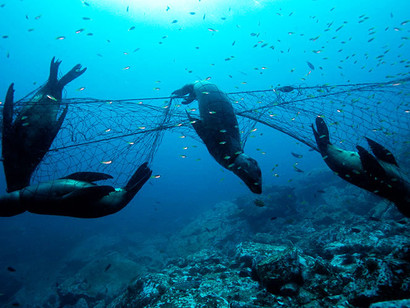 What Does All This Have to Do with Hunger?

All of FAO’s work is done with the goal of achieving #ZeroHunger. Whether obvious or not, ghost fishing is an important issue for this in two ways:

With the increasing strain that all of our natural resources are facing, we cannot ignore the vital role that marine life plays for the food security of communities and peoples worldwide.

Almost 200 million people depend on fisheries and aquaculture for their livelihoods. The more illegal or ghost fishing occurs, the fewer resources fishers around the world have to earn a living and secure food sources.

As well, the amount of fishing gear remaining in the marine environment will continue to accumulate and the impacts on marine ecosystems will continue to get worse if the international community doesn’t take effective steps to deal with the problem of marine debris as a whole. 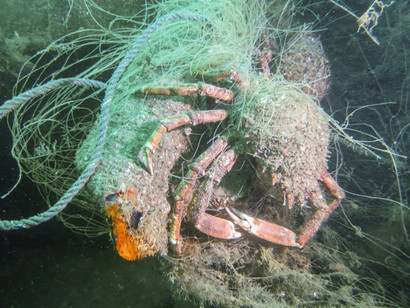 The Food and Agriculture Organisation recommends some feasible measure to prevent the oceans from being further destroyed:

Mark the Gear: Marking gear enables identification of ownership and encourages responsible management of fishing gear. It can be a good way to identify and understand where recovered gear originally came from and return it to its owner, not just to identify offenders.

Like many things, investing in the prevention of the problem through best practices, such as gear marking, may be more cost-effective than the clean-up required after gear is already lost. This is generally a better way of reducing this kind of debris and its impacts.

Improve Reporting and Recovery: Lost gear should be reported so that recovery efforts can be made. However, many vessels may not be able to retrieve the gear themselves because they lack the appropriate equipment or because it would be dangerous for the crew. Other vessels do not report losses because of fear of blame.

A “no-blame” approach could be adopted to remove the vessel’s liability for losses. Incentivised retrieval schemes could also be implemented so that vessels that are equipped to do so bring back not only their own gear but also other lost gear that they encounter at sea.

Stop Illegal Fishing: Although some gear is indeed lost by accident, some gear is abandoned as part of illegal, unreported and unregulated (IUU) fishing.

IUU fishing vessels sometimes dump their fishing gear when patrol vessels are nearby or when they have been denied entry to a port, FAO informs, adding that these ships are also less likely to report gear that may have been lost due to extreme weather conditions or human error. 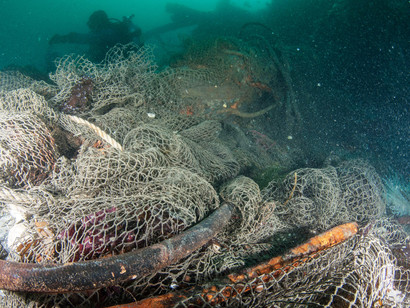 The consequences of ghost fishing are shocking.

The consequences are shocking. FAO in fact reports that such illegal, unreported and unregulated fishing human activity robs the world’s oceans of 26 million tonnes of seafood annually, bringing financial losses to a staggering 23 billion dollars a year.

Also that illegal fishing severely affects the livelihoods of fishers and other fisher-sector stakeholders and exacerbates poverty and food insecurity.

Being the United Nations an inter-governmental organisation… what governments are waiting for to act?