As Lies on Syrian Gas Attack Unravel, US and UK Shift to Claims of Russian “Cyber War”

18 Apr 2018 – On Monday [16 Apr], the US and British intelligence agencies released a joint report charging Moscow with unspecified “cyber warfare” against the West. The American media was filled with hysterical warnings that Russia may have hacked “millions” of personal devices as well as critical infrastructure. 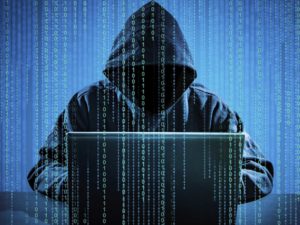 The tenor of the media coverage was epitomized by the New York Times, which labelled the intelligence agencies’ report a “computer-age version of a Cold War air raid drill, but asking citizens to upgrade their password rather than duck and cover.”

The coordinated campaign comes amid the unravelling of the official pretext for Friday night’s illegal US-British-French bombing of Russia’s ally Syria—the claim that the Assad government carried out a chemical weapons attack in eastern Ghouta on April 7.

On Sunday, the Independent published an on-the-spot report by well-known veteran journalist Robert Fisk, an expert on Middle East policy, who visited Douma, the town in Ghouta where a gas attack supposedly occurred.

Fisk spoke with Dr. Assim Rahaibani, who works at the medical clinic where the widely publicized videos were filmed showing children being hosed down with water, ostensibly to relieve poison gas inhalation. He quotes Rahaibani as follows:

“I was with my family in the basement of my home three hundred metres from here on the night, but all the doctors know what happened. There was a lot of [government] shelling and aircraft were always over Douma at night—but on this night, there was wind and huge dust clouds began to come into the basements and cellars where people lived.

This account is in line with statements by Russian authorities, who have charged that the White Helmets, the anti-Assad “rebel” organization funded by Britain, staged the gas attack under orders from UK intelligence to provide its Western sponsors with a pretext for intervention. Fisk notes that by the time he arrived in Douma, the White Helmets had already left to join fighters of the Islamic fundamentalist group Jaysh-al Islam, who fled Douma for Idlib under an agreement brokered with Russia.

Fisk’s report is a devastating exposure of the lies of the governments of France, Britain and the US, which have provided no evidence to substantiate their charges against the Assad regime. The imperialist governments’ narrative was immediately disseminated by a corrupt media that functions shamelessly as a propaganda arm of the state.

As the World Socialist Web Site insisted from the outset, the incident was a CIA-organized provocation to provide a pretext for imperialist intervention, continuing the seven-year-long US regime-change operation against Russia’s ally Assad, during which time Washington has armed and funded right-wing Islamist proxies.

Fisk’s report is at the same time a damning indictment of the corporate media, along with various pseudo-left organizations, such as the International Socialist Organization, which regurgitated all of the governments’ lying pretexts and made no effort to investigate them. The media has responded to Fisk’s report by burying it. In the 24 hours since its publication, neither the Washington Post nor the New York Times, which in 2005 called Fisk “probably the most famous foreign correspondent in Britain,” has reported on Fisk’s on-the-spot story.

The US government responds to each exposure of its lies by concocting new ones. The chemical weapons charge followed directly after the collapse of the unsubstantiated British and US claims that Russia carried out the attempted assassination on British soil of its former agent Sergei Skripal and his daughter Yulia, using a nerve agent. Both Yulia and Sergei are now on their way to a full recovery despite having supposedly been poisoned with the most fatal military-grade agent in existence.

Yesterday’s report by the FBI and the UK’s National Cyber Security Centre (NCSC), “Advisory: Russian State-Sponsored Cyber Actors Targeting Network Infrastructure Devices,” is no more credible. Like previous charges levelled by the intelligence agencies against Moscow, there is not a single piece of evidence contained in the document to back them up.

Out of its 21 pages, approximately 15 provide generic information about computer network security flaws commonly exploited by what the report refers to as “cyber actors.” They give generic advice for users and network administrators to improve digital security. These include not using “the same password across multiple devices,” avoiding unencrypted communication protocols, and replacing outdated hardware and security software.

The first six pages include the only references to Russia, but provide no details, much less evidence, of any specific activities. Every one of the charges against Moscow begin with phrases such as: “FBI and NCSC have high confidence that”; “the US and UK governments assess that”; they “have received information from multiple sources that…,” etc.

None of this has prevented the media in both the US and UK from dutifully amplifying the latest charges. A front-page article published by the New York Times, “US-UK Warning on Cyberattacks Includes Private Homes,” cites the comments of Rob Joyce, a special assistant to the president and cybersecurity coordinator for the National Security Council, declaring that Russians are “seeking to exploit the increasing popularity of Internet-connected devices” that “you and I have in our homes.”

Revealing more than it intended, the article states that the government document “had been in the works for a long period” and was “not a response to any recent events.” In other words, the intelligence agencies were awaiting the opportune moment to publish it. Its release serves several purposes.

First, to create a mood of panic in the population so as to facilitate a major escalation of the confrontation with Russia. Second, to counter the popular distrust in the media and disbelief of what is widely seen as the latest pretext for yet another war against a Middle Eastern nation, and, third, to suppress anti-war sentiment and legitimize the crackdown on democratic rights and censorship of the Internet, under the banner of combating Russian cyber warfare and “fake news.”

The connection between the drive to war and Internet censorship was made clear by the statements of Pentagon officials following the attack on Syria. US Defence Secretary James Mattis warned Friday that there would be a rise in Russian “disinformation” in response to the US and allied strikes. Pentagon spokeswoman Dana White stated that Russian claims that Syrian air defence missiles had shot down 71 of the 105 missiles fired on Syria were part of a disinformation campaign “that has already begun.” She said there had been a “2,000 percent increase in Russian trolls” over 24 hours.

These claims are aimed at identifying any statements that contradict the official narrative of the US government and military as foreign “disinformation” and essentially treasonous.

The FBI report is no doubt also aimed at fuelling the ongoing campaign by the intelligence agencies and the Democratic Party demanding that Trump further escalate the confrontation with Russia. The Times and the other Democratic Party-aligned media denounced the Trump administration’s announcement yesterday that the US will not at this time impose further sanctions on Russia, contradicting the statements of Nikki Haley, the US ambassador to the United Nations, over the weekend.

The Times quoted Democrat Eliot Engel of the House Foreign Affairs Committee, who said, “I am outraged that President Trump pulled back sanctions on Russia for its support of the Assad regime.” Times columnist Nikolas Kristof, who has made his career promoting imperialist wars in the name of “human rights,” praised the arch-reactionary Haley against Trump in an appearance on MSNBC, declaring that she was “much better regarded than almost any other member of the administration in foreign policy.”